"With MA-rated superhero movies like Deadpool and Logan paving the way, we now have our first superhero slasher film in Brightburn..."

"As there was with Deadpool and Logan, there’s a sense of liberation Brightburn derives from not being appropriate for children."

Superman loved human beings, but he might not have. Instead of sublimating the rages felt by all creatures into doing good, he might have wantonly torn apart a town or two. We got to see a little bit of that in the regrettable Superman III, known primarily for co-starring comedian Richard Pryor, in which Christopher Reeve’s title character went dark for about half the movie, and did things like lay waste to a bar by flicking peanuts at all its mirrors and bottles of hooch. A whole movie has not been devoted to the blackest impulses of a Superman type, however, until now.

With MA-rated superhero movies like Deadpool and Logan paving the way, we now have our first superhero slasher film in Brightburn, from director David Yarovesky and producer James Gunn. Without ever directly referencing the Superman mythology, Yarovesky and writers Brian and Mark Gunn (James’ brothers) have given us essentially a beat-by-beat Superman origin story – only with a boy who does all the wrong things with those powers. And the gore that follows is a pull-no-punches imagination of what could have gone awry with the young Clark Kent. 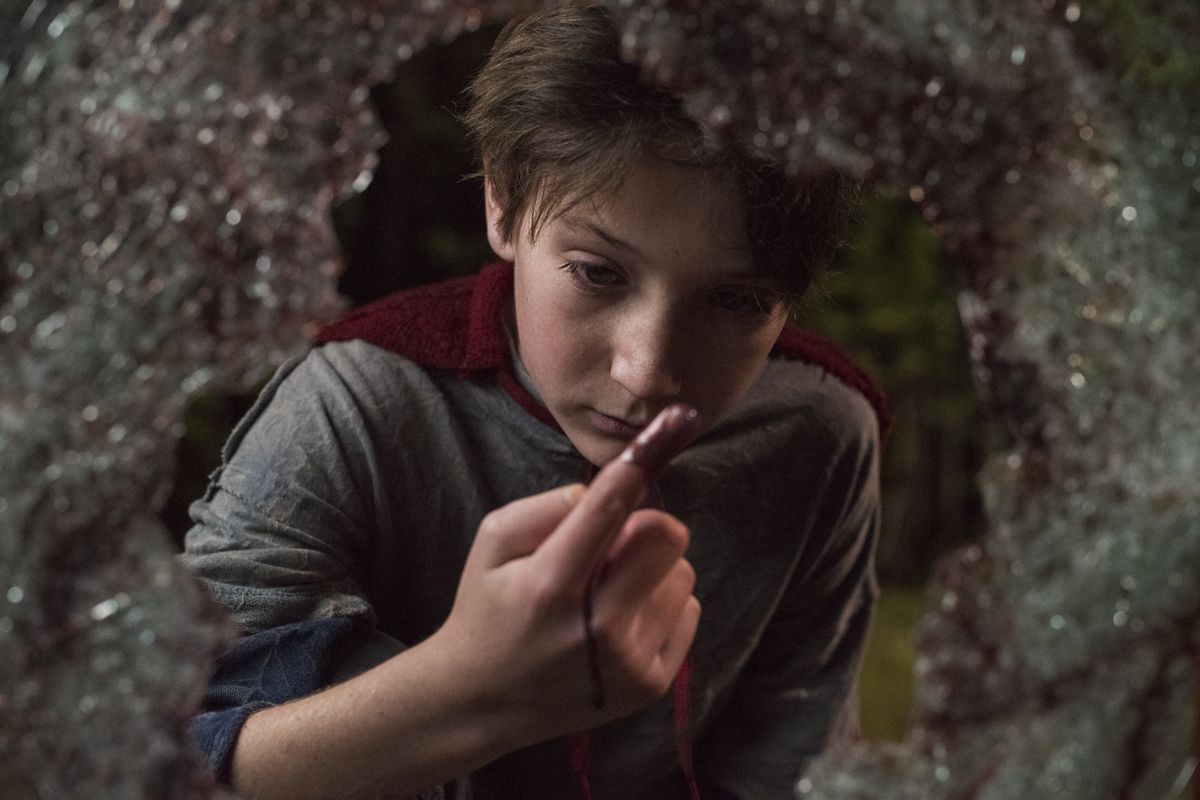 Elizabeth Banks and David Denman are in the Martha and Jonathan Kent roles. They play Tory and Kyle Breyer, a young couple living in Brightburn, Kansas, whose every attempt to conceive has been futile. It’s in the middle of one of these attempts that a meteor crashes in the woods near their farm. Except it’s not exactly a meteor. A dozen years later they’ve got a healthy and very smart son, Brandon (Jackson A. Dunn), who seems to be the apple of their eye. But there’s a reason Brandon is eccentric and gets teased by his classmates: He’s not of this earth. One day he yanks a lawnmower pull string too hard and it hurtles off into the distance. That red light emanating from the barn, calling out to him with guttural voices, portends no good.

As there was with Deadpool and Logan, there’s a sense of liberation Brightburn derives from not being appropriate for children. It’s not just the gore, which is impressive, especially in a scene involving a gruesome car accident. (Er, “accident.”) It’s the way people react to seeing some of the things young Brandon can do. The f-bombs fly fast and furious at each new dumbfounding example of supernatural phenomena, as they really would in real life, when “Golly” would hardly be the first vocabulary people would reach for. In a way it’s a small detail, and in something like Deadpool it would be done just for a sophomoric sense of thumbing its nose at politeness. Here it seems like filmmakers finally able to compliment our intelligence and present us with something that feels authentic.

If that’s invigorating, so are the tropes of a slasher film applied to a superhero movie. Brightburn is genuinely unnerving if not out-and-out scary, but unnerving might actually be worse. Brandon looks terrifying in his homemade superhero costume, which I suppose is actually a supervillain costume, and Dunn only enhances this with the dead eyes he brings to the table. He goes beyond creepy, but he makes Brandon’s situation tragic as well by first showing us flashes of a normal, even kind, young kid. That helps the film function as a metaphor for any real parents dealing with children who prove capable of monstrous things, when all they can see is their little angel.

Banks and Denman are great choices for this film’s parents. Denman is perhaps best known as Pam’s bad boyfriend on the U.S. version of The Office, a minor part, so he has a good everyman quality in the role. But he also does some heavy lifting in the acting department. Banks, a far more familiar face, proves why she is. Banks is primarily known for her comedic talents, but she masters the impossible range of emotions of a woman who is steadily discovering she made a big mistake when she decided to adopt the human-looking alien she discovered in the woods. He may be an alien, but he’s still her son. 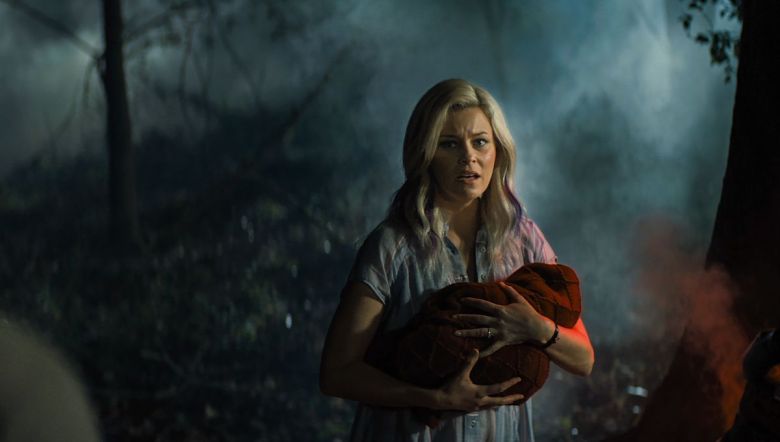 What gives Brightburn something extra is that it carries with it an overriding sense of doom. It’s not afraid to Go There on some of its more graphic displays of the possibilities of a child with this mindset and these powers, but it’s also not afraid to leave the redemption of that child in serious doubt. Because Brandon was a nice kid when we first met him, there’s a temptation to think we’ll see that kid again once he shakes off whatever madness is possessing him. Don’t be so sure. He may just be mad.