"In the quest for racial equality and harmony, a quest that is central to our culture in 2020, one needn’t and shouldn’t preach to the choir."

"One thing the film does share in common with Green Book is its less complicated portrayal of its African-American characters."

Countless world religions allow for the possibility of the absolute redemption of the human soul, upon a genuine act of repentance. Movie audiences might not be so charitable. Among the most challenging characters to redeem is a member of the Ku Klux Klan, but that is the tall order at the centre of the new film Burden, finally getting a release after making its debut at Sundance in 2018. The delay in finding distribution may have had something to do with the difficulty of relating to its main character, whose path toward righteousness is littered with violence and backsliding.

For this reason, though, Burden is also a courageous and ambitious film. In the quest for racial equality and harmony, a quest that is central to our culture in 2020, one needn’t and shouldn’t preach to the choir. Instead, a person needs to find the most loathsome examples of moral confusion and figure out how to change those minds. That Burden tries to do this at all is a supreme act of hope.

Then again, there are lines of dialogue that remind us what we are really dealing with here. At one point, Andrea Riseborough’s Judy says to Garrett Hedlund’s title character, Mike Burden, “I know you’re Klan but I still love you.” This is before he has taken serious steps toward reexamining his choices. In addition to that line by writer-director Andrew Heckler being awkward and even a bit self-parodic, it questions how good a person Judy can really be if she hasn’t just chosen another person in this world to give her heart.

Burden’s choice of protagonist is an early signal of what it’s trying to do here, and sort of telegraphs the outcome of this narrative that’s based on a true story. We spend the film’s entire first ten minutes with Mike Burden, a South Carolinian who has been indoctrinated in the ways of the KKK since childhood, when he was orphaned and taken under the wing of the local chapter’s grand dragon, Tom Griffin (Tom Wilkinson). It’s 1996, and using every bit of the constitution’s latitude for freedom of speech, the chapter has refurbished a run-down theatre and turned it into a mecca for hate. It’s all in the name: The Redneck KKK Museum.

Needless to say, this blight is met with resistance – peaceful, I’m glad to report – from a local religious leader, Reverend Kennedy (Forest Whitaker), an African-American. In many versions of this story, this would be our main character. Burden credits us with understanding that this man’s viewpoint is self-evident, and therefore, does not need to be delved into, as it has already been explored on film in the past. That doesn’t ever make it any less strange that this is a secondary character, albeit one with plenty of screen time and impact on the outcome of the narrative. It’s a bit like if BlacKkKlansman were told from the perspective of a halfway decent klansman or a secondary police officer rather than its actual protagonists. 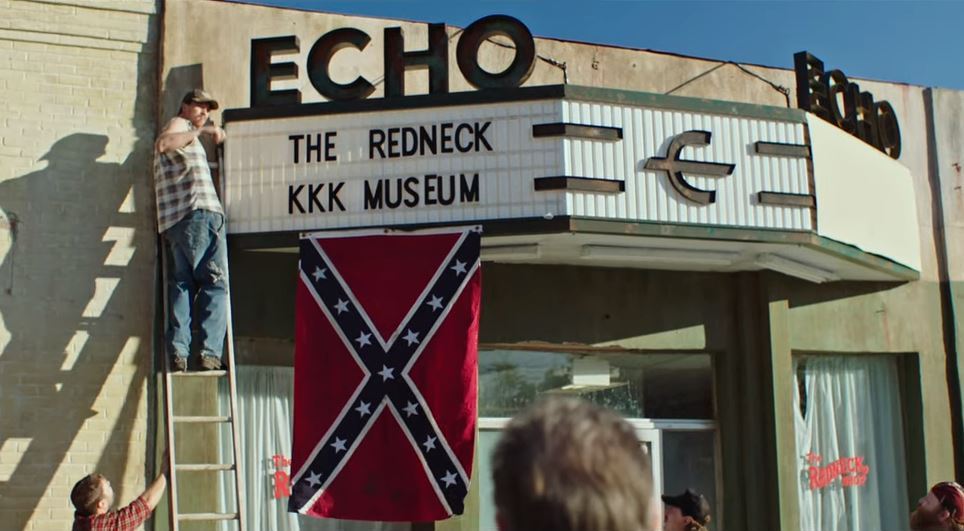 As protestors and the Klan clash, primarily through words, Mike has also started a love affair under those most romantic of circumstances – a visit to repossess the woman’s TV. Judy may not be fully enlightened, but she is Mother Theresa compared to Mike. Mike notices that Judy lets her son play with the son of an African-American man (Usher), who was actually Mike’s own classmate and one-time friend, and starts trying to explore the good buried within his own pestilent soul.

Burden doesn’t want to spoon-feed us this man’s conversion. Recent films like Green Book have drawn our collective ire for making it seem too easy for a racist man to disavow his racism. In that film, the main character throws away two drinking glasses because two African-American repairmen had drunk from them. Then, he basically doesn’t do a single racist thing for the rest of the movie. That achieves the effect of comforting us, at least those of us who like our redemption in neat and tidy packages that make us feel good, but it doesn’t represent truth. 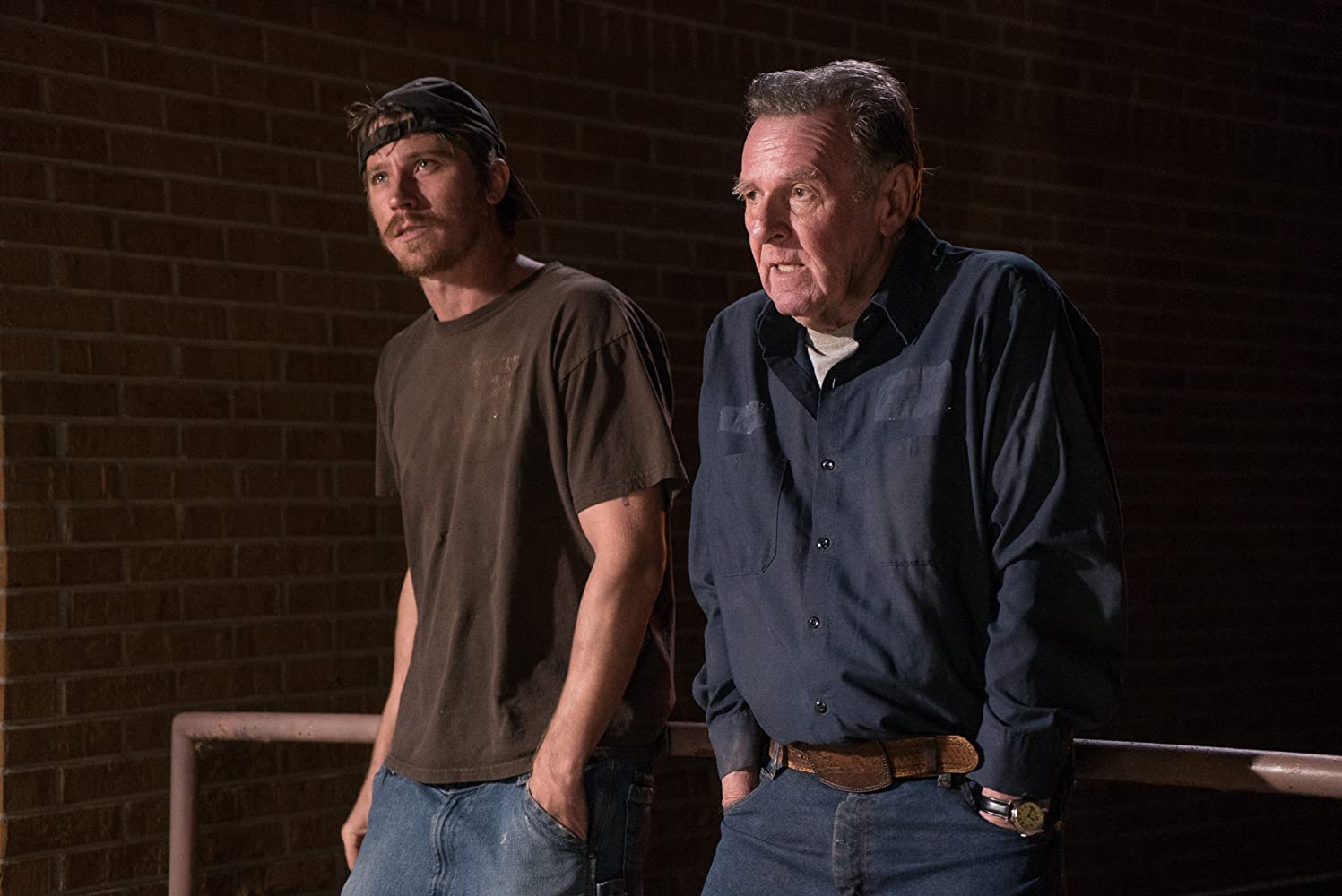 This is not how Mike Burden’s redemption looks. Even after we know his resolve is cracking and he is trying to unearth the reasonable person within, he still savagely beats a black motorist for reasons that only a true bigot could understand. This is likely what the actual struggle to becoming a better person looks like.

One thing the film does share in common with Green Book is its somewhat less complicated portrayal of its African-American characters. There’s an unfortunate tradition for films to bend over backwards showing us the goodness of their characters of colour. It’s a well-meaning tradition, to be sure, but it doesn’t convey the complexity of real human beings in its effort to err on the side of caution. Forest Whitaker brings depth to Reverend Kennedy in the intensity and earnestness of his portrayal, but as the character is written, some of the actions he takes are so saintly, so forgiving, that they defy our expectations of even the most dedicated men of the cloth. The possible historical accuracy of the portrayal does operate as a mitigating factor in this assessment. 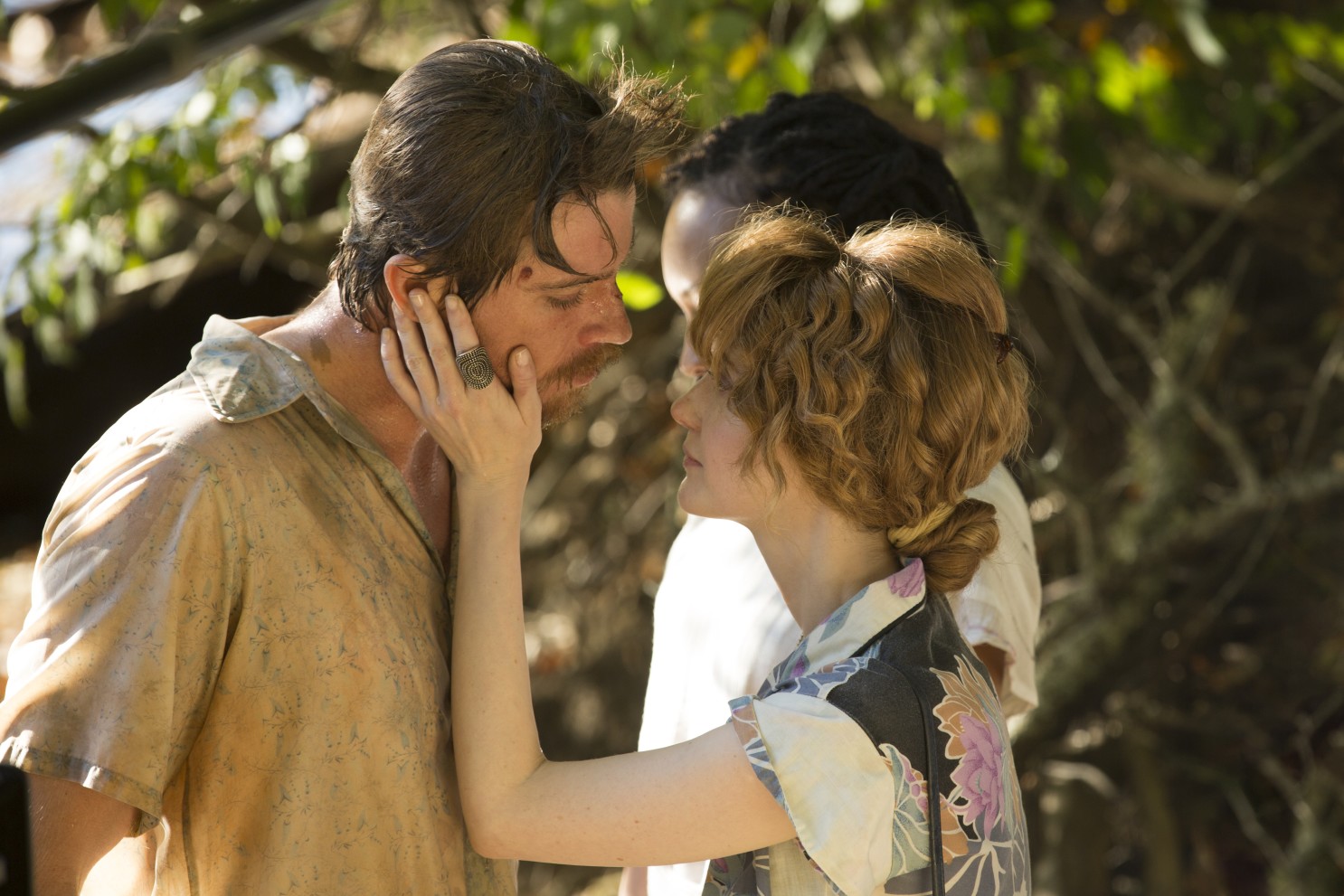 Andrew Heckler’s unwillingness to compromise and his dedication to a version of honesty are commendable. That said, it was always going to be difficult to spend as much time as we do with a man who believes in the essential extermination of a whole race of people – even when he’s trying to give that up. It’s difficult to clap someone on the back for repudiating his faults when they are this pronounced. He’s not guilty of indifference. He’s not guilty of name-calling and racial stereotyping. He’s guilty of heinous violence. Though the conversation may need to start with him, walking in his shoes for even a short time gives you the worst kind of moral blisters.

Burden is available to rent from the Foxtel Store from 4 June to 4 July.