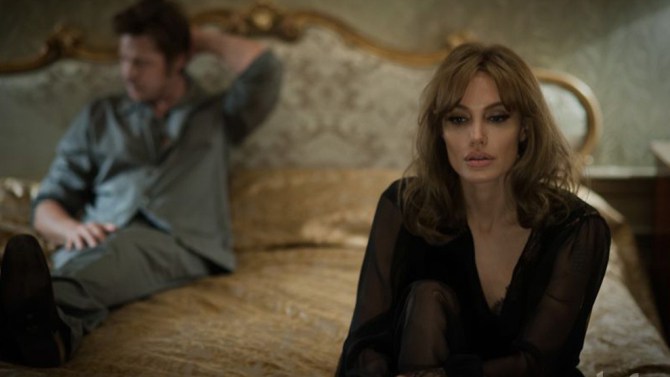 I rode my bike home from the screening of Angelina Jolie’s By The Sea. It was windy, overcast, hot, humid, and the ride from the cinema to my house was almost all uphill. I couldn’t help but wonder that when life could be as unforgiving as an uphill, sweaty, windy ride (I also got something in my eye, by the way, and it took a while to get it out), I’d also had to sit through By The Sea. This isn’t a slight to the film’s quality but rather a question regarding its intent. If a film insists on being as bleak as Jolie’s does, and By The Sea‘s bleakness suffocates its every frame, it better be with good reason.

Sam Mendes’ Revolutionary Road is a bleak film, and in many way it shares a lot in common with By The Sea, but the misery is justified by Mendes’ insight and skill. Jean-Luc Godard’s Contempt is another film that comes to mind and compares favourably to By The Sea. It’s entirely likely that Jolie saw them both when writing this film. She has an admirable creative energy but neither the filmic instinct and training nor the depth of vision to push By The Sea to a point where its beyond just watching miserable things happen to miserable people. And when some of us have uphill rides to get home, it feels slightly tacky coming from a wealthy film star. I’m sure Jolie has her share of misery, doubt and pain. She’s as much right as anyone to have her say on it all, but she doesn’t say anything with By The Sea.

Pitt is well cast and Jolie isn’t. She’s such a strikingly eccentric looking person, such a strange film presence, that it’s distracting every time she’s on screen. Pitt’s character feels like a real person, in spite of the awful dialogue he’s forced to deliver. Jolie’s character feels like she’s from Mars. There’s a certain realness that By The Sea pursues that’s shattered by Jolie’s presence. But the real issue with the casting is that it feel like a gimmick, something that’s accentuated by the fact that Jolie has added Pitt’s name to hers in the credits. By The Sea never feels like it’s about anything other than Brad Pitt and Angelina Jolie. 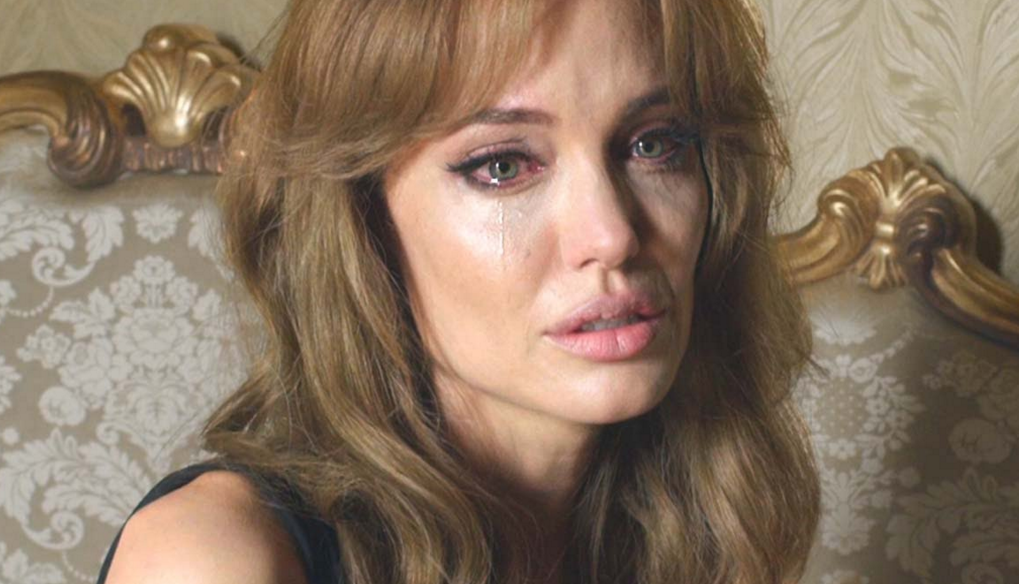 In a small French town on the sea, that should be too beautiful to exists but isn’t, a former dancer, Vanessa (Jolie) and her writer husband, Roland (Brad Pitt), arrive for a stay at the picturesque hotel. The first thing they do when they arrive is unpack, but it’s not the excited sort of unpacking that usually accompanies the beginning of a holiday. They’re not happy. At first it seems like her fault, but it might be just as much his. She can’t look at him. He’s meant to be working on a new novel but instead wiles away his days drinking at the local bar.

A young couple, Lea (Mélanie Laurent) and François (Melvil Poupaud) arrive at the hotel for their honeymoon and are put in the room next to Vanessa and Roland. Vanessa discovers a peep hole between the two rooms and begins to spy on the younger couple, especially while they’re having sex, which they do a lot. Eventually, Roland joins in the spying. There are some interesting avenues regarding the world’s two most desirable people being jealous of other sex lives or that presumption that everyone’s sex life is better than ones own that By The Sea threatens to explore, but never does.

“I think they are both fine people, going through something difficult,” a character observes of Vanessa and Roland. If that’s the case then we’re it’s never validated. There’s nothing to the misery and the characters other than misery and empty dialogue. Jolie Pitt clearly cares about Vanessa, but she never offers a compelling reason for us to care too. By The Sea is a beautiful film, with a beautiful score and a strong performance from Brad Pitt, but Angelina Jolie has mistaken anguish for drama.