"If you wondered what Kathie Lee Gifford would do after retiring from nearly 35 years on morning television in the U.S., well, this is it."

"You can see the places where they didn’t get enough coverage, so conversations important to the plot had to be recorded in post and played over b-roll of a car driving through the countryside."

Did you hear the one about the two talk show hosts who decided to make a romantic comedy for sixtysomethings, where one of them would also write the screenplay and the songs, and the other would emit curdled Scottish charm? I guess that’s both the joke and the punchline. If you wondered what Kathie Lee Gifford would do after retiring from nearly 35 years on morning television in the U.S., well, this is it. Craig Ferguson retired from U.S. late night television, also not really by choice, a bit longer ago, but he’s game enough to be her partner in crime. 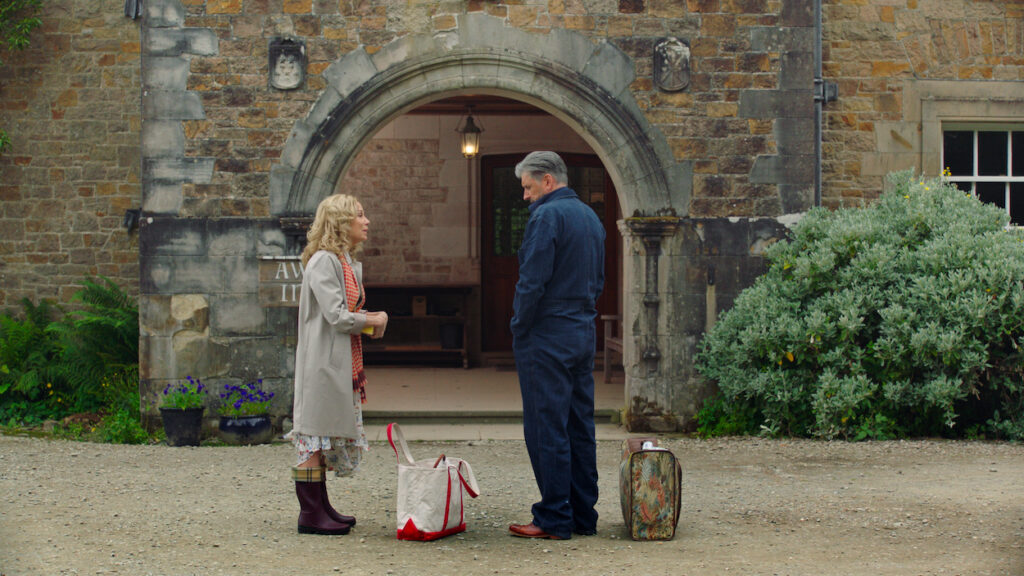 Good thing they are both professional flirters, as without the gregarious personalities they perfected over time, Then Came You really wouldn’t be much at all. It’s still not much, a film so slight it could easily blow away on the banks of the Scottish loch where it’s set, but try as you might, you can’t totally hate a movie starring people born with a talent for being likeable.

It’s also hard to hate a story that you know is extremely personal to one of them. Gifford lost her husband Frank in 2015, and it can’t be a coincidence that her deceased husband in the film has a name starting with the same fricative. Annabelle’s husband Fred died a year earlier, and Annabelle decides to travel the world visiting the locations of her and Fred’s favourite films. Fred will ride along as a passenger, ashes in an empty box of chocolates, a tribute to his own favourite film, Forrest Gump. (And just as Chekhov’s gun seen in the first act has to go off in the third, so must a box of ashes be unwittingly scattered to the wind before the story is over.)

Their first – and, spoiler alert, only – stop is a grand Scottish estate with only a single occupant: Howard (Ferguson), himself a widower, who has advertised his domicile as an inn. It’s hard to imagine that the building could be so immaculately clean, with lawns so neatly manicured, without a dozen staff servicing it, but no, it’s just Howard, a proper lord with a very improper sense of humour. He’s had to reduce his staff by 100% in order to hold on to the place in difficult financial times, though he does at least have an even more ribald and more Scottish best friend, Gavin (Ford Kiernan), to do odd jobs for him.

It’s no mystery, of course, that Howard and Annabelle are destined to be together, and not only because there’s not a single other character on screen for most of the movie. If the estate’s excess foliage has been pruned away, so too has any serious conflict that might stand in their way. We learn halfway through – again, spoiler alert – that Howard is, improbably, scheduled to be married in less than a week’s time. This plot development exists only to give Annabelle a flimsy rival in the person of Elizabeth Hurley, who appears in the middle for about ten minutes only to be almost immediately discarded. Before you even have the chance to say “It’s nice to see Liz Hurley on screen again,” she’s gone. (And after turning her nose up at this absolutely gorgeous estate – don’t forget, villainous characters must hold irrational positions on commonly observable truths – I suppose she deserves to be given the heave ho.) 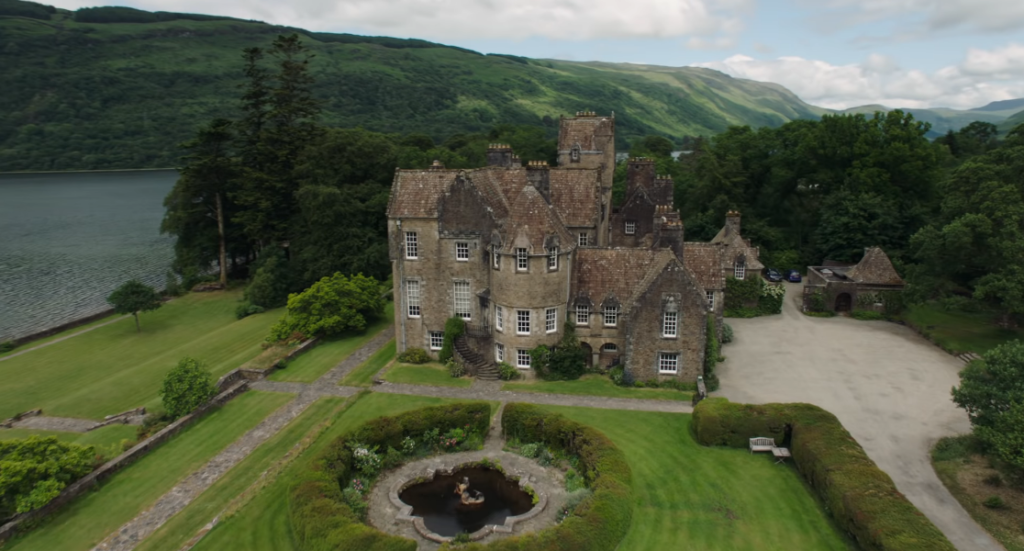 Adriana Trigiani is the director here, and because she is primarily known as a novelist, it’s not surprising that the requirements of directing a feature film largely escape her. You can see the places where they didn’t get enough coverage, so conversations important to the plot had to be recorded in post and played over b-roll of a car driving through the countryside.

To shift blame for this to anyone but Gifford, though, is probably uncharitable. Her script has some moments where it passably imitates the rhythms and set pieces of a standard romantic comedy, but it also has weird tangents that just don’t make any sense. For example, for no apparent reason, it is abruptly revealed partway through that Howard’s aunt was Fred’s mother, but had to give him up for adoption. (If you’re doing the maths, no, this does not make Annabelle and Howard related, thank goodness.) Why this is in there is anybody’s guess, though the scene of them visiting the wheelchair-bound woman is vaguely moving just because people should visit our wheelchair-bound elderly more often than they do. 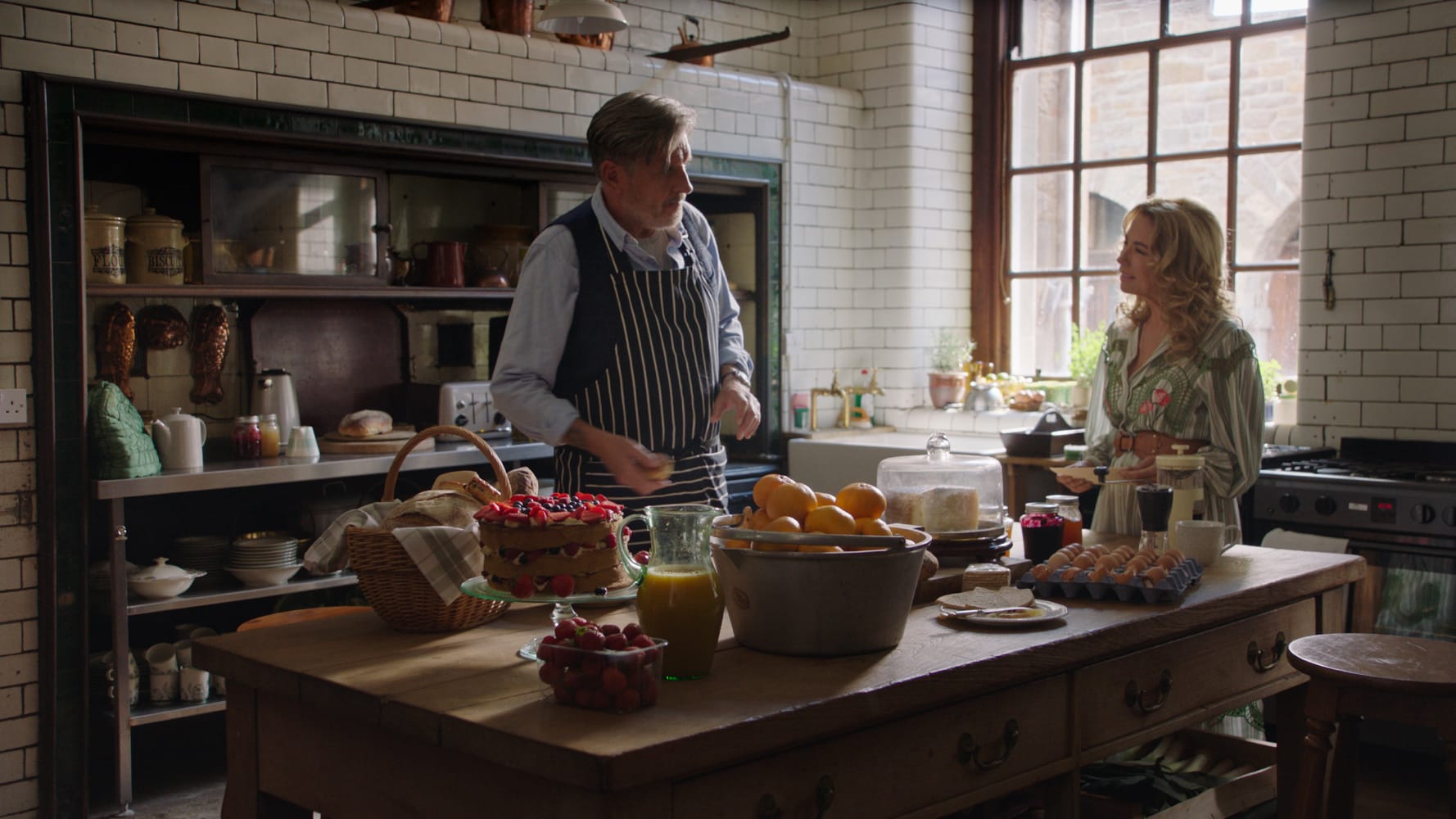 This is basically a total vanity project for the now 67-year-old Gifford. We are exposed more times than we can count to her 67-year-old legs, which, fair enough, could be confused for those of a 27-year-old. And though Gifford has also had a career as a singer and songwriter, it seems a bit puzzling that the movie keeps playing a song called “Whiskey and Wine,” a mediocre duet that is supposed to be one of the most well-known songs in the world of this film. Watch the credits long enough and you’ll realise that Gifford also wrote this, as well as a half dozen other songs that play in the film. 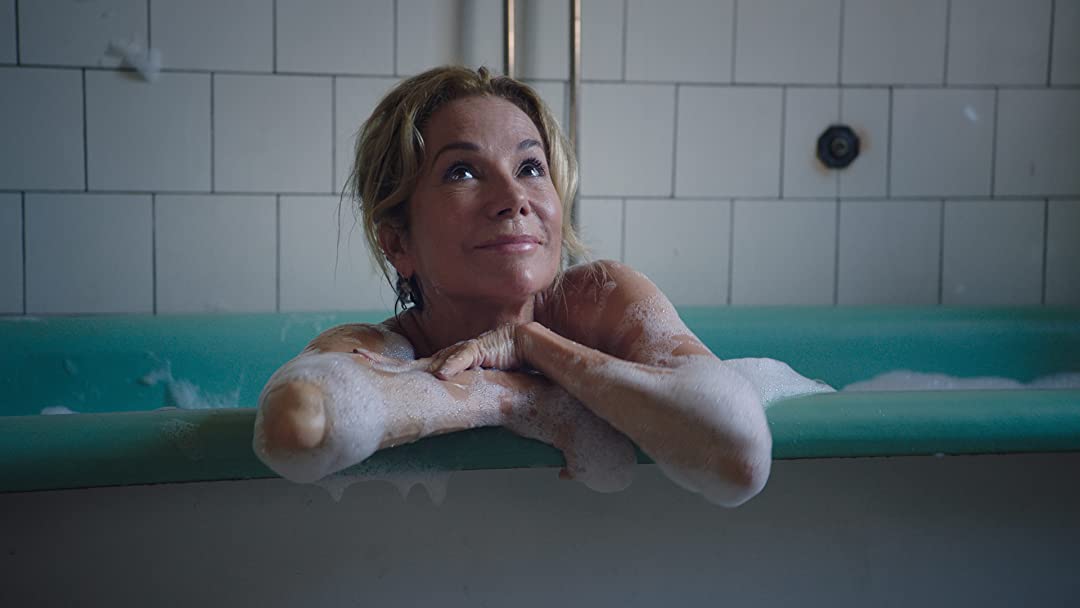 Then Came You would be a lot worse, though, if not for Ferguson and Gifford, who does excel as a performer if not as much in the other areas. Gifford has played herself more often in TV and occasionally the movies than she’s played an actual character, so this qualifies as a pleasant surprise. Ferguson, of course, was once a professional actor who won his way on to late night television on the strength of memorable performances in UK comedies 20 years ago. They do generate chemistry, even from some pretty clunky scenarios. And I suppose retirement from their day jobs could be worse; they could be doing — gasp! — nothing at all.

Then Came You opened in Australian cinemas on March 11.