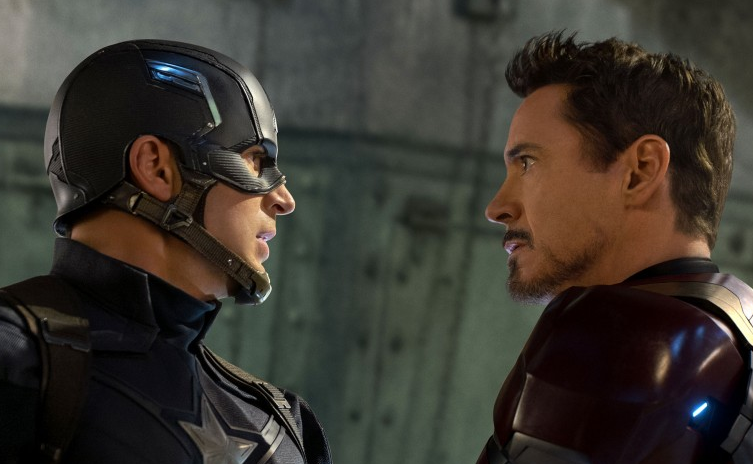 I took my notepad and pen along to the early screening of Captain America: Civil War, like I do with every film. I do it because thoughts come more naturally to me during a film than after it and my memory for those thoughts is peculiarly stunted, even immediately following a screening. I had the notepad at the ready as the film opened. And then something happened that I didn’t expect. I didn’t write a single note. I forgot to, because I was so engrossed by what I was seeing. Captain America: Civil War is not a perfect film but it is an extraordinary one, in the truest sense of that word.  There has never been a film like Civil War, because there has never been anything like the Marvel Cinematic Universe.

This is how Hollywood makes movies now. At the very least, it’s how Marvel makes movies and how Hollywood executives want movies to be made. The Jungle Book: Origins, Knights of the Round Table: King Arthur, Kong: Skull Island and Robin Hood: Origins are just a few films that are coming out within the next couple of years that are intended initiators of broader cinematic universes. Whether or not this is a healthy attitude toward filmmaking, I’m not sure, although the absolute creative failure of Zack Snyder’s Batman V Superman: Dawn of Justice suggests that its not. It’s important to remember that the film that launched Marvel’s ascent back in 2008 was called Iron Man, not Iron Man: Origins or Marvel Characters: Iron Man. Perhaps the best recipe for success is success. 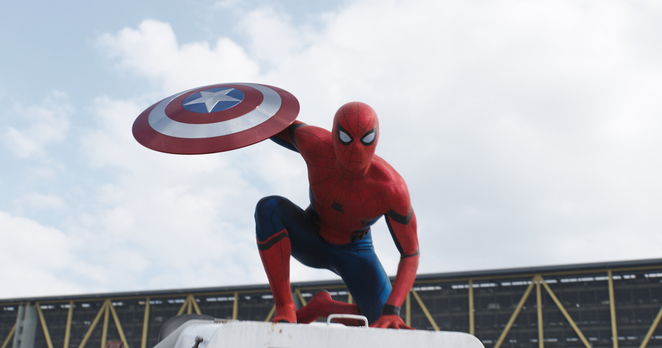 And yet even within the enormously successful Marvel film saga, which is beginning to play out more like a serial melodrama than a collection of individual films, there are successes and failures. Perhaps Marvel’s greatest achievement is that few of their films are awful. But just as few are notable. Those few are Captain America: The Winter Soldier, Guardians of the Galaxy and now, Captain America: Civil War. That success of the Captain America franchise over more superficially contemporary superheroes is a tribute to directors, Joe and Anthony Russo, who have on board the last two entries and will direct the upcoming Avengers sequels.  In my review of the previous Captain America film, I wrote: “…the fundamental concept of Captain America is patriotic in a way that has been antiquated for decades. Even the seminal motto of the virtuous Superman from the Richard Donner film, ‘Truth, Justice and The American Way”, has either been altered or disregarded entirely in more modern filmic interpretations of the character. And yet Chris Evans‘ Captain has emerged arguably the most relatable of the recent Marvel icons.” That comment remains accurate regarding the iteration of the character in Civil War. Nice guys can finish first, after all.

Civil War is the most significant consequence of the MCU. This is true from a production standpoint. It isn’t an Avengers film. We’ve had two of those, with different degrees of success, and at least two more are on their way. Yet Civil War is a Captain America film and almost all the Avengers take part. Iron Man will be in the upcoming Spider-Man film. The Hulk will play a role in next year’s Thor: Ragnarok. Is a repercussion of the MCU that these characters can’t be isolated by a narrative anymore? Iron Man, Black Widow, Vision, Ant-Man, Black Panther, Spider-Man, War Machine, Scarlet Witch, The Winter Soldier, Hawkeye and Falcon all have significant roles to play in Civil War. It’s difficult to see how they won’t have to converge going forward. 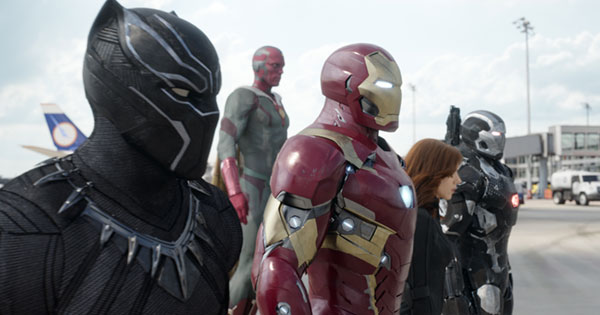 Civil War is also the culmination of the MCU in terms of character development. That’s an element of filmmaking most Marvel films consider secondary to action and character establishment. In Iron Man 3, Tony Stark was traumatised by the events of The Avengers. In Avengers: Age Of Ultron, Bruce Banner felt ashamed at the destructive capability of his alter ego, The Hulk. That’s depthless character development. What the Russo brothers, along with writers Christopher Markus and Stephen McFeely, have managed in Civil War is a real climax of where all these Marvel characters have been heading since 2008, particularly its two focal points, Tony Stark (Iron Man) and Steve Rogers (Captain America). Those two characters make substantial decisions in Civil War that belie what’s come before, but cohere with their personalities nonetheless.

Stark (Robert Downey Jr.) wants the Avengers to sign the ‘Sokovia Accords’, a bill that will allow the government to monitor the activity of all superheroes. The Captain (Chris Evans) believes the bill is a restriction of freedom, not willing to accept total control by anyone. The team is split down the middle and the film manages to convey both points of view so convincingly that watching them fight is genuinely distressing. 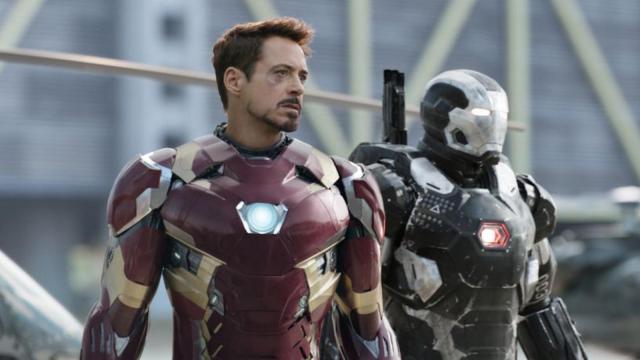 There’s too much going on in Captain America: Civil War. That’s the only meaningful criticism I have of the film, but it’s an important one. There are characters, such as Spider-Man, seemingly forced on the filmmakers in the name of what’s to come in the MCU. At its most coherent, Civil War is a direct sequel to the events of The Winter Soldier. That may sound obvious, but it’s true nonetheless, and it’s something that may have been lost within the chaos. It often almost is. Two friendships mark Civil War: Captain America’s friendship with Stark and his friendship with Bucky Barnes. Civil War has a lot to say about friendship and what sacrifices should be made in its name. Remarkably, a lot of it has emotional resonance.

I’m not an enthusiastic follower of what Marvel’s filmic output. I gave Guardians Of The Galaxy a perfect score, which is rare, but that saga hasn’t become overly inhibited by the constraints of what being part of the MCU entails. I’ve been diverted at points by almost all of the Marvel films and bored at points by just as many. But I’m as human as the next fellow and when superheroes are realised on film in as an accomplished way as they are in Captain America: Civil War, who am I to ignore my own self? My notepad remains unfilled. As my friend and I left the screening, I turned to him and blurted out, “That was fucking awesome!” I’m seeing it again tomorrow.