Comparing movies that belong to the Marvel Cinematic Universe, a juggernaut of a filmmaking entity that is unlikely to abate its output anytime soon, is a bit like considering the quality of twenty-one McDonald’s cheeseburgers, each consumed at different points. The McDonald’s cheeseburger exists to fuel a pecuniary drive far more intense than that of the average burger vendor. All filmmaking ventures, like all burger joints, are businesses, but I’m inclined to believe that quality of cheeseburger is a relatively meagre concern to the corporation that drives their existence.

The average McDonald’s cheeseburger is at least good enough to sustain widespread public interest in their continued existence. Some, depending on how disgruntled the teen employed to make them may be, are terrible. Thor: The Dark World is one such cheeseburger. On very rare occasions, you strike upon a McDonald’s cheeseburger that is exceptionally assembled. Captain America: The Winter Soldier was one of the MCU’s more delicious cheeseburgers. But you rarely feel good about eating a McDonald’s cheeseburger, even when it does happen to be delicious, because you always know that you’re abetting the system. You’re a cog in the machine. You work for Marvel, not the other way around. 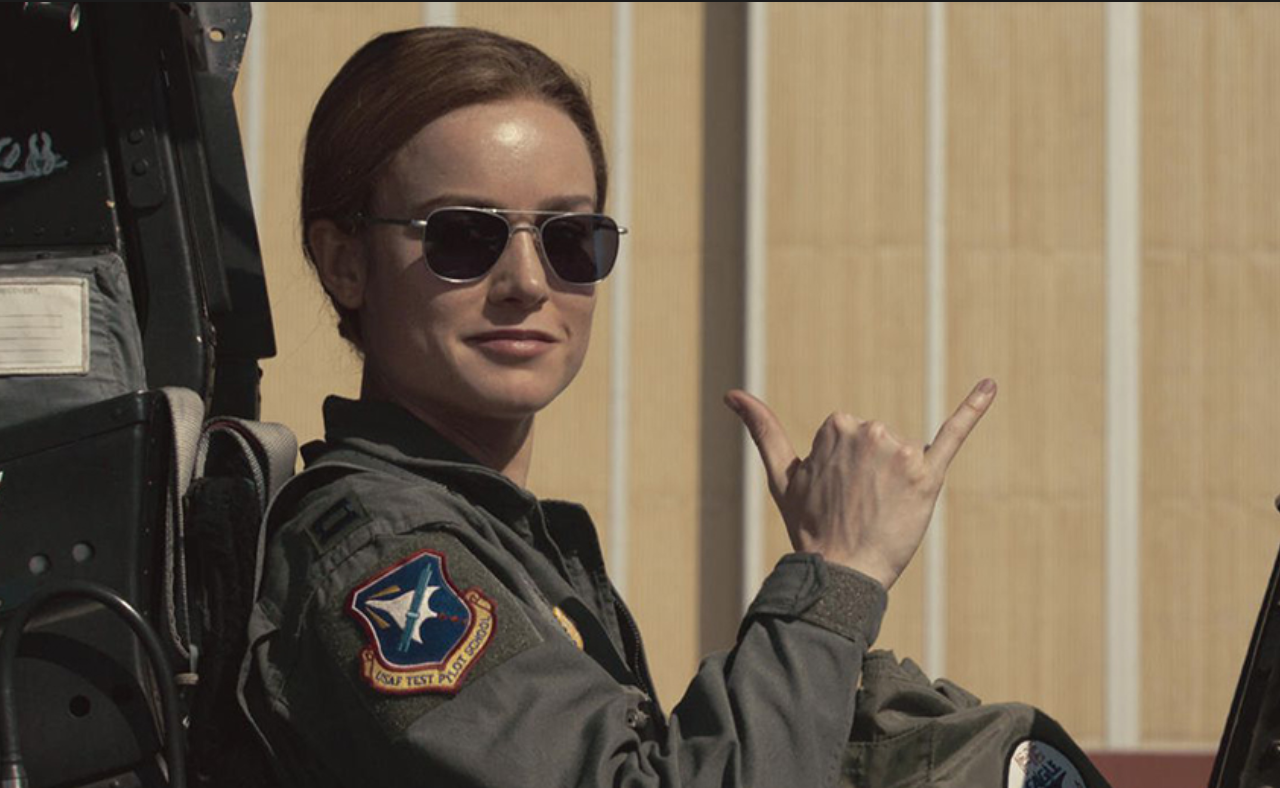 Captain Marvel, the latest Marvel cheeseburger, is a markedly woeful entry into the inexorable franchise. It is the twenty-first film to be released within the narrative context of the MCU. If it had just been a bad film then that would have been one thing but that it is a bad film because it has been made within the creative confines of Marvel’s machinations is another. You’re a cog in the machine, eating a sub par cheeseburger, and it doesn’t even feel good.

The film suffers principally from two distinct problems. The first is that it is haphazardly constructed. Captain Marvel is directed by husband and wife filmmaking duo Anna Boden and Ryan Fleck. Their most distinguished film to date is arguably the 2006 drama Half Nelson. Captain Marvel is their largest film, by a significant margin. Their discomfort on this larger canvas is immediately evident.

Scenes flow chaotically through one another with little regard toward structure or purpose. By the time something has happened and you realise it, the film has long since moved on. This is problematic filmmaking because it ignores the fundamentals of narrative cinema. If editing is the soul of cinema (and there are many arguments for the case), employed to construct a form of art impossible in any other medium, then Captain Marvel is soulless for more than just the obvious cheeseburger-esque reasons.

The second problem is the titular character. Captain Marvel (though I am unsure whether she is ever referred to as such during the film), as written and as played by Brie Larson, is bland. A superhero who can do anything negates the purpose of superhero films. Indiana Jones, not a superhero but of a similarly pulpy ilk, maintains such broad and sustained appeal because he is always on the edge of failure, pushing his limits in order to prevail. Batman, without superpowers, assumes the capabilities of a superhero because of his strength of will. And also money. Captain Marvel is extraordinarily powerful at the outset of the film. By the end she is even more powerful. She is never tested, in any manner. She meanders through obstacles, unperturbed. 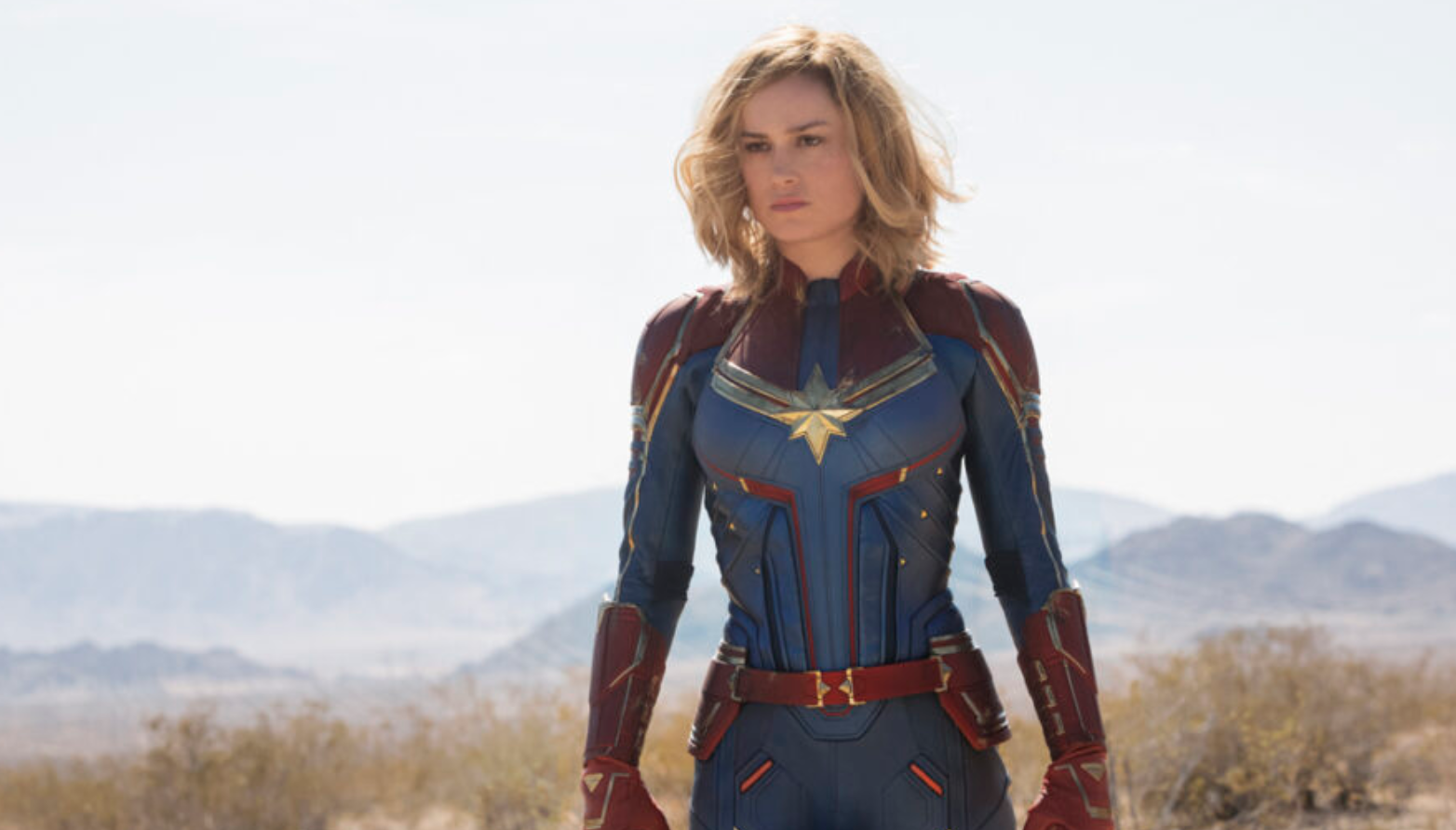 Nothing in Larson’s performance suggests the spark the character might have needed to overcome an uninspiring set of mega powers in order to generate a bit of interest. If cool to the point of being unfazed was what Larson was going for then she has failed, instead projecting little more than blunted enthusiasm in everything that goes on around her.

It is a shame that it has taken Marvel twenty-one films to produce a female protagonist. It is even more of a shame that this is the female protagonists that it has produced. “There’s nothing more dangerous to a warrior than emotion,” Jude Law‘s Yon-Rogg informs Captain Marvel. A bit of emotion might have helped. Maybe some coherence. Certainly some imagination. If Captain Marvel is the key to resuscitating the world in Avengers: Endgame, we ought to expect more whimper than bang.