"Lars Klevberg’s film revives a series that went way past self-parody on its first go-around. "

"Aubrey Plaza has been a welcome sight on screen ever since she stopped taking roles where her primary character trait was snark. "

There were two movies released in Australia on the 20th of June about toys that come to life. The biggest difference is that the toy in one of these movies kills people. However, the basic conceit is not the only similarity between Child’s Play and Toy Story 4. Both feature a young boy named Andy, interestingly enough, though the Andy in Toy Story has since gone off to university, and is seen only in a few flashback scenes at the beginning. You might suggest naming the character in Child’s Play “Andy” was a bit of cheek on the part of the filmmakers, except that the boy in the original Child’s Play, which came out in 1988, was also named Andy. Maybe the folks at Pixar were the cheeky ones.

Of course, the name to know in Child’s Play is Chucky, and Chucky isn’t cheeky at all. Chucky is a talking red-headed doll with a mullet, and according to this film, that’s the market-tested appearance a tech giant is going with for their “smart home” assistant. Buddi, as the product is known, can control any product in your home as long as it was made by Kaslan Industries. Kaslan isn’t the model of corporate beneficence, though, as these dolls are assembled in sweat shop conditions in Vietnam. A supervisor physically and verbally abuses one particular worker, sacking him on the spot, but asks him to “finish the Buddi he’s working on first.” Bad idea. If you fired a chef before he finished the food he was working on, he’d spit in it, and this guy turns off all the settings that inhibit Buddi’s ability to use bad language and hurt people. You’d figure you wouldn’t have an option to turn that kind of thing on and off in the first place, but okay. 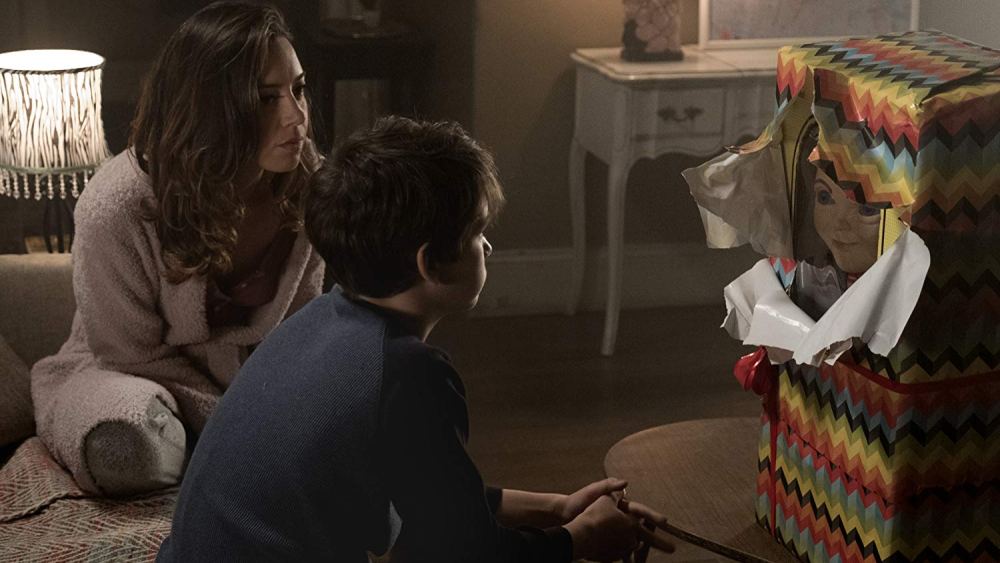 That particular doll makes its way to the U.S. and is purchased by Karen Barclay (Aubrey Plaza) for her son, Andy (Gabriel Bateman). Actually, she intercepts a Buddi that was returned to the store where she works, Zed Mart, because its eyes had turned red, and it seemed “off.” But Karen doesn’t have a lot of money so this becomes an early birthday present for Andy, even though he’s aged out of talking dolls who sing songs about being “your best friend.” The doll names itself Chucky. Because it can say bad words, and Andy’s a bit lonely after yet another move, he does start playing with it and telling the doll his problems. Andy’s also got a disagreeable cat, not to mention a bastard would-be stepfather dating his mum. Unfortunately for them, these are the types of threat an uninhibited Chucky takes notice of.

Lars Klevberg’s film revives a series that went way past self-parody on its first go-around. After the original Child’s Play there were the increasingly ridiculous titles Child’s Play 2, Child’s Play 3, Bride of Chucky, Seed of Chucky, Curse of Chucky and finally Cult of Chucky, the last of which was just two years ago. Only a select few brave souls would know how far things had gone off the rails by the last one, and this reviewer is not among them. But it was definitely time for a proper reboot, especially as 21st century robotics are reaching a point where you might really have a doll that would appear to have some intellectual autonomy bordering on artificial intelligence. Whereas the original Chucky attained his power after a serial killer transferred his soul, this Chucky bears the spectre of artificial intelligence gone wrong, which might be scarier (or more believable, anyway). This Chucky is more like a clingy stalker who misunderstands the best ways to protect his “best buddy,” which also gives him kind of a tragic and pathetic element.

While this choice works, the thing that really gives Chucky his creep factor is another inspired bit of vocal work from Mark Hamill, the erstwhile Luke Skywalker. That Hamill could both play one of the most iconic cinematic heroes of all time, and also do an unforgettable rendition of the Joker in various animated incarnations of Batman, hints at his underappreciated range as a performer, which is well on display here. He’s got a sing-songy voice not dissimilar to Teddy Ruxpin or other toys that really did exist in the late 1980s, but one that also reminds a person a bit of a sinister circus clown (is there any other kind?). You can tell Hamill is having a tonne of fun, and he transfers that experience to us. 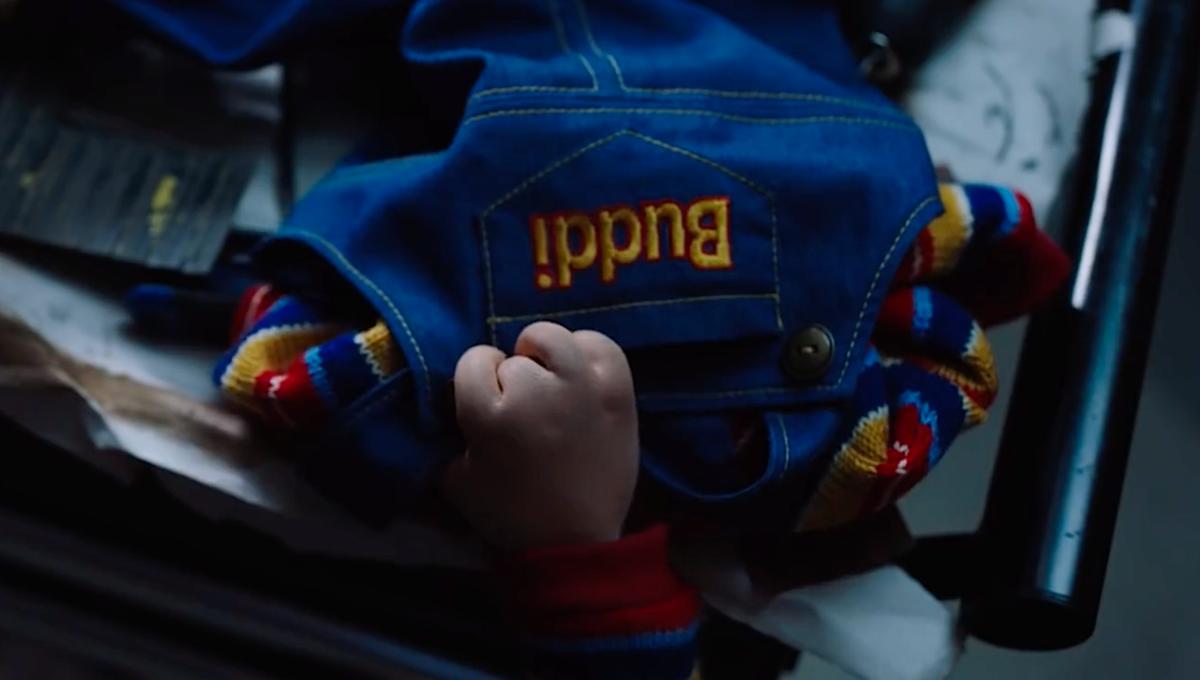 Smart casting, where it was certainly not needed, distinguishes this version of Child’s Play in general. Aubrey Plaza has been a welcome sight on screen ever since she stopped taking roles where her primary character trait was snark. She’s a funky choice for the role of Andy’s mother, and really pulls it off, not only disarming us with her unexpected line deliveries, but delivering real emotion in scenes where most horror movies would have been happy with whatever “just another pretty face” could give them. But where the casting director really went right was in getting Atlanta’s Brian Tyree Henry to play the cop that lives down the hall from Andy and his mum. What Henry brings to the role is harder to pinpoint. He’s funny, but being funny originates from how cool he is, but he’s also got a real knack for the heavier moments in which the plot involves him. If you’ve seen Atlanta, you get it.

Child’s Play goes as far as it does because we do, indeed, “get it.” To call this movie scary would be inaccurate. To call the kills inventive would also not be quite right, with one notably gruesome exception. The film isn’t totally horror comedy either, though if it were going for any one thing, that would probably be it. Really, it’s just fun. It’s nostalgia, it’s homage, it’s winking at us but it’s also sincere. It’s both artificial and intelligent.