"Listen to as many George Clooney acceptance speeches as you want, the American film industry isn't actually ahead of the curve. "

"This is not a film in which intensive analysis will be of much benefit. "

Crazy Rich Asians is the first Western-produced film with an only Asian cast in twenty-five years. That’s not a piece of trivia that I can stake claim to, rather it’s the first fact that appears in the trivia section of the film’s IMDb page. A cursory internet search failed to uncover exactly what that film twenty-five years ago was. The Joy Luck Club, perhaps? Who knows how many years before that the last Western-produced film with Asian leads was released, if there was any. The point here is that Asians are woefully underrepresented in Hollywood.

Listen to as many George Clooney acceptance speeches as you want, the American film industry isn’t actually ahead of the curve. That it dictates Western popular culture so much to engender an odd, unfamiliar feeling – initially – while watching a romantic comedy starring Asians is troubling. We’re used to not seeing Asians in movies funded by Americans. When we do it’s always a familiar handful – John Cho, Ken Watanabe, Michelle Yeoh – who occupy supporting, roles. Jackie Chan get lead roles, in films tailor made to his distinctly Asian form of entertainment – it’s exotic, not normal, Hollywood wants us to know, and besides, it’s the exception. 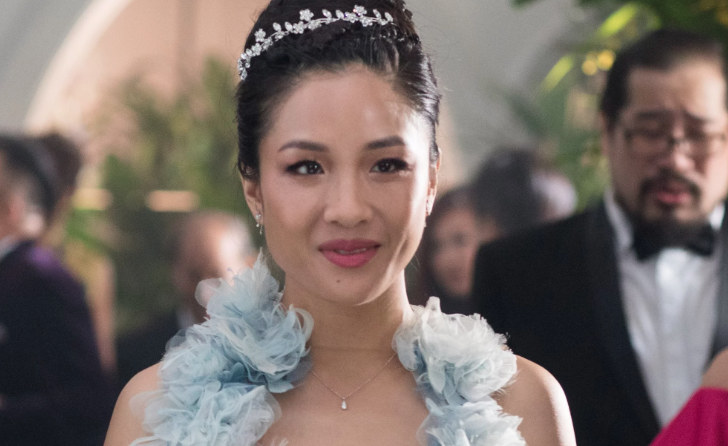 Without wanting to reduce what can be a wonderful genre, I’d suggest that Crazy Rich Asians is a romantic comedy like many other romantic comedies. This particular example adheres to old blueprints; we’ve no need to doubt where Crazy Rich Asians will take us or how it will take us there. Whether you’re going to enjoy it will largely depend on whether this particularly manipulate form of formula works on you, and whether you enjoy it working. I’m a sucker for this sort of stuff.

Rachel Chu (Constance Wu) is an economics professor at New York University. She is dating Nick Young (Henry Golding), who she thinks is just a regular, economy-flying poory like the rest of us. He uses her Netflix password, he frequents a particularly crummy gym. But he’s actually the air to the most significant fortune in Singapore, and she’s none the wiser.

That’s until he invites her back to Singapore to a family wedding. The first giveaway is the first class seats. The rest falls into place pretty quickly. He’s essentially Chinese royalty, she is told. She’s also informed fairly promptly that she’s not good enough. They’re crazy rich, but they’re crazy, rich.

Crazy Rich Asians certainly engages in concepts that are unique to the culture in question. There is a great deal of issue taken with Rachel as a result of ethnological customs dating back centuries. But what’s most notable about the film is how it enthusiastically practices cliches that have been long established in Western cinema, simply with a cast that doesn’t reflect Hollywood’s classically racist priorities. 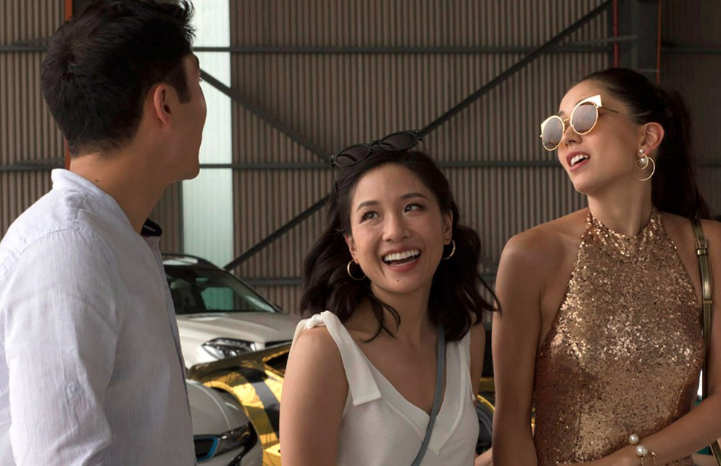 Nancy Yuen, author of “Reel Inequality: Hollywood Actors and Racism, wrote that “Asian-Americans are asked to embody the same stereotypes that were invented by white folks in ‘yellowface,’ that’s the racist legacy that is imposed upon Asian-American actors to this day.” She’s right. Racism in Western-funded filmmaking is rampant. It’s not just Mickey Rooney’s disheartening Mr. Yunioshi fifty seven years ago. It’s still happening, a lot.

This is not a film in which intensive analysis will be of much benefit. It’s fun, it’s light, it has one of the odder (not deliberately) wedding scenes in recent memory and it’s enough for people with low expectations. That shouldn’t be me, but on a cold Wednesday night, as a chump for contrived romance in film, it was. Crazy Rich Asians may be a slight movie but it’s a genial step in the right direction for Hollywood, a step toward jettisoning the narrow scope in ethnicity and culture that has determined its content for the past century.