"The franchise that heralded an era that changed Hollywood forever has failed to evolve alongside the work that it inspired. "

"...it's for the best that X-Men is taking a step back albeit with a whimper rather than a bang."

The franchise that heralded an irrevocably Hollywood-altering era has failed to evolve alongside the work that it inspired. Dark Phoenix is the latest instalment in the X-Men series. It is also the last of the franchise under the financial guidance of 20th Century Fox, unless you count 2020s The New Mutants. I don’t, largely because there’s a quality to how that film is presenting itself that suggests it’s a spin-off rather than a continuation of Professor Charles Xavier’s story.

There is only one great X-Men film and that is James Mangold’s Logan. The closest the series came to greatness elsewhere is with X2 and X-Men: Days of Future Past, both directed by Bryan Singer. Excellence has generally proved elusive for the franchise, perhaps because the aesthetic established by most of the involved filmmakers sits somewhere between the grounded realism of Christopher Nolan’s Batman films and the glitzy computer-generated spectacle of the Marvel Cinematic Universe films, the two camps in unnatural rapport. 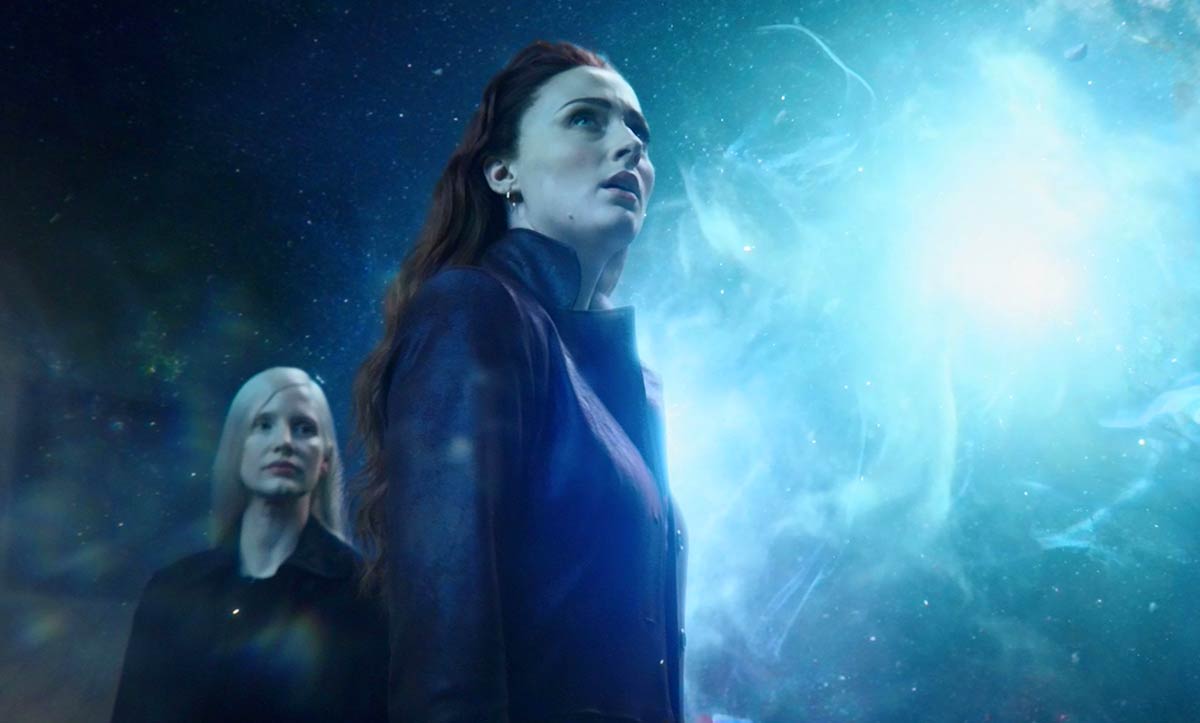 There have been bad X-Men films, most notably the penultimate instalment, X-Men: Apocalypse and X:Men Origins: Wolverine. Dark Phoenix, written and directed by Simon Kinberg, sits unhappily somewhere between those films and Singer’s entries as neither here nor there. The most significant argument against Kinberg’s film is that it probably ought not to have existed. Everything about Dark Phoenix suggests a death rattle, a last grasp for financial gain from a studio who doesn’t recognise a lifeless entity.

The most significant argument for Kinberg’s film has nothing to do with Kinberg himself. Music has a singular power in cinema. Think about Luke Skywalker staring across Tattooine at the binary sunsets without John William’s Force Theme for an example of the positive impact music can make on a simple image. Hans Zimmer’s score for Dark Phoenix is a better one than the film deserves, elevating many scenes with an energy and thoughtfulness that I’m inclined to believe didn’t exist before the music was included.

This is most evident in the opening moments. Xavier (Dark Phoenix exists in the timeline of Xavier in which Xavier is played by a young James McAvoy not an old Patrick Stewart) sends his team of X-Men into space to rescue a team of astronauts. “We’re doing space missions now?” Evan Peters‘ Quicksilver asks, evidently unaware that a mere property rights stone’s throw away space is old hat for some of his friends in the Marvel Cinematic Universe.

The astronauts are saved but not without consequence. Jean Grey (Sophie Turner) comes into contact with a big ball of space light, the sort that that can only ever only have dire repercussions in films like this. Xavier clearly doesn’t agree as he seems content with letting Jean go about her business without so much as a standard medical check-up. If you’ve seen the trailers, which you have if you’re going to see the film, you’ll know that the big ball of space light amplifies Jean’s power. 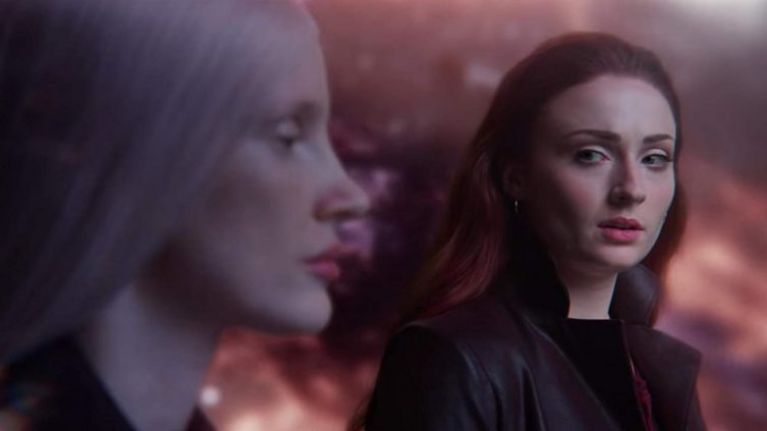 You’ll know why some of this sounds familiar because you also saw Brett Ratner’s X-Men: The Last Stand back in 2006. Ratner’s film was also a loose adaptation of the enormously popular Dark Phoenix storyline from the X-Men comics. Ratner’s film was rendered fundamentally meaningless by the time-warping events of Singer’s Days of Future Past. Time-travel is proving an invaluable resource for comic book adaptations though I can’t fathom for the life of me how Magneto gets around his age here. If he was a child during the Second World War and Dark Phoenix takes place in 1992, he would be about sixty years old. 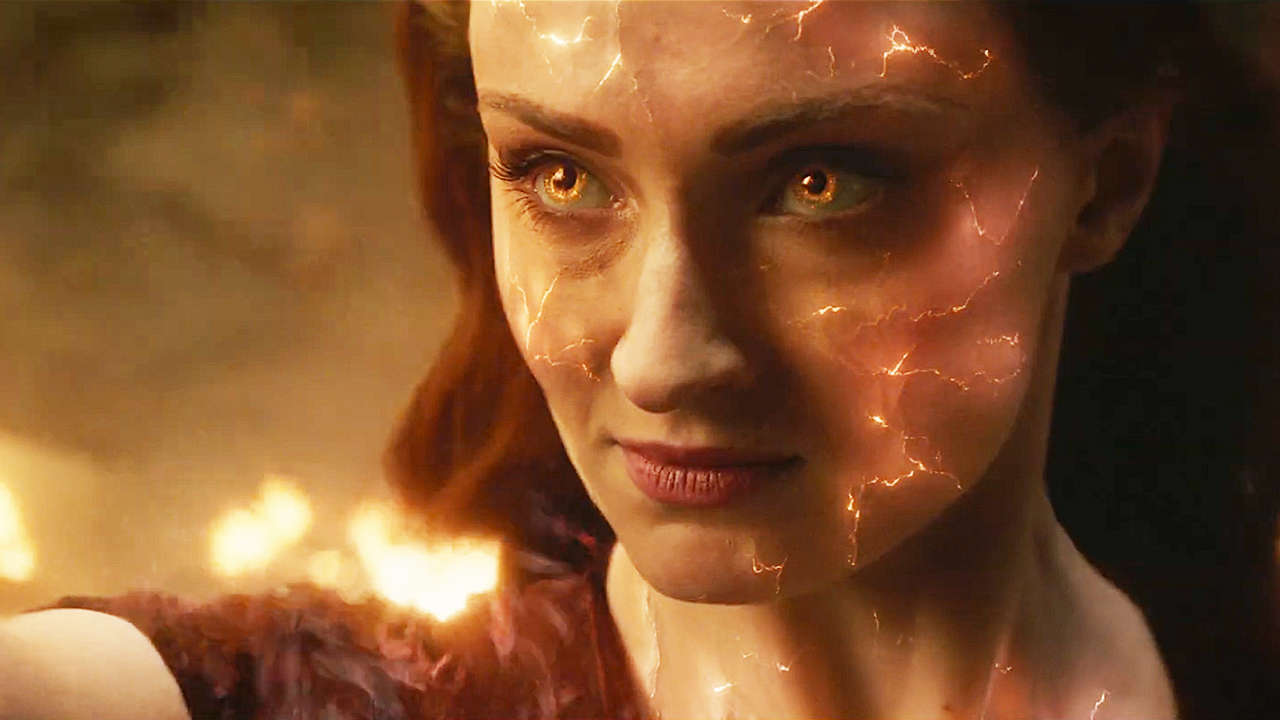 This is a more creatively successful interpretation of the Dark Phoenix story than Ratner’s film was, though not by much. It certainly doesn’t deserve the vitriol it has been receiving online over the past twenty-four hours. The extreme reaction probably reflects where the franchise is positioned in the sphere of Hollywood filmmaking rather than where the film itself is positioned within the current pantheon of X-Men films.

Over the years, the X-Men series has demonstrated some serious creative energy that has been done a disservice by a prevailing lack of inspiration. James McAvoy and Michael Fassbender certainly deserved better films. When the eventual and certain reiterations of the franchise do arrive they will be worse off for not having McAvoy and Fassbender in their iconic roles. For now, it’s for the best that X-Men is taking a step back albeit with a whimper rather than a bang.