"Because Cole presents the events in his life as a series of only semi-connected scenes, they don’t acquire a necessary momentum toward the inevitable."

"Jahkor seems like a character who creates his own problems, which is a hard way for a viewer to go through the movie while still trying to support him."

All Day and a Night is supposed to refer to the amount of time it would take to give a listener a thorough overview of your life, including all its varied motivations and influences, twists and turns. That’s according to the narrator and main character of the movie of the same name, just released on Netflix. Most movies, though, have only about 120 minutes to accomplish that same feat. So it takes a good storyteller if you want to have any chance of doing so. 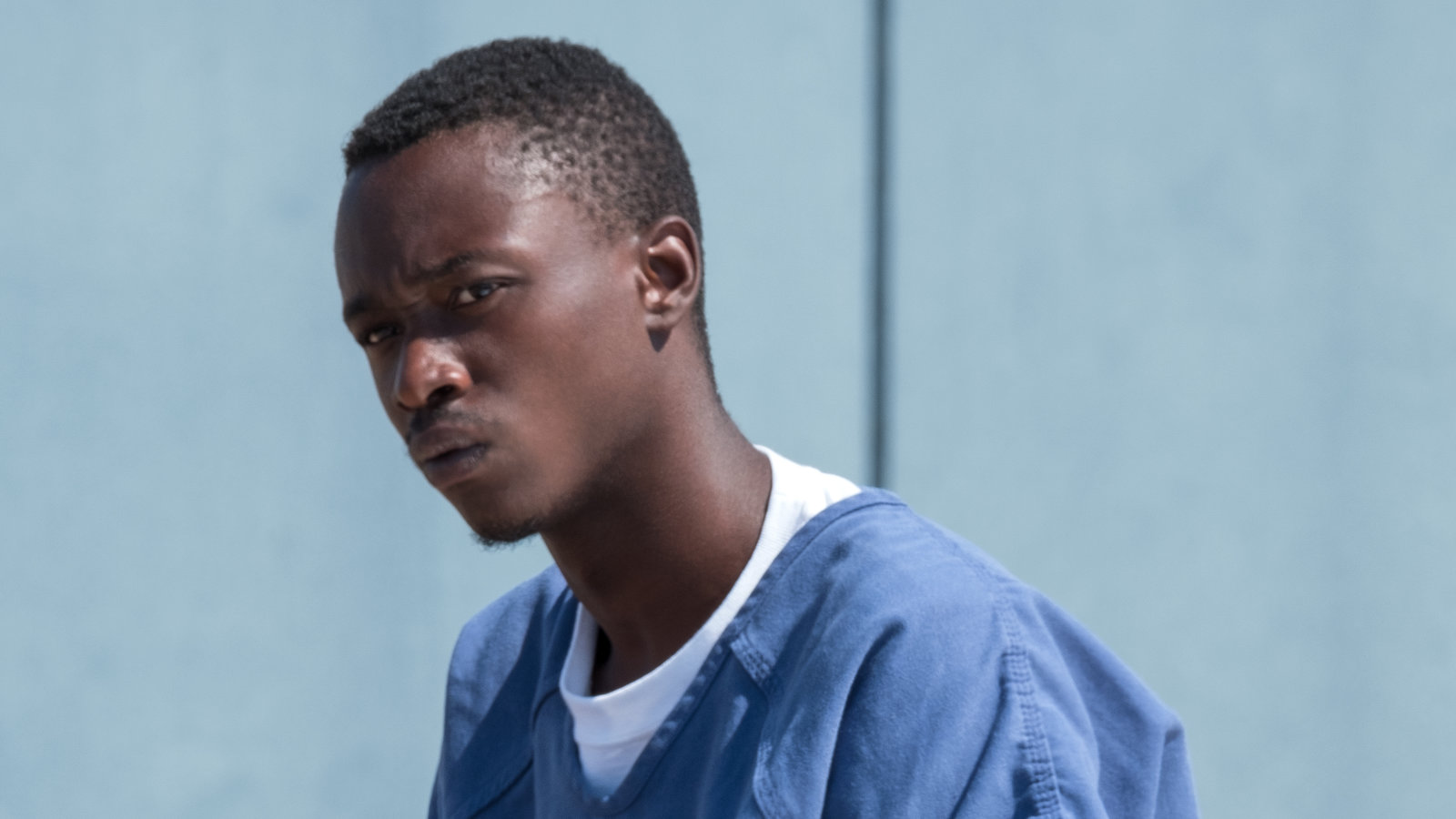 Joe Robert Cole’s film has two storytellers, in a manner of speaking. One is Jahkor (Ashton Sanders), a young man sent to prison for committing a double murder. There’s no doubt he did it as we see it happen in the opening scene. The other is Cole himself, jumping behind the camera for the first time since he co-wrote Black Panther.

Both have their issues in conveying the story at hand. Jakhor mumbles, a problem that is exacerbated by his deep speaking voice. Cole presents events in a non-chronological fashion that’s compelling, but falls short of accumulating for us an understanding of Jahkor, until the motivation for his crime is sprung on us in a manner compromised by feeling rushed. Maybe we needed 22 more hours to really understand him.

Jahkor has been raised in Oakland, California, part of a dangerous street scene without being guilty of any of its worst aspects. He’s held people up for their gold chains, but he doesn’t sell drugs, like some of his friends, or beat anybody savagely, like some of his friends. That he isn’t a worse offender is a miracle given that he was raised by a father (Jeffrey Wright) who thought nothing of abusing both his children and drugs. But greater offences are on the horizon.

Jahkor is expecting a child with his girlfriend (Shakira Ja-nai Paye), whom he loves even if he is not quite faithful to her. But he falls into the orbit of a big fish, who calls himself Big Stunna (Yahya Abdul-Mateen II), and who thinks nothing of casually blowing someone away for trespasses most would consider minor. Like most gangsters, he’s charismatic, and, well, he’s friends and business associates with Jahkor’s friends. Fates begin interweaving as Jahkor’s personal relationships with everyone around him – including his long-suffering mother (Kelly Jenrette) – begin to unravel. 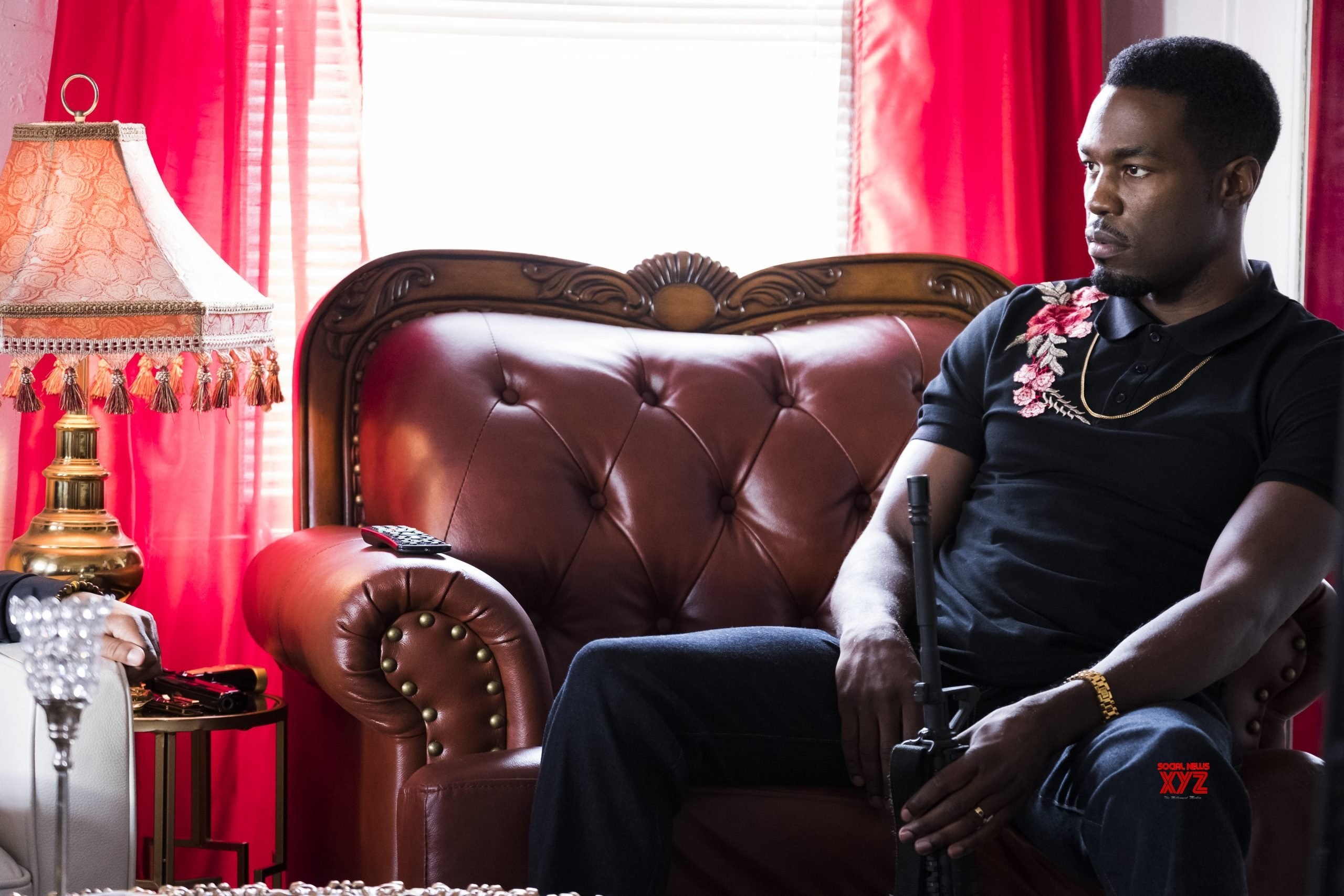 Jahkor is telling us this story as he adjusts to prison after being convicted of the double homicide. Not only does he need to try to stay alive in prison after making some powerful enemies, but he’s also got to rub elbows in the yard with the man who made him this way – his father, doing time for his own crimes.

In truth, one wonders if Jahkor really does want to stay alive. That he leaves alive a witness to the killings – the ten-year-old daughter of his victims – suggests he doesn’t care to avoid getting caught. It’s meant to indicate that deep down, he’s a good person, so we’re on his side from the start. But if he’s really a good person, mightn’t he also have left alive her mother? Or chosen a different time to do it so the girl didn’t have to bear witness?

This reckless display of what’s meant to be a conscience is a difficult way to meet the man. If we’re supposed to believe he was driven to this point and had no other choice, the events of the ensuing story need to convince us of that. They really don’t. Jahkor has a hard life, no doubt. But because Cole presents the events in his life as a series of only semi-connected scenes, they don’t acquire a necessary momentum towards the inevitable. By the time Jahkor makes his choice, we feel like there are so many other choices he could have made just as easily, including being a father to his unborn child. 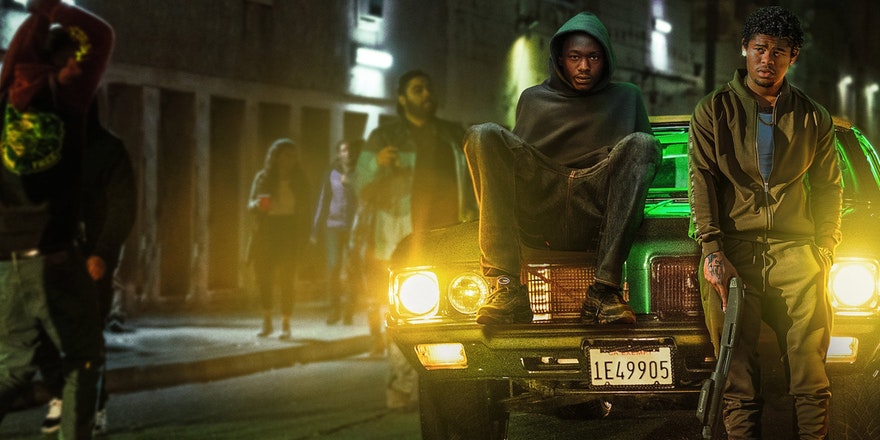 The psychological explanation for Jahkor’s trajectory may exist within his narration, even if that should not be doing the lion’s share of the film’s dramatic work. As stated previously, though, he’s a mumbler, someone who’s hard to understand unless you want to keep going back and watching scenes a second time, which is no way to watch a movie. There are stray comments about the system railroading him, but All Day and a Night doesn’t make a strong case for that, aside from a few acts of albeit pernicious racial profiling. Too much of the time, he seems like a character who creates his own problems, which is a hard way for a viewer to go through the movie while still trying to support him.

Ashton Sanders, who plays Jakhor, also played Chiron in the middle chapter of Barry Jenkins’ Moonlight. Although his performance did not get as much attention as that of Alex Hibbert and especially breakout star Trevante Rhodes, he had the same kind of anchoring presence the other actors had. He doesn’t have that here. He’s continued to get work, leading work, but there’s something about his performance style that pushes viewers away rather than inviting them in. The character can be that way, but the actor needn’t be. 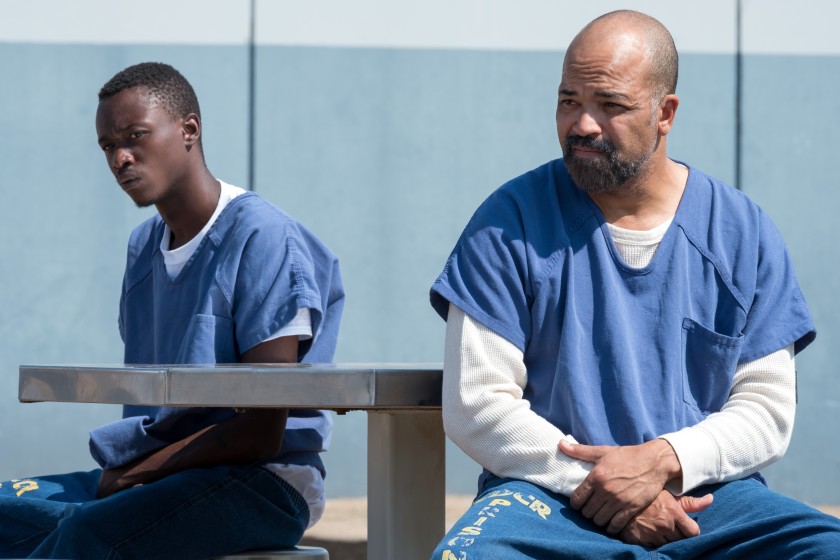 As for Cole, he’s clearly a talented filmmaker. There are a couple feats of cinematic derring do in All Day and a Night, particularly one sequence where his camera weaves through a street party, ending on a car stunt captured in real time. It’s hard to understand how the driver, the person hanging out the passenger side window, the bystanders, or director of photography Jessica Lee Gagne herself escaped the scene without being killed, while still capturing everything on screen. It’s really impressive stuff.

As a writer, though, there’s something left to be desired here. Like Black Panther director Ryan Coogler, with whom he co-wrote that script, Cole is an Oakland guy, so everything here feels very authentic. But his elliptical, disconnected style prevents him from effectively translating sympathy for his characters. Maybe he needs co-writers, like he had on Black Panther and The People vs. O.J. Simpson, to distil his themes more effectively. Or maybe he just needs closer to the timeframe embedded in his title.