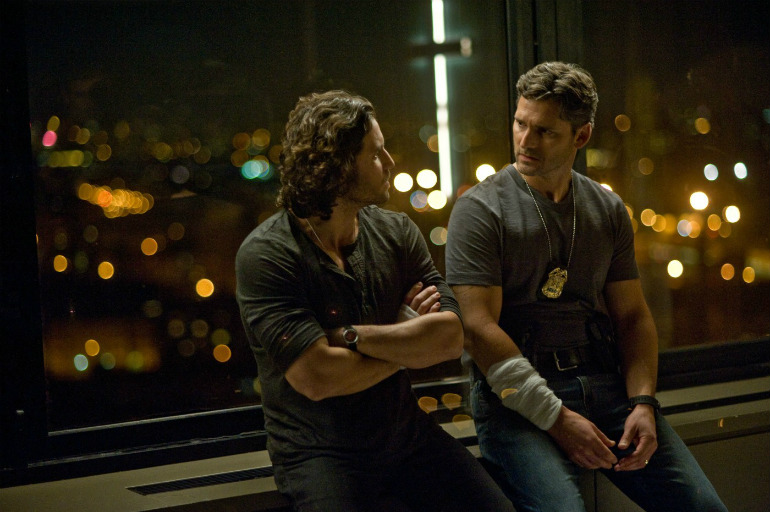 New York City has fallen out of fashion as the setting for American horror films. While The Blair Witch Project (1999) resulted in entire generations never camping again, NYC had to settle for regular demolishment by tidal wave or giant lizard. It wasn’t always so. Films like Rosemary’s Baby (1968), Basket Case (1982), and Maniac (1980) played upon our fears of a city that never sleeps. David Fincher’s Se7en (1995) presented Manhattan as a Mecca for immorality, social decay, and human vice. Even those Ghostbuster films got kind of dark when you think about it.

It is with an eye to this considerable pedigree that we approach Deliver Us From Evil. Eric Bana plays hardboiled Detective Ralph Sarchie, whose investigation into a bizarre infanticide attempt at the city zoo becomes a desperate showdown with an ancient Middle Eastern demonic power (see The Exorcist). His only hope is the expert knowledge of an edgy Jesuit priest (Edgar Ramirez) dealing with inner demons of his own (see The Exorcist). The film – concerned as it is with possessions, exorcisms, that kind of thing – is alleged to be “inspired” by the “actual events” (see The Exorcist) of ex-cop turned “demonologist” Ralph Sarchie himself. It’s a shame then that these ”actual events” are completely implausible and exploit every Satanic cliché in the book. Maybe life did imitate art. Or maybe Sarchie and the screenwriters are full of shit. It doesn’t really matter…as long as Deliver Us From Evil produces the scares.

Which, aside from Bana’s woeful New York accent, it doesn’t. Director Scott Derrickson has turned out a film that is half procedural-thriller, half supernatural-horror. Both these halves are really average. Derrickson previously made The Exorcism of Emily Rose and Sinister. Both were unnerving affairs that maintained creepy atmospheres throughout. But in Deliver Us From Evil there’s no sense of dread to justify the constant and tiresome jump cuts to old mouldy faces. There’s only so many times that Bana’s flashlight can stop working as he slowly meanders down a corridor before the audience feels massively duped. 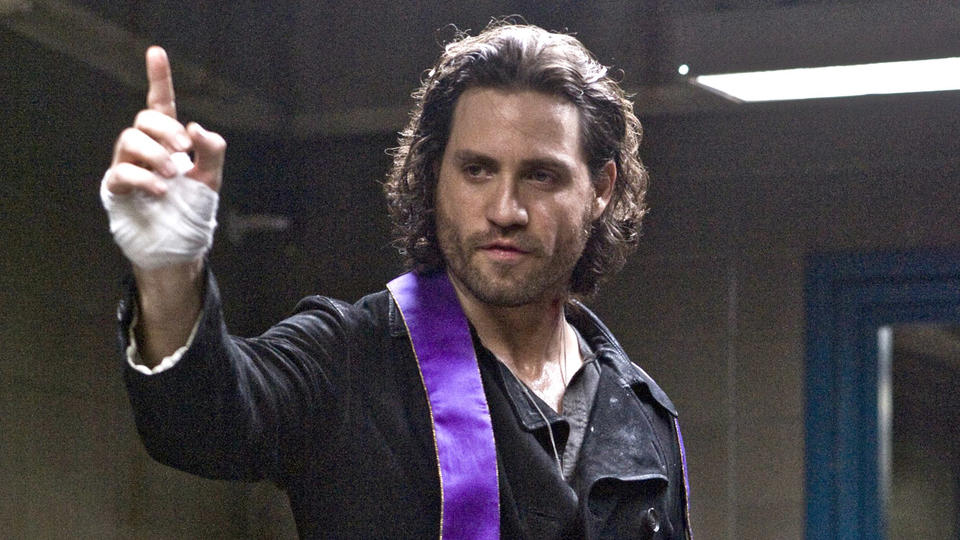 Deliver Us From Evil doesn’t go anywhere. Sarchie’s obsessive quest to crack the case isn’t fraught with danger – Bana’s a big guy who looks like he’s going to win every time. There is some interest generated in scenes with wife (Olivia Munn) and daughter (Lulu Wilson), but they needed more minutes on screen to raise the stakes. The eventual pay-off is an exorcism that is so thoroughly ridiculous that you start to think that maybe all of this stuff did actually happen to Detective Sarchie, because presumably no screenwriter would settle for this if they had creative license.

The manifest, obvious nothingness of Derrickson’s $30 million finished product has had one bizarre consequence – the trailers are billing Deliver Us From Evil as the most terrifying film of the season. It isn’t. There’s even trailers doing the whole Paranormal Activity thing of showing horrified audiences literally scared out of their seats. No doubt they hope to recoup some of that $30 mil fee before word gets out that Deliver Us From Evil is a real stinker. Good luck, but we might not be fooled again.