"It’s the type of lightweight comic gold that was once responsible for a robust genre, certain to bring couples out on date night."

"These are some pretty musty tropes in the mechanics of romantic comedy. Comas? Zany trips to Mexican resorts?"

Desperados. Why don’t they come to their senses?

Of course, the defining characteristic of a desperado is the willingness to do anything to accomplish your goal, even if it contradicts the very notion of sense. This would explain why Wesley (Nasim Pedrad) cannot bear to ruin what she thinks is her only chance at love, after a run of bad luck in life and with men. When you send a long and grotesquely insulting drunken email to a new suitor who you think is ghosting you, only to find that he has been laying in a coma in Mexico after a car accident, well then, you just have to go delete that email off all his devices before he sees it, don’t you? Even if the very writing of such an email suggests that maybe it’s not them, it’s you.

That’s the perfectly rom-com ready premise at the centre of the new Netflix film Desperados, directed by veteran TV director Lauren Palmigiano, who goes by the moniker LP. It’s the type of lightweight comic gold that was once responsible for a robust genre, certain to bring couples out on date night. As date night moves in front of the television, especially during coronavirus, Netflix has become just about the exclusive home to such content in recent years. This year alone, the streaming service has released the similarly conceived, high-concept comedies Coffee & Kareem, The Wrong Missy and The Lovebirds, all of which provided reminders why audiences gave up on these films in the first place.

Desperados is finally a feather in the genre’s cap, though it’s a loose feather that is threatening to blow away under the slightest gust of wind. For couples at home on date night, there are far worse bets, and the movie fits in a good dose of friendship love to accompany its romantic love.

Wesley is not only a desperado, she’s also a high school guidance counsellor, believe it or not. She’s struggling to find work, which is the more believable part. She probably wouldn’t have given herself the advice to hide her true personality from her new love interest, Jared (Robbie Amell), but that’s the state of mind in which she finds herself when fleeing a restaurant after a disastrous blind date with Sean (Lamorne Morris). She trips outside the restaurant and slightly concusses herself. Fortunately, Jared, the passing stranger who looks after her, is charmed by her compromised state, which shaves some of the rough edges off her personality.

So Wesley decides to pull a George Costanza and do the opposite of her instincts, in the hopes of keeping Jared interested. It works, but after their first night sleeping together, he disappears. She’s seen this before, and steadily goes down a rabbit hole of afternoon wine and junk food as her texts go unanswered. While her supportive besties Brooke (Anna Camp) and Kaylie (Sarah Burns) give her some drinking company one evening, they decide to purge their collective frustrations by telling the guy off over email. Of course, it’s at the very moment the computer captures the ephemeral WiFi signal that Jared calls from the Mexican hospital, explaining the situation. 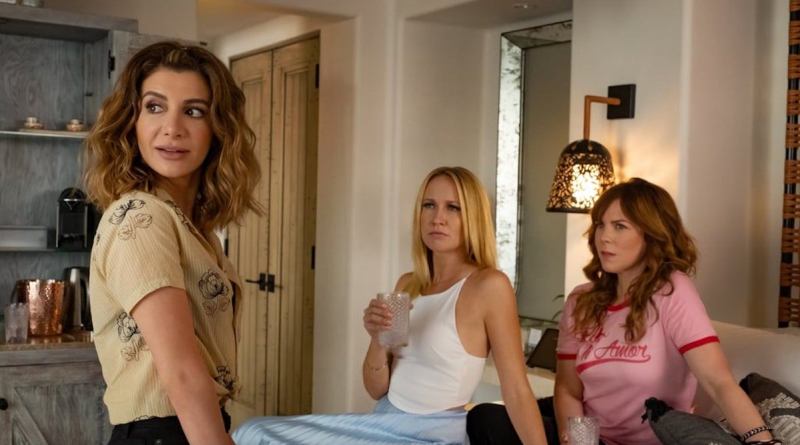 The idea of going to his resort in Mexico to break into his room, accompanied by her supportive friends, is just something you have to go with, if you want to go with Desperados. In this day and age, we might check our email on any one of a dozen devices. Even if the movie explains why his phone and his computer are not with him at the hospital, you’d think maybe he could get wheeled down the hallway to check on the free public computer, even if just to tell relatives where he is. It’s hardly the film’s only gap in logic.

And yes, these are some pretty musty tropes in the mechanics of romantic comedy. Comas? Zany trips to Mexican resorts? He may not have ghosted her, but you’d think not telling her he was going to Mexico would be a pretty big oversight in itself, even if they do live in Los Angeles.

These narrative conveniences do get us to a place to focus on some solid themes, though. One of these is the idea of friends being there for each other, as Brooke and Kaylie are on this trip despite some pretty big issues of their own (a dead marriage, the inability to conceive a child). A side trip to see a fertility guru (Heather Graham) in Mexico at first seems like an unwise narrative diversion for the film, but ends up yielding some of the best moments between these two side characters. 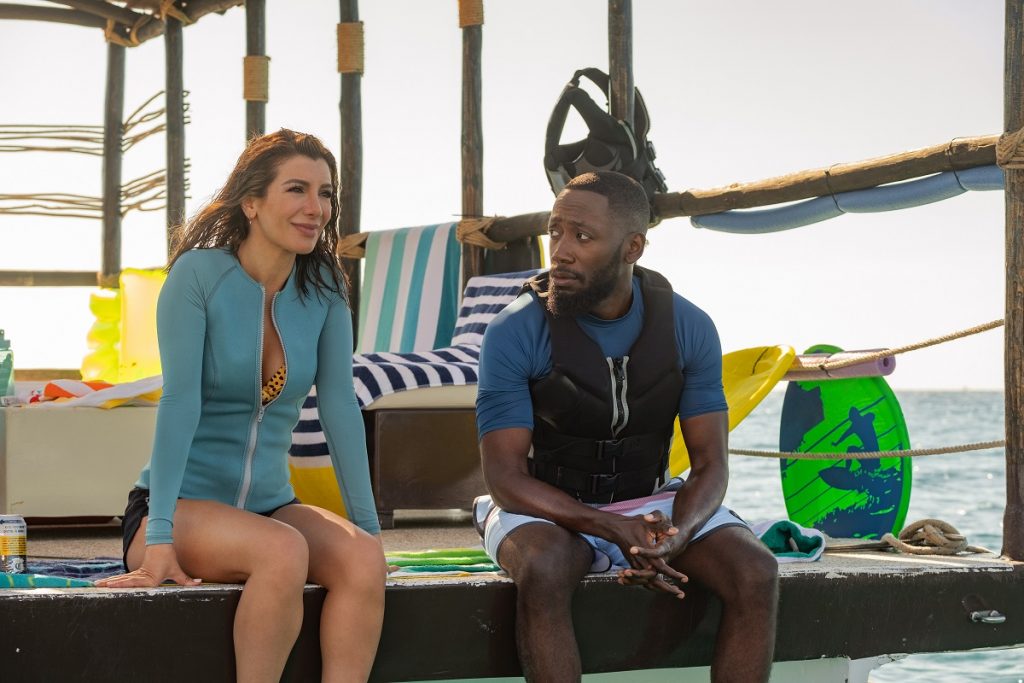 It’s pretty funny, too. Pedrad, a former Saturday Night Live cast member, can sell her moments of more physical comedy, of which there are many. She can also make us believe several men in the film would find her appealing, warts and all. (If you haven’t figured out that Jared might not be her actual love interest, well, just consider that they are separated for most of the movie, and you’ll see the rom-com gears whizzing and whirring.)

Desperados wouldn’t have much to offer in the golden age of romantic comedy, but in this decidedly rustier age, it fares as well as we need it to. It ticks the boxes on representation, and has enough heart to give you the feels from time to time. You don’t have to be desperate – har har – to watch this film. The fact that many of us are right now, with theatres still mostly closed, just makes clicking play all the easier. For the most part, you won’t be sorry you did.