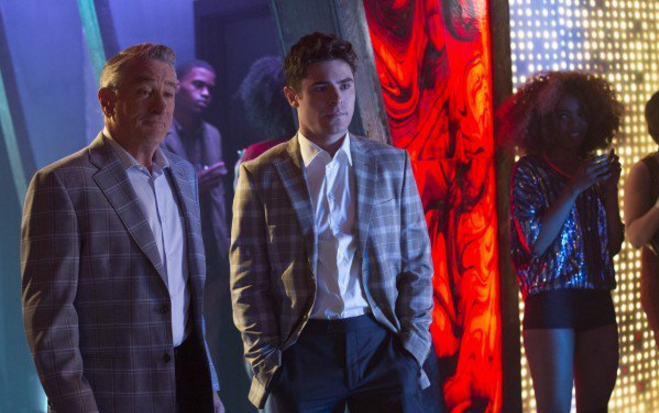 Is it prudish to lament the fact that Robert De Niro stars in Dirty Grandpa? Perhaps if we’d known back in 2000 that his comedic turn in Meet The Parents would herald an era of creative decline over the next sixteen years we mightn’t have laughed quite so hard. You have to wonder at his vocational motivation of late. It’s not so prudish to lament the fact that the man who created Johnny Boy, Travis Bickle, Vito Corleone, Jake Lamotta, Rupert Pupkin, Max Candy, Jimmy Conway, Neil McCauley and Louis Gara is now reduced to engaging in the lethargy that plagues nearly every single Hollywood comedy release. In 2015, we were assaulted with The Ridiculous 6, Sisters, Vacation, Ted 2, Get Hard, Hot Tub Time Machine 2, Pixels and Paul Blart: Mall Cop 2. And now we have Dirty Grandpa.

De Niro plays an ageing recent widower with a newly found enthusiasm for debauchery. There’s a certain capacity in the premise that goes entirely unrealised. The character is racist, crass, homophobic, misogynist and largely repellent. The same could be said of many characters in many comedy films of late. There’s only so many reviews of comedy films on this site that can bemoan the inclusion of homosexuality as a punchline, but that limit hasn’t been reached here. Like Get Hard, Vacation etc. etc. before it, Dirty Grandpa doesn’t even know how homophobic it’s being. There’s even a scene in which De Niro’s Dick Kelly defends a homosexual man from assailants, as though the film is blissfully unaware of the frequent slurs of which it itself is guilty. This needs to stop. Meant in jest or not, the overwhelming presence of homosexuality as a tool for humour in American comedy is damming of the state of cultural awareness Hollywood. Move on, guys, you’re being counterproductive. 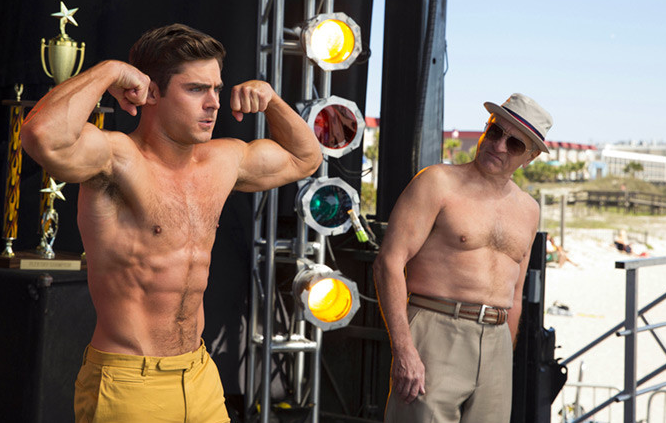 The plot of Dirty Grandpa is thin, which is fine because the best of these sort of comedies are more reliant on the situations that drag their central characters through. Dirty Grandpa isn’t one of the best of these sort of comedies but it’s not the worst either and there are moments that might elicit some begrudging laughter. Jason Kelly (Zac Efron) is a young, ambitious lawyer whose marriage is impending. His grandmother has died and his grandfather, Dick (De Niro) cajoles him into taking time out of his busy schedule and driving with him to Florida. The two were close when Jason was younger, the opening credits indicate as much, but they’ve grown distant. We know that by the time Dirty Grandpa is done with us, their relationship will be repaired, because originality in these sort of films is apparently too much to ask for.

Robert De Niro and Zac Efron both have strong screen presences, although Efron’s talent has been largely wasted – a result, perhaps, of the stigma that accompanies him following his involvement as a young man with the High School Musical series. Rather than a genuine consideration of how the talent of these two performers could be most appropriately exploited given the context of the plot, Dirty Grandpa resorts to the school of thought that drugs are funny, black people are funny, gays are funny, outrageous sex is funny and applies that sentiment liberally, and without humour.

If you’re easy to please and without any degree of wit in your appreciation of humour then Dirty Grandpa just might be the film for you. If neither of those traits apply to you then you still might just find yourself laughing at one or two moments and hating yourself for it. Regardless of any of that, Dirty Grandpa is just the latest in a long string of uninspired, offensive in the wrong way, comedies that’s been suffocating comedic quality for a worrying number of years. When was the last time you saw a really funny movie?