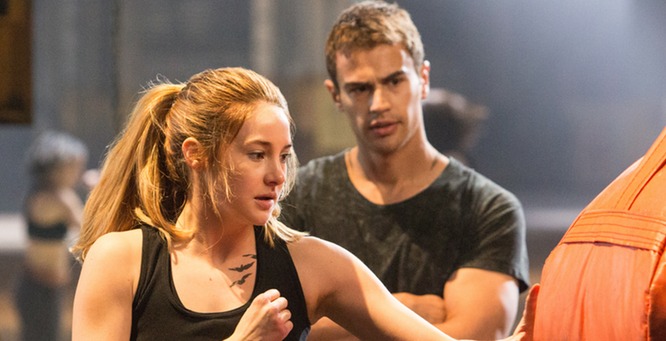 I will readily admit to getting a little excited when a film involving some kind of post-apocalyptic or dystopian future is being released. It’s a concept that allows you to explore the dark side of human nature, and just has the potential to be pretty damn cool! Divergent is the latest such film to hit our screens, aimed at the young adult market, adapted from the first in a best selling book series. Sadly, whilst being far from terrible, the film doesn’t quite fulfill the promises it makes, and pales in comparison to previous additions to this genre.

In the future, Chicago has been cut off from the outside world (after some kind of terrible war or disaster that befell the rest of the planet – this isn’t elaborated on). The society is split into five factions based on rather arbitrary personality traits. Most people are born, raised, and spend their whole lives in these groups, performing assigned tasks. Dauntless, for instance, are the fighters and the protectors (protecting everyone from whatever it is we never see or hear outside the city walls).

When young adults reach a certain age, they undergo tests to determine their best fit, but are ultimately allowed to choose which group they want to live with. The time has come for Beatrice (Shailene Woodley) to choose, but something unusual comes up in her testing. She doesn’t fit into any one category – she is Divergent, a danger to society. She must keep this hidden if she wants to survives. On her day of choosing, Beatrice leaves her family in the selfless group Abnegation, joins Dauntless, takes a new name (Tris) and so begins her new, dangerous life… 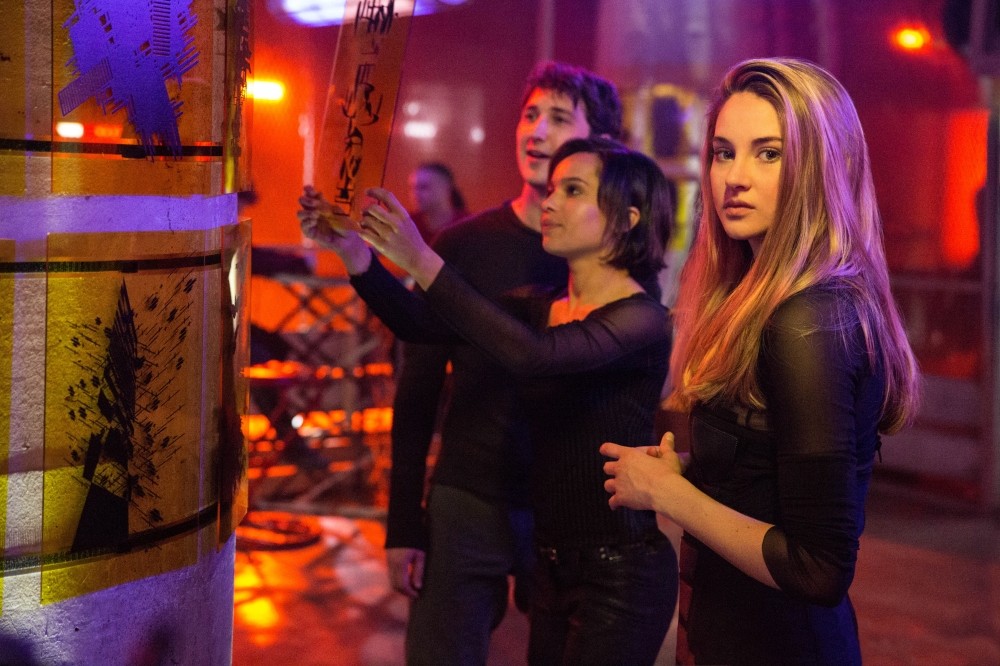 That was a long explanation setting up the very basic premise of the film – the real meat of the story is that one faction (the smart ones) wants to get rid of Abnegation (who they basically see as a waste of space) and run society for the good of everyone. These people are led by Kate Winslet, who to her credit actually manages to appear quietly menacing throughout most of the film with very thin motivations. The problem with Divergent (and you’ll have to excuse me, I haven’t read the books so I don’t know if this is explained better there) is that the social and political background of the film makes absolutely no sense. None.

This system is supposed to have worked for years and years but how the faction system came about is never explained clearly, let alone why anyone thought it would be a good idea. Human nature doesn’t work that way and the ‘divergents’ are a rather thinly veiled metaphor for this. There were moments in the film in which I was enjoying some of the action, but as soon as anything calmed down and the dialogue started, I found myself wondering, ‘What on earth made this happen?’ It’s a question that is never answered to my satisfaction.

For such a long film, nothing much really happens either. The final half hour or so is packed full of action and twists and the whole plot is finally revealed, but previous to that, it’s more of a ‘Life with Dauntless’ training montage, with a bit of Tris struggling with her emotions thrown in for good measure.  I will say, Neil Burger doesn’t shy away from showing the brutality of the Dauntless – these guys really look like they’re taking a beating – and there are some sequences of hyperactive action that I found very fun, but nothing memorable overall. Shailene Woodley is excellent – there is nothing really to fault with her performance. Tris is strong, intelligent, and levelheaded. She’s perfectly likable, but needs a better story. I look forward to seeing Woodley in better films.

Die hard fans of the book may very well be pleased, but a mish-mash of enjoyable moments with a thin storyline that attempts to pack way too much into the final moments let Divergent fall flat. The potential is there for future films – just please work on that backstory!