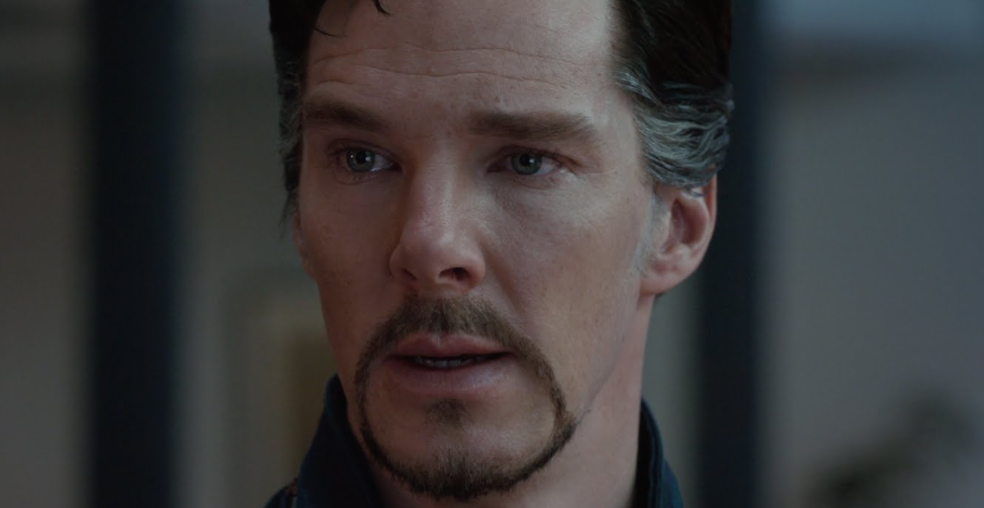 There are a lot of pretty, distracting colours and lights in Doctor Strange. Sometimes those colours and lights are wondrously inventive. Sometimes they even distract from the reality of their function within the film, which is exactly that – distraction. Everything that’s bold and creative about Doctor Strange, directed by Scott Derrickson (Deliver Us From Evil, The Exorcism of Emily Rose), is ornamental, not functional. Beneath the enthralling execution of special effects, Derrickson’s film is about as uninventive as it gets.

Derrickson’s presence is an issue. As a filmmaker that has demonstrated a pronounced lack of imagination within his body of work, Derrickson is a peculiar choice for an entry into Marvel’s juggernaut franchise that begs for an idiosyncratic approach. Derrickson is undeniably willing, and he may be pushing himself to his creative limit, but the real credit for Doctor Strange‘s merits goes to the team of visual artists. As both writer and director, the buck stops at Derrickson for indulging in deficiencies that have tarnished superhero films since long before the Marvel Cinematic Universe. Many of those deficiencies have declined into parody since Jon Favreau’s Iron Man established the series, simply because Marvel has overplayed its one hand.

Steven Strange (Benedict Cumberbatch) is a brilliant and arrogant surgeon living and working in New York. His ability to perform unwaveringly in surgery is shattered when a car accident renders him professionally impotent as a result of severe nerve damage. His arrogance isolates him, Strange’s only companion being Christine Palmer (Rachel McAdams), a fellow surgeon and former lover. Palmer might have been cut from the film and it probably wouldn’t have made a difference, but because Marvel slavishly adheres to a formula they helped establish, a love interest, no matter how insubstantial is a given.

Strange turns to extreme treatments in an effort to mend the unsteadiness of his hands. This leads him to Kamar-Taj, a small community in Kathmandu, where he meets Baron Mordo (Chiwetel Ejiofor), Wong (Benedict Wong) and the Ancient One (Tilda Swinton). Their occupation is mysticism, but it’s the real deal, and they can help Strange with more than his shaky hands. There’s a villain, Kaecilius, played by Mads Mikkelsen, who is tragically wasted in a role that amounts to nothing. There are training sequences. There is a show down between heroes and villains towards the end of the film. You might have already known all of that, if you have seen a few of the other Marvel films.

But to those wonderful visuals. What the Ancient One -the leader of the merry band of mystics – has to teach the good doctor is infinity. The action scenes in Doctor Strange are somewhat reminiscent of comparably striking moments in the Wachowski Sibling’s The Matrix or Christopher Nolan’s Inception. Derrickson can’t match those films from a filmmaking point of view but as a concept, the way in which Strange and co. can manipulate their surroundings is limitless. The potential for spectacle is very exciting. The Matrix and the dream world in the Wachowskis’ and Nolan’s films were governed by rules, even if they, as Morpheus said, can be bent and broken. The limit of Strange’s power stretches beyond space and time.

Doctor Strange would be a very bland film if it didn’t look so wonderful quite often. Filmmaking is primarily an industry to the majority of the figures that govern it, but surely Marvel has enough financial stability in its current position to take creative risks – Doctor Strange will absolutely make an enormous amount of money – and yet everything about Derrickson’s film is handled cautiously. That sort of caution may expedite the franchise fatigue that’s been hovering around these films for a number of years. Marvel is a product. The best Marvel films are the ones that manage to transcend the mechanical nature of Marvel’s art, but there are only a couple of those. Doctor Strange doesn’t manage it, but in the right hands, the future could be bright.