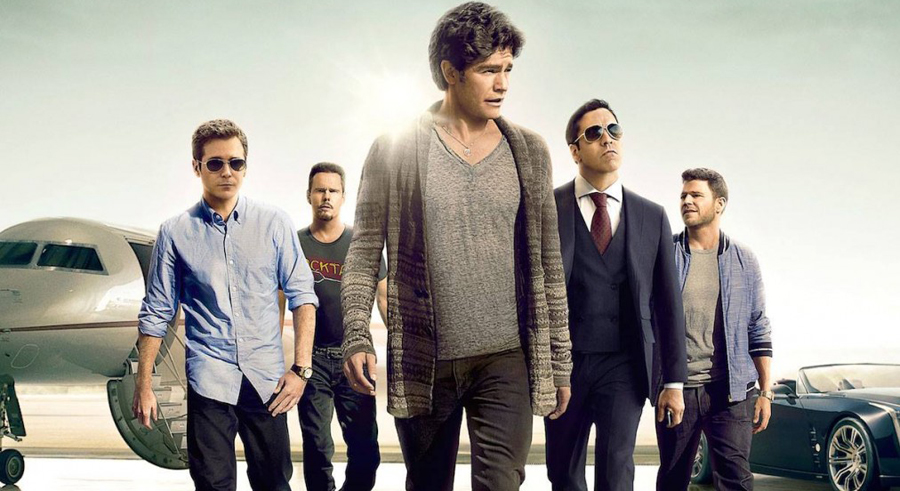 “It’s as if we’re in a time machine!” It’s a concern of Mrs Ari’s that she understandably voices around the halfway point of Doug Ellin’s Entourage, the cinematic entry into the HBO series that lasted three great seasons and five terrible ones. Her husband is repeating the same mistakes. There’s no progression; he’s lapsed back into the man he was when we last saw him in 2011. She could be just as easily be talking about the film itself. It’s been four years since HBO dropped the curtain on Vinnie Chase and his entourage and there’s still that same maddening sense of arrested development. It’s still racist, it’s still homophobic and it’s still sexist. Mrs Ari doesn’t actually have a name by the way. She’s just Mrs. Ari.

Unfortunately for our personal feelings of self-worth, Entourage is still exceedingly watchable even in its weakest form. It’s a conflicting experience, to enjoy something that is so creatively inadequate, uninspired and offensive. During the best years of the series, Entourage was well-written and well-executed. It offered real albeit heightened insight into the Hollywood system and the characters that inhabited that system were appealing and witty. The insight is gone. In the opening moments of the film, Vince requests the chance to direct a blockbuster feature, a request that is granted. There’s only so much we can suspend our disbelief and Vince’s apparent talent was pushed far beyond the point of credulity over the series’ eight season run. The wit is also gone, something that happened over the death rattle of the final few seasons. In lieu of satire Doug Ellin provides cheap, unfunny shots at women, minorities and homosexuals. How Hollywood is still an arena in which homosexuality is a punch line is astounding. More excruciating is that Ellin is evidently under the impression that his attitude toward homosexuals is progressive. 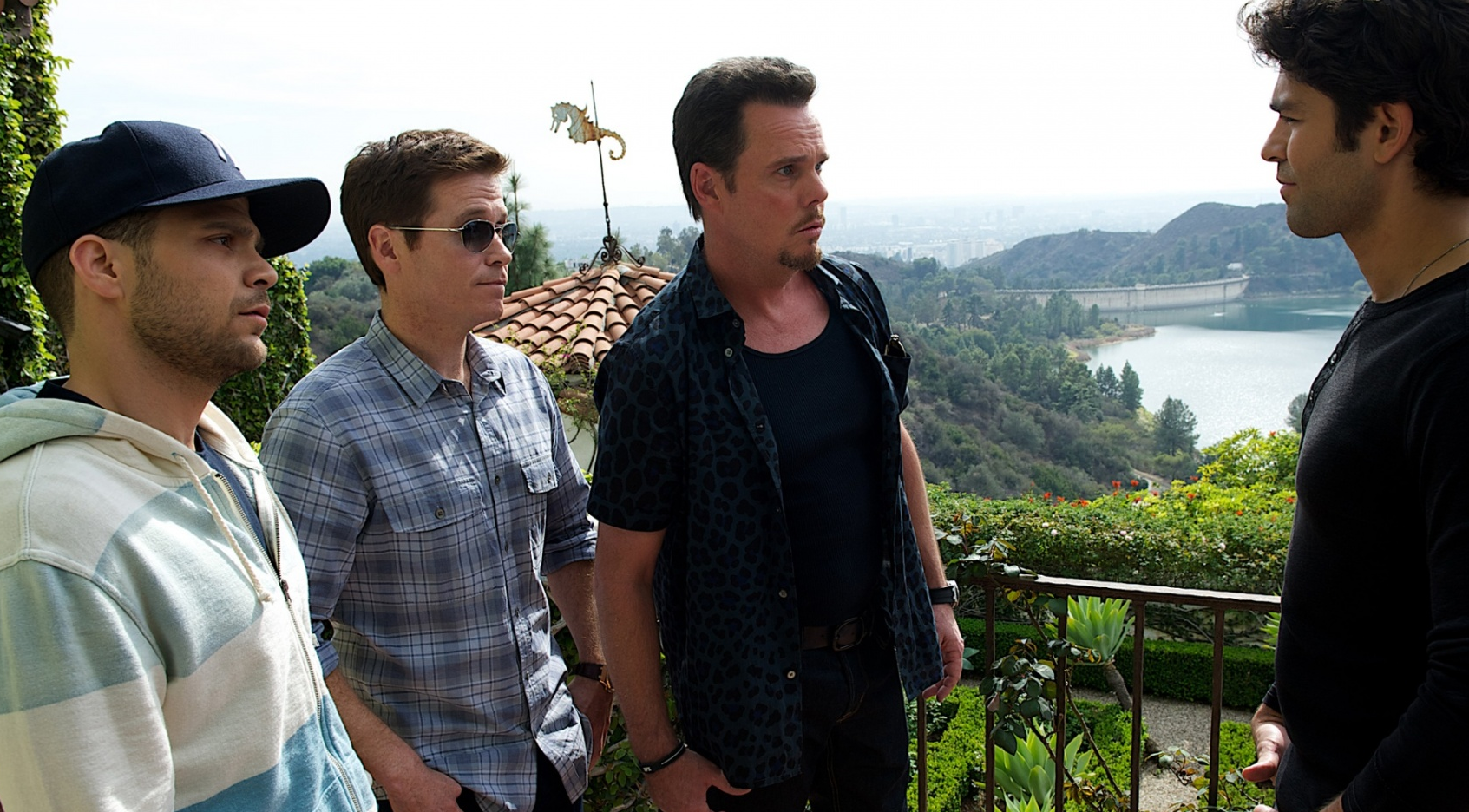 And yet there’s evidently still some of the goodwill lingering around the world of Entourage, which Ellin generated as a result of the first three seasons. Or perhaps the enjoyment just lies in being privy to a world that most of us will never be a part of, a phenomenon that raises too many questions for a film review to answer. It’s not entirely unpleasant to re-enter the lives of Vinnie, E, Turtle, Drama and Ari, despite each of their narratives being dull, rehashed, offensive or a jolly mix of all three. There’s still that hindering tendency to reset progression that plagued the show’s later years and which negates any progression in the first place. E and Sloane are no longer together, but he’s pining after her nonetheless. This will ring familiar to anyone who watched the last four seasons of the show, which is almost certainly anyone who sits down to watch this movie. Johnny Drama’s career is flagging though his self-obsession is as healthy as ever. Vinnie does nothing. Ari manages to remain conflictingly appealing despite the awful things he yells at just about anybody he engages with. Turtle is rich now, which is about as significant a progression as Entourage has ever allowed, although an uninspired romance subplot is a tedious recapitulation of the many uninspired romantic subplots that focused on Turtle during the course of the television show.

“When one vagina closes,” Johnny Drama quips, “another one opens.” This is the calibre of film that Entourage is. Let’s hope, for the sake of everyone, that most of you are aware of the film’s glaring offences when you watch it. Entourage as a film is something like a long, weak episode of Entourage the television series. None of the advantages afforded by the medium of cinema appear to have been indulged in because, at the end of the day, Ellin is used to television and the two are very distinct mediums. You’ve already seen Entourage because Ellin has nothing new to say. But then, he hasn’t for years now. If you got something out of the final few seasons of the show, then there’s no reason you won’t get something out of the film.