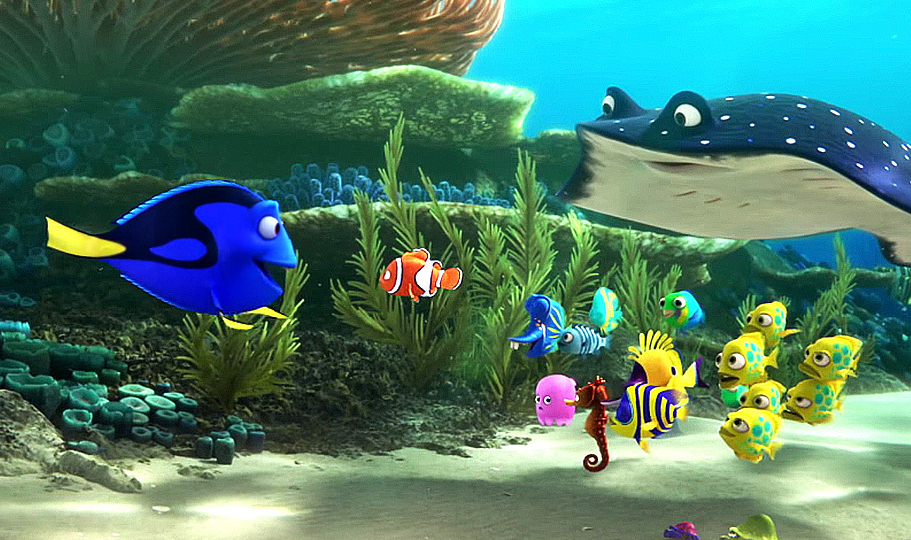 I am not the right man to review Pixar’s Finding Dory. The right man is Derek Armstrong, the other principle reviewer for ReelGood. I tried to pass on the opportunity to review Finding Dory to Derek last week, when the press screening was held. Derek was busy, and so here we are. Derek is the right man for the job because he admires Pixar films and enjoys them. I admire them but, with the notable exception of Wall-E, do not enjoy them.

I have spent quite a bit of time pondering why I don’t enjoy them, because I do find a lot to admire in them. Animation is not the problem. I watched Zootopia, which is not a Pixar film, earlier this year and thought it was wonderful. Disney’s Beauty and the Beast is one of my favourite films. Pixar films leave me cold. I don’t even like Toy Story. I am not the right man to review Finding Dory and yet I am tasked with reviewing it.

Pixar’s skill is undeniable. Nonetheless there has been a certain creative fatigue to a lot of their recent releases. Perhaps that has something to do with the studio relaxing their attitudes towards the production of sequels. Perhaps that relaxing of attitudes has something to do with Disney buying out Pixar in 2006. That’s speculation. But even the lesser Pixar films yield riveting moments. In Finding Dory, most of those come during the second half. There must have been so many talented people working on the film that competence was a sure thing. Perhaps that’s the problem. 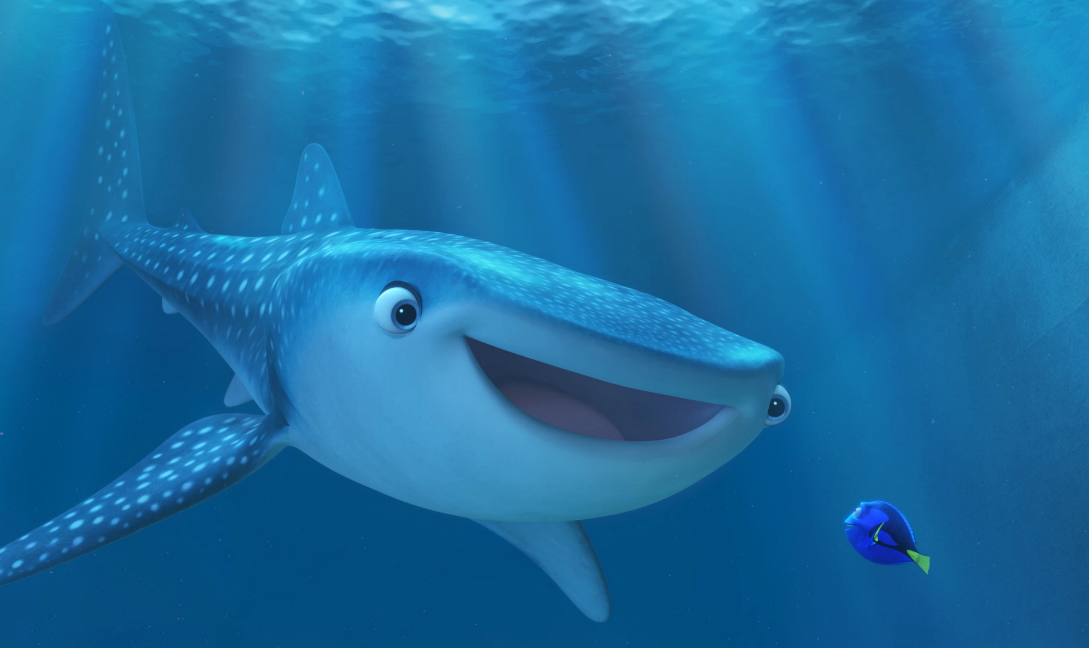 There’s a detachedness to the way in which Pixar go about generated sentiment and conveying their messages. That’s an attitude that I’m sure many would disagree with. Finding Dory is a calculated film – which is a problem I have with many Pixar films – more focused on hitting certain beats and including elements expected of the studio that I couldn’t detect much joy in the filmmaking process. The curse of the clockwork orange.

Emotional moments in cinema are generally always constructed and manipulative but the best of those moments hide that calculation with enthusiasm on the part of of the storytellers. There’s never the sense that the filmmakers behind Finding Dory were invested in the sentiment they were conveying. That’s a problem not confined to Finding Dory. I have noticed that I am referring to the film as Pixar’s and not Andrew Stanton and Angus MacLane. Those are the two directors of Finding Dory. It doesn’t feel like their film.

Perhaps it’s because the story never feels as important as individual moments and messages. Dory (Ellen DeGeneres), the forgetful fish from Finding Nemo, begins to have fragmented memories of her childhood and decides to set out to find her parents. Marlin (Albert Brooks) and Nemo (Hayden Rolence) go along for the ride, and then lose Dory, so have to…find Dory.

There is a lot of stuff in Finding Dory that should warm the heart and yet my heart remained cold. It probably has more to do with myself than any failings on the part of Pixar, Stanton or MacLane. I wish I had enjoyed it more, and Toy Story and Monsters Inc and The Incredibles, so that I didn’t have to feel like such a grinch. I am not the right man to review Finding Dory. If I’m being totally honest, I find the character of Dory a real pain in the neck. Go see it. You’ll probably enjoy it. If you’ve got kids, take them along. I’ll make sure that Derek covers Cars 3.