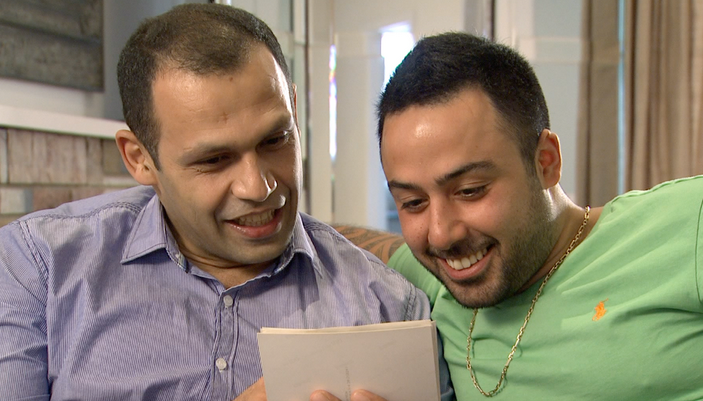 “Boat people” seems like one of those impossibly dismissive terms that simultaneously categorizes and stigmatizes a group of “others.” Indeed, those “others” – refugees seeking asylum from the oppressive regimes in their homelands, often the Middle East – could very easily be segmented into one all-encompassing category, precisely because they were physically segmented into detention centres upon arriving in Australia. Sometimes this detention lasted years, and it didn’t always end in the citizenship these refugees were so direly seeking.

Steve Thomas’ Freedom Stories – which begins a one-week limited engagement in Australia on 23 July –has the feel-good wisdom to focus only on a dozen of these “boat people” who did become, once and for all, “land people” inside Australia’s borders. In so doing, however, the documentary somewhat fails to contextualize the prevailing attitudes and government policies that placed refugees in a limbo that sometimes seemed worse than the conditions they had so determinedly fled.

Narrating himself, Thomas tells us his desire to make this film grew out of his previous documentary Hope, which followed the travails of one particular “boat person” who came to Australia’s shores. Having been exposed to the wealth of other stories from the centres, Thomas began working on Freedom Stories. The film is oddly, though charmingly, conscious of its status as a film. Thomas pulls back the curtain on his filmmaking process, frequently showing his camera operators in the shots, letting his subjects handle the boom mikes, and shooting footage of his own computer, where he housed pictures and notes on each interview subject. It’s a type of transparency he rightly believed would put his subjects at ease. In fact, he tells one particularly hesitant interview subject that he will show her the footage he plans to use before completing the film. That’s a type of control most directors would hesitate to yield, but it seems to benefit Thomas immeasurably. He gets frank and honest testimony from refugees from Afghanistan, Iraq, Iran and others, who represent a wide array of types and aspirations. One is a painter, one is a real estate agent, one is a mechanic, one lays the tiles for swimming pools, one teaches information technology, and one – a mother of three – even aspires to drive a big rig. 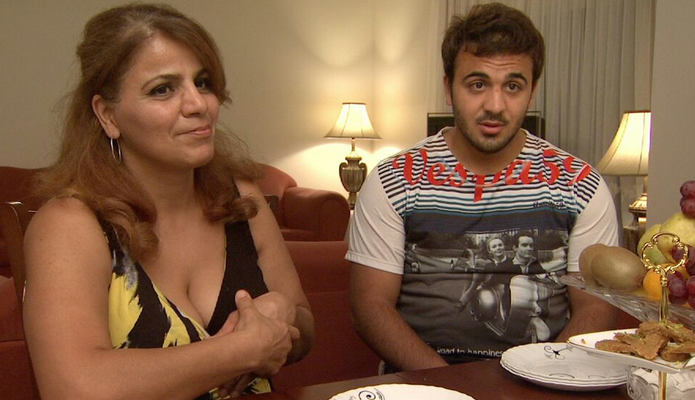 The portions of the film dealing directly with these people’s experiences – filmed with intervals of six months or a year, to show how their stories have progressed – are poignant indeed. They warm the heart at some points, and enrage us at others. What emerges is a sense of human beings struggling to make a better life for their families, and all the many shapes and complications that struggle can have.

What doesn’t quite emerge is a real antagonist. Almost every person interviewed shares some memory about the conditions they endured in the detention centres, which led some to cut themselves and others to go on hunger strikes. Depression was an inevitable byproduct for many of them. However, Freedom Stories has the distinct feeling of what in journalism terms is called a “one-source story.” It’s not that Thomas needed to include talking heads who represent the regrettably tenacious anti-immigrant faction in Australia, or even government functionaries who explained why various immigration policies were designed as they were. But the film does need some sense of why it was so tragic that these people had to be remanded to detention centres in the first place. Rather problematically, and somewhat naively, it seems to take the position that refugees should have been welcomed directly into Australian society after getting off the boat. That some period of processing should have been necessary seems almost indisputable, but the film leaves no indication of what the right amount of time should have been. Clearly, three years in detention is too long – but would six months be too long? Where would have been a better place to house the refugees during the wait? By sparing no time for these questions, Freedom Stories leaves them unanswered.

Here’s a reasonable answer: Freedom Stories just isn’t that type of movie. It exudes humanism from every pore, and on that score, it’s an unqualified success.