" In our swipe-left, swipe-right age, using an outdated photo or exaggerating one’s bona fides is almost part and parcel to the dating experience."

"Shlesinger is a passable actress, but the idea that she would spin out an ordinary dating misadventure into this feature film suggests she has no talent for identifying funny long-form material."

The romantic comedy genre is based on the notion that somebody is lying to somebody else about something. It may not be a big lie; it could just be a harmless deception in the way they met. Or it could be that they’re actually a superhero, they’re actually a mythological creature, or they were once the opposite gender. (Hey, romantic comedies have been around a long time, and weren’t always as progressive as we try to be today.) 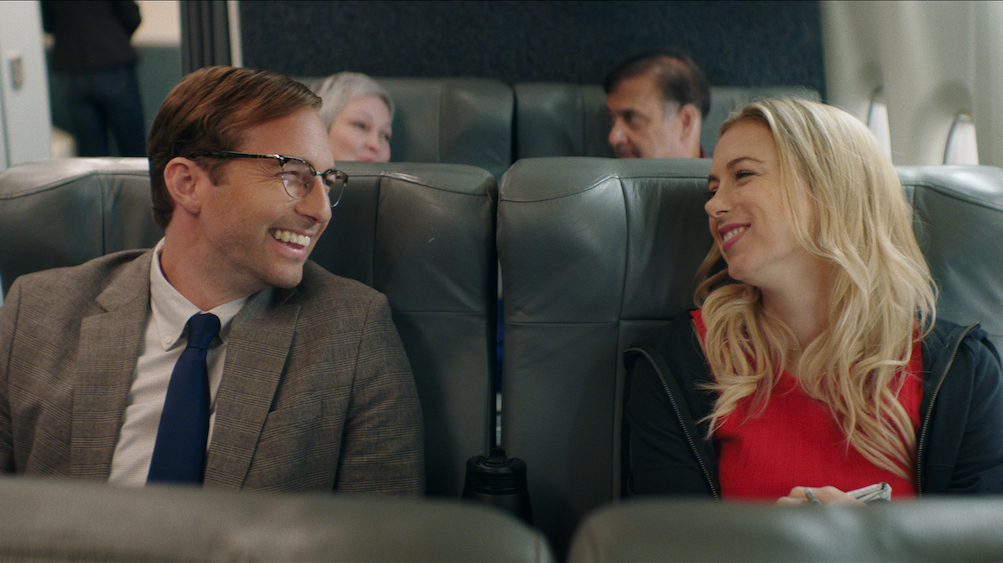 The person who is lying usually tries to tell the other person about the lie, but then they get distracted, or the other person says something right at the crucial moment that makes them reconsider revealing the truth, until it gets unwittingly unveiled just at the point of the greatest crisis in the narrative. You’ve seen these movies before and you don’t really need me to explain it to you.

Good on Paper, a Netflix starring vehicle for the talented comedian Iliza Shlesinger, treats the concept that this person is lying as a mind-blowing betrayal, and the sole point of the entire movie. In our swipe-left, swipe-right age, using an outdated photo or exaggerating one’s bona fides is almost part and parcel to the dating experience. At the end of a drawn out 94 minutes in which everyone in the movie realises her love interest has been lying to her except her, you’re almost hoping and praying for the great mermaid or sex change reveal. That the reality is so much more banal is not very smart for a comedian whose intelligence is a central tenet of her comedy.

On the plane after another botched audition for an acting role – the story is based loosely on Shlesinger’s real experiences – stand-up comic Andrea meets a man (Ryan Hansen) who is too good to be true. Actually, he isn’t really; he’s a little dorky and a little pudgy. But he’s funny, he went to Yale, and he’s a hedge fund manager, plus she just enjoys being around him. Soon they get to do a lot more of that, as she invites Dennis to her show that night, despite the fact that he slips into the conversation that his model girlfriend just called him saying she has to change the time of her shoot. He shows up at the comedy club, the first sign that that model girlfriend probably doesn’t exist.

They start dating, even though Andrea is not attracted to Dennis, a fact she makes clear numerous times through her voiceover. She explains that these relationships often transition out of the friend zone after a night of heavy drinking when the reluctant party lowers their inhibitions, and indeed, that happens here. Besides, Dennis just told her that his mother has been diagnosed with cancer, another apparent whopper that he delivers rather unconvincingly. 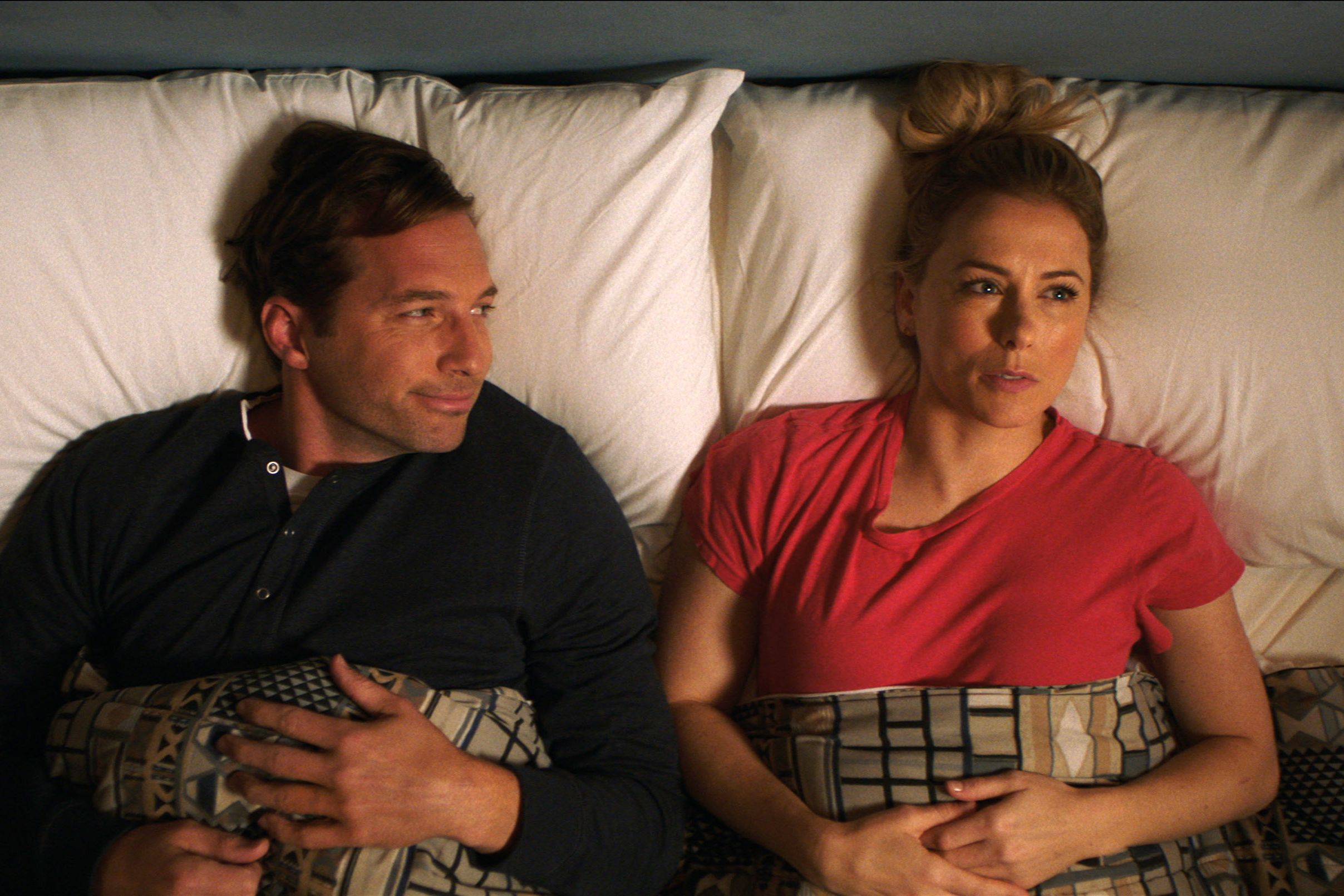 As their friendship becomes a romance over a period of months, she’s never seen his apartment (he’s about to buy a house in Beverly Hills), she doesn’t know any of his friends (nor the aforementioned mother), and the model girlfriend is mysteriously never mentioned again. No big wonder that Andrea and her friend Margot (Margaret Cho), another successful stand-up, and her frenemy Serrena (Rebecca Rittenhouse), another starlet who took a more immediate path to success, are soon staking out the house where Dennis says he lives.

Kimmy Gatewood’s film understands the beats of this type of movie, to a point, but it teases out the mystery of what Dennis is hiding for so long, it sets us up for something much more clever than what it actually is. When it’s revealed how depressingly ordinary Dennis’ charade is, it serves the rather flimsy theme that Andrea (or Shlesinger) just needs to trust her instincts. And those instincts are … what? That if a guy is a little dorky and a little pudgy then he must be a deceptive creep? That the chiseled studs she’s been dating are more reliable? It’s not a good look. 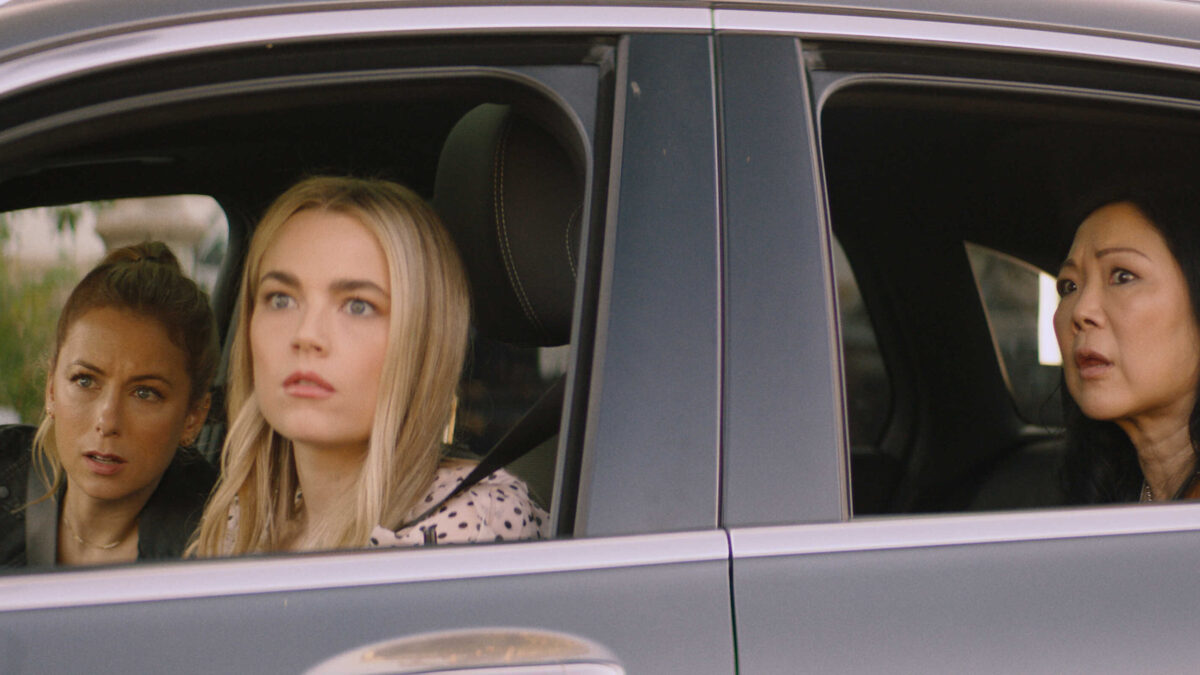 Shlesinger’s own instincts in her comedy act are unimpeachable. In 2008 she was the first female winner of the show Last Comic Standing, and she’s gone on to hosting duties on other shows and five comedy specials for Netflix. But if she hasn’t succeeded so far as a leading lady in movies – she’s 38, though she plays the “ancient” age of 34 in the film – it could have to do with the instincts she displays here. She’s a passable actress, but the idea that she would spin out an ordinary dating misadventure into this feature film suggests she has no talent for identifying funny long-form material. The essence of stand-up comedy is one-liners and short bits that rarely run for more than a couple minutes, and maybe that’s a better form for her observations about life’s foibles. 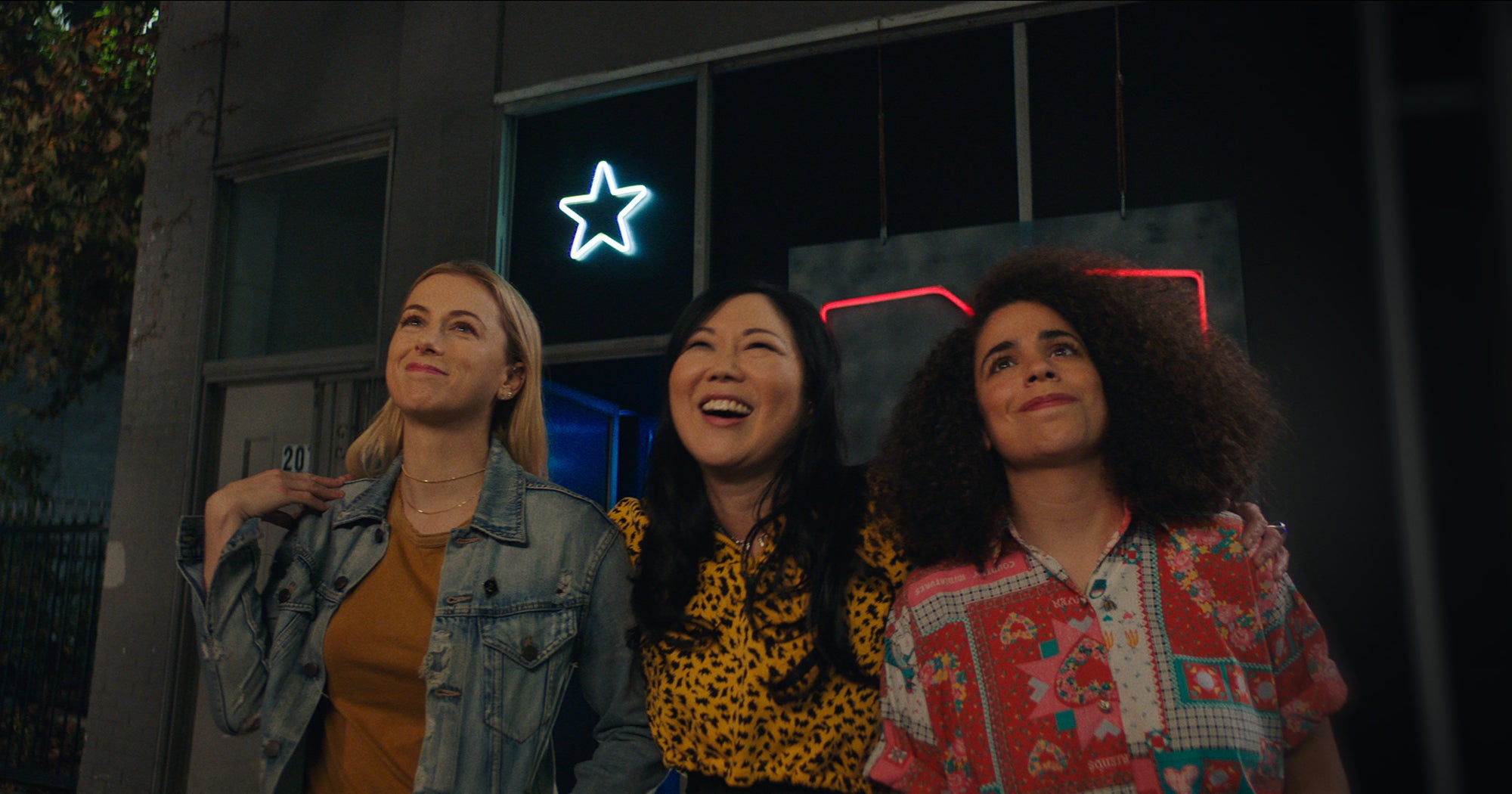 Good on Paper is the right sort of film to possibly break into the phase of her career Shlesinger apparently wants, but perhaps Netflix is too permissive a partner for such an arrangement, allowing her to indulge her whims rather than providing the necessary checks and balances on dubious subject matter. The film may be good on paper, but that’s not where modern movie reviews are written. (Sorry, the joke just made itself; Shlesinger might or might not approve.)