"The movie unwittingly embraces the central aspect of many drug-induced freakouts: the concept of one’s own mortality."

"It’s a document appropriate to our current times, when the pandemic has forced us into celebrities’ homes as a replacement for the public venues where they usually shine."

Have a Good Trip starts out as a good trip. The new Netflix documentary, which gathers stories told by celebrities about consuming psychedelic drugs, gets us going with none other than Sting, who recounts quite a tale indeed. He had just taken peyote for the first time when a neighbour of his, a farmer, approached him with a problem. His cow was in distress, in acute pain as she tried to give birth, and without Sting’s help, the cow would probably die. So there Sting was, high as a kite, pulling with all his might for 20 minutes, trying to birth a calf from a cow – successfully, you’ll be glad to know. To set the scene, we see an animated version of the iconic musician as the trees and grass urge him onward. 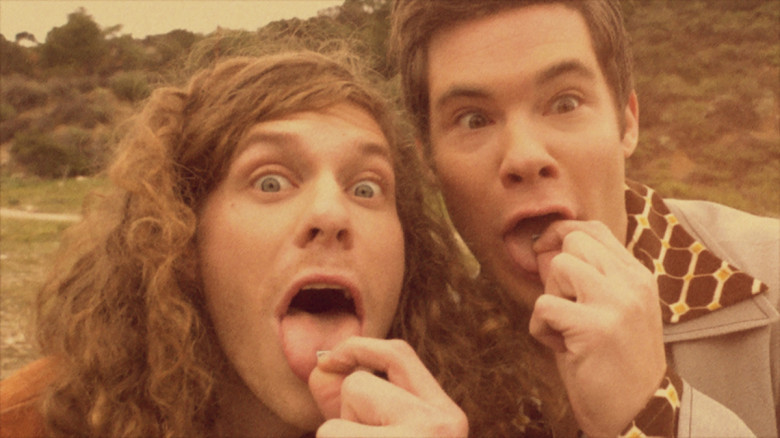 But consistent with the points made by the film, whose full title is Have a Good Trip: Adventures in Psychedelics, not all trips are good ones. The film itself starts to feel like a bad one for extra-textual reasons. The comedic vibe doesn’t change, but a pall starts to be cast over the film during consecutive interviews with Anthony Bourdain and Carrie Fisher, both of whom are now dead.

The long-gestating film made the decision to keep both interviews, even though Fisher’s health was probably compromised from years of drug use, and Bourdain actually ended up killing himself – not a very good advertisement for the possible long-term effects of such hallucinogens. Add in the fact of the quite coincidental death of Seinfeld favourite Jerry Stiller – who is mentioned by his son Ben in one of the stories and who died on the same day the film was released to Netflix – and the movie unwittingly embraces the central aspect of many drug-induced freakouts: the concept of one’s own mortality.

Other than that, though? Pretty funny, and also enlightening. The good trips and bad trips intermingle for people who eat magic mushrooms, smoke DMT or take acid, but in Sting’s words, “It all evens out.” The key, according to most of the interview subjects, is to be in a good headspace at the time you do it. David Cross even says the world would be a kinder place if everyone had their consciousness expanded by acid at least once. (It’s a fine balance, though – according to some, eight trips makes you insane.)

Have a Good Trip apparently grew out of a belated desire to counterbalance public awareness of campaigns of the 1960s, 70s and 80s, which broadly drew a direct correlation between the consumption of LSD and the tendency to go crazy and jump out the nearest window. These campaigns are teased in Have a Good Trip by a running in-movie parody, which features Adam Scott as the gravely serious announcer and other actors, including Riki Lindhome and Haley Joel Osment, in the roles of young adults “driven insane” by these drugs, circa 1985. It’s spot on. 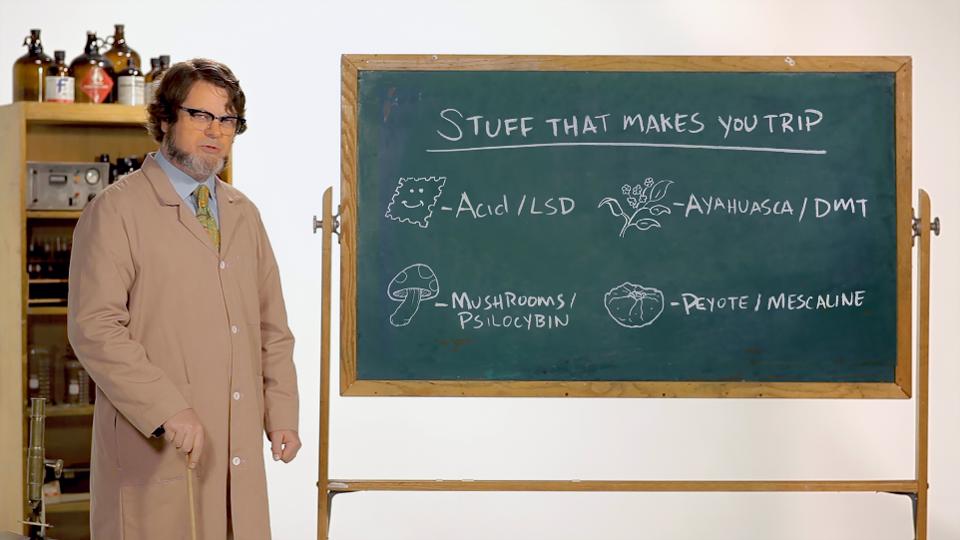 Nick Offerman plays the role of larger host of the proceedings, a “scientist,” introducing segments that get into the effects of these drugs on the brain, and also helping string together the interviews. Among the others who share stories are Deepak Chopra, Rosie Perez, Nick Kroll, A$AP Rocky, Sarah Silverman, Judd Nelson and the Beastie Boys’ Adam Horovitz.

Director Donick Cary is a former Simpsons writer, and also an executive producer for animation at Sugarshack Animation, which does the animated work to flesh out the interviewees’ stories, though there are also some actor recreations. It’s not highly sophisticated animation, but it does the trick. It might be possible to watch an entire movie starring an animated version of Sting, who also relates his story of going to Mexico to learn more about peyote with the natives, an experience that involved climbing a mountain blindfolded under the blazing sun. 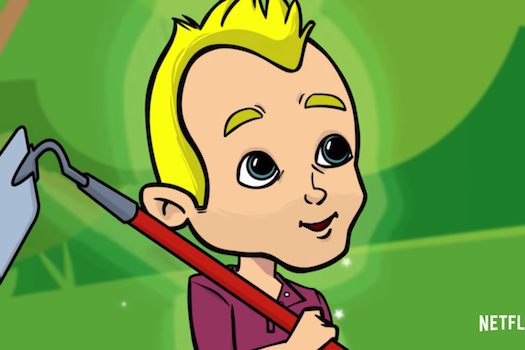 Despite a few aforementioned downer moments – which you can choose either to ponder, or to celebrate as an opportunity for a little more time with Fisher and Bourdain – Have a Good Trip is a very enjoyable distraction overall. Again by happenstance, it’s a document appropriate to our current times, when the pandemic has forced us into celebrities’ homes as a replacement for the public venues where they usually shine.

There’s an even greater sense of intimacy here, as not only does a lot of this appear to be shot where they live, but there’s a certain bravery to recounting stories about the use of illegal drugs, many of which involved highly irresponsible choices. (Nelson discusses coming to a dead stop while driving on a freeway.) Many of these stories aren’t far removed from something they might tell about themselves in a stand-up routine, but a couple hint at the darkness that was part and parcel to their experience. In fact, Ben Stiller can’t stop mentioning that he never needs to take acid again, or maybe didn’t need to do it the first time. “I could have just seen this film,” he says. 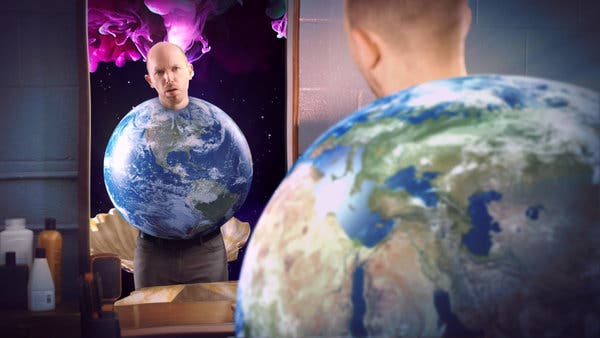 In fact, Have a Good Trip likely works equally well for the initiated and the uninitiated. As a chance to vicariously experience something they wouldn’t otherwise be inclined to organise, teetotalers can get a sense of what it might be like, for good or for bad, and also get a laugh at some familiar personalities in unusual circumstances. (Rosie Perez swimming along a dance floor she thought had turned into ocean water, for example.) Those who have gone down that road, on the other hand, may find themselves nodding along: “Been there, done that.” It’s a trip both kinds of viewers should find worth taking.