"The film has energy and creative derring-do to spare, but what’s difficult to reconcile is the self-satisfied notion emanating from it, which is that Papushado is the one who thought of all these things in the first place."

"If there’s the possibility of a door slamming into somebody’s arm when they’re holding a gun, and the gun then shooting them in their own face, it’ll happen in Gunpowder Milkshake."

Wearing your influences on your sleeve is a tricky proposition in today’s Hollywood. Quentin Tarantino gets away with it; in fact, QT’s love of pastiche and of the westerns, kung fu films, and exploitation films of his youth kind of make him what he is. Other people do not get the same leash. And if Quentin Tarantino is actually one of those influences and you try to wear THAT on your sleeve, look out. 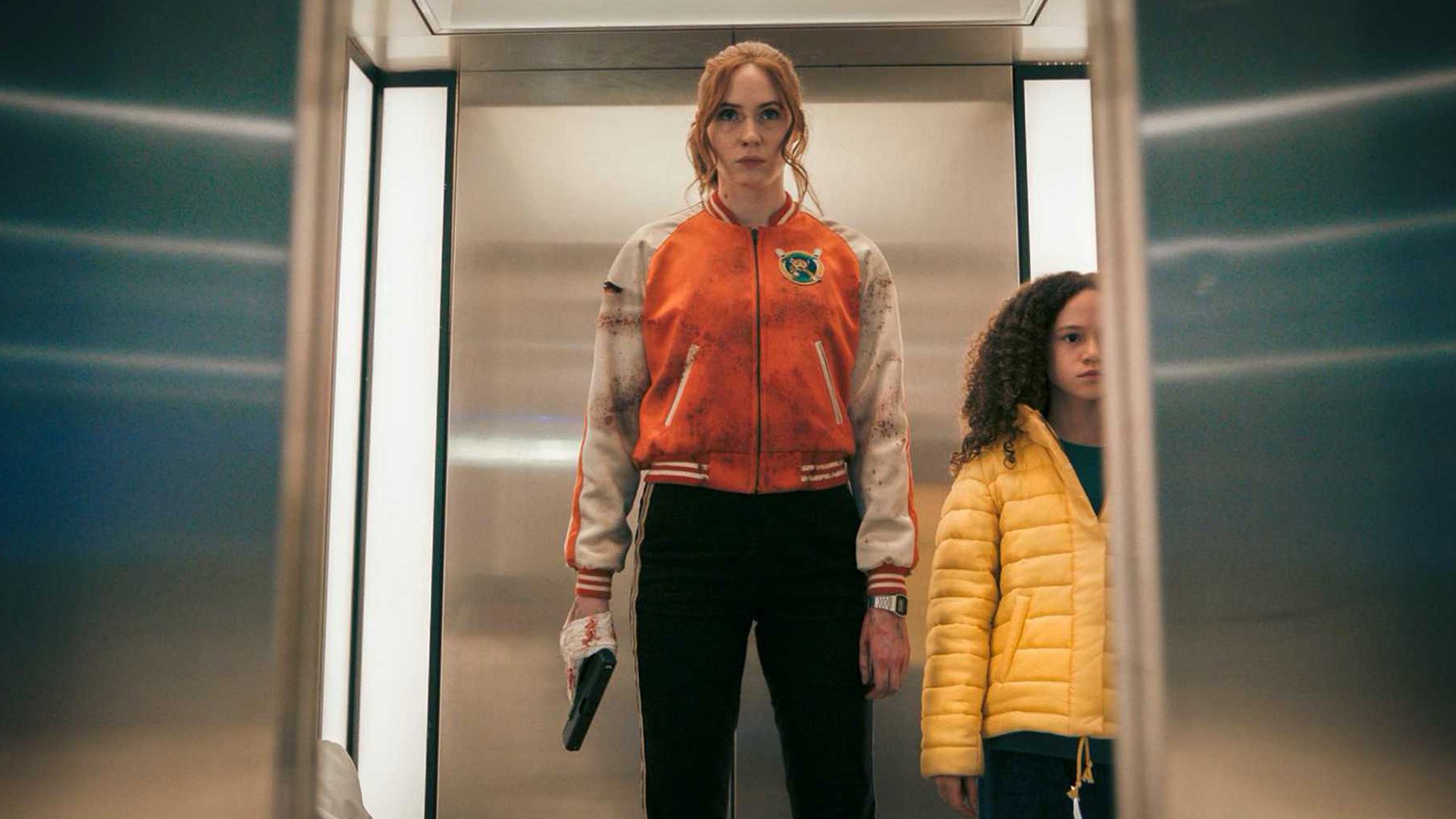 Tarantino is probably one of Navot Papushado’s influences, and those influences cascade outward, funhouse mirror style, in a couple fight scenes in his excellently titled Gunpowder Milkshake. The score in these scenes has a distinct whistling that seems unmistakably borrowed from the western scores of Ennio Morricone. But one of the reasons we’ve reacquainted ourselves with those spaghetti westerns in the past few decades is because Tarantino started borrowing liberally from them. Is it a Tarantino homage or a Leone homage? Exactly.

In truth, Papushado has more immediate cinematic references he’s ripping off – sorry, alluding to – with his first feature since 2013’s Big Bad Wolves. The most readily apparent point of comparison is the John Wick series, as the world of Gunpowder Milkshake contains a shady syndicate called “The Firm” that employs fleets of assassins, and features sacred spaces where violence is prohibited, such as “The Library” and “The Diner.” There’s even a doctor who waits around in a secret clinic just for the inevitable arrival of gangsters riddled with bullets. The two-fisted gunplay just takes those surface similarities and drives them from subtext to text, and the bowling jacket worn by Karen Gillan for most of the movie adds in a little extra theft from Nicolas Winding Refn’s Drive for good measure.

Fortunately for Papushado, he’s got skill behind the camera and does all this stuff pretty well, inclining us to judge it a little less harshly. But only a little. The film has energy and creative derring-do to spare, but what’s difficult to reconcile is the self-satisfied notion emanating from it, which is that Papushado is the one who thought of all these things in the first place. Of all the genres that get ripped off, the stylish action movie is one of the least likely places to find anybody contributing anything new.

The milkshake of the title – sans the gunpowder – is what a young Sam (Freya Allan) orders when taking a meeting at “The Diner,” waiting for her assassin mother (Lena Headey) in her younger years, for her handler (Paul Giamatti) when she joins the family business after her mother goes into the wind for violating one of the “rules.” As the story starts, Sam (now played by Gillan) has just killed somebody she shouldn’t have killed, the son of a “Firm” bigwig, even though he shouldn’t have been there and it was the Firm who sent her to do the job in the first place. To make up for it, she needs to bring back a bowling ball case full of money stolen by an accountant from the legit side of the business, but of course that doesn’t go right either.

It turns out this guy stole the money to provide ransom to the men who kidnapped his eight-year-old daughter (Chloe Coleman) – eight and three-quarters, she insists – and Sam can’t let the child come to harm if she repossesses the money. Thus begins a quest to save the child, fend off the goons sent after her, and try not to kill every single person in “The Firm” – though I guess that would solve the problem of them sending more goons. She falls under the reluctant protection of the women who run “The Library” – a place people can acquire guns cut into the pages of books – who are played by Carla Gugino, Michelle Yeoh and Angela Bassett.

Gunplay’s nice and all, but the John Wick series itself has run its ideas into the ground after three movies (with at least a fourth still due). The popularity of those movies shows that there is indeed an appetite for this, and Gunpowder Milkshake is positioned to capitalise on that appetite. Whether it’s positioned to do much more than that is questionable, and relies somewhat on the charisma of the actors. Which is not insignificant, but may not get its best showcase here.

Gillan is kind of a B+ property in terms of star quality – a good third or fourth wheel, but probably not the type of person upon whom you can rest an entire movie. She seems a little reluctant, never really cutting loose in terms of her performance, even when she’s cutting loose on a hundred different stunts throughout the course of the narrative. (Well, her stunt double is, anyway.) The women who support her – it’s basically all women, which comes off as a bit pandering from a male writer-director – don’t really get the proper chance to shine either. Maybe the film’s best distaff asset is the young actress Chloe Coleman, who has an intense presence that is somewhere between innocent and discomfiting. It definitely works for the film.

The tone is of that kind of jokey violence that Tarantino has always loved, and that directors Chad Stahelski and David Leitch – both of them former stuntmen – have made the signature mode of the Wick series. If there’s the possibility of a door slamming into somebody’s arm when they’re holding a gun, and the gun then shooting them in their own face, it’ll happen in Gunpowder Milkshake. Some of this can be fun. A lot of it gets tiresome.

It may just be that the world has moved on from all this, maybe with the changing of the decades. We’re always going to want to have fun at the movies and we’re always going to want to see people shoot each other, and we’re probably still a bit tickled by a clever tableau of slow-mo violence that makes us scratch our heads how they even shot it. But what Papushado is giving us here is already starting to feel a bit anachronistic, even in this moment where its heyday is just beginning to fade. Better to be ahead of a trend than behind it, and Gunpowder Milkshake feels like it’s riding some pretty threadbare coattails.