"The contradiction between what Satanists are and what the vast majority of the public believes them to be is the core of Lane’s film. "

"Lane’s film is a fascinating deep dive into the history and philosophies of this group..."

Let’s say you came across a group who subscribed to a set of guiding principles, which they called tenets, that represented a common-sense collection of philosophies about how to live a moral life. Let’s say these tenets included, for example, “one should strive to act with compassion and empathy toward all creatures in accordance with reason,” and “one’s body is inviolable, subject to one’s own will alone,” and “beliefs should conform to one’s best scientific understanding of the world,” followed by the clarification “one should take care never to distort scientific facts to fit one’s beliefs.” And four others along these lines. You’d be ready to sign up, wouldn’t you?

Now what if this group were called the Satanic Temple?

Those are indeed among the seven tenets of the Satanic Temple, an organisation that has prompted knee-jerk rage around the world (particularly the United States) since its inception, yet basically exists to ensure fairness and equality among people. They’re the subject of Penny Lane’s new documentary Hail Satan?, which, without the question mark, represents the declaration members make to each other at meetings. They sometimes giggle a little when they say it, because for a moment they see themselves through the eyes of the people who hate them, who think they are drinking blood from the necks of decapitated animals and sacrificing children. A lot of the time, what they’re doing is a lot more banal, like cleaning refuse from beaches and the sides of highways, or collecting socks to clothe the homeless. 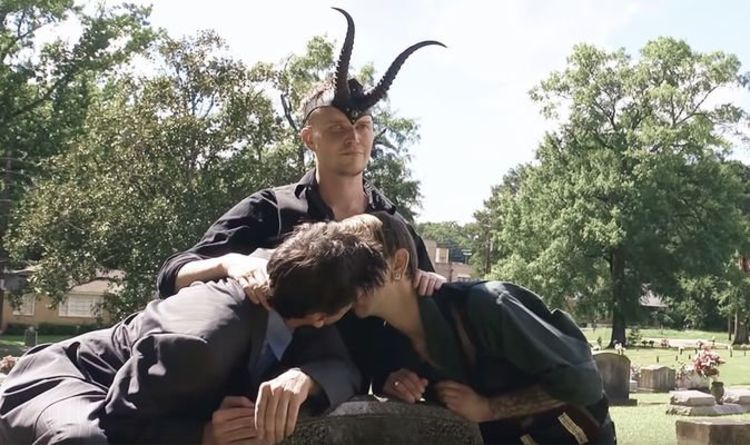 The contradiction between what Satanists are and what the vast majority of the public believes them to be is the core of Lane’s film. Oh, there are probably people out there who call themselves Satanists who do actually hurt people in the name of a dark lord. But these Satanists in this temple are steadfastly non-violent, they are politically active, and they dress in dark clothing and dark makeup primarily because they played Dungeons and Dragons when they were kids, and listened to heavy metal music.

There is of course a stigma attached to being an outspoken member of such a group, so a number of the interview subjects in Hail Satan? appear with their faces darkened or digitally blurred, while almost all use pseudonyms. The man we speak to most has actually twice masked his identity. He goes by the name Lucien Greaves, and he’s been the public face of the group he helped form while his partner, Malcolm Jarry, is one of those whose face is shrouded in secrecy. As if conforming to the public’s superficial notion of what a monster like him might be, Greaves is blind in one eye, the iris a kind of milky colour. But this is a man with a wicked sense of humour in addition to his sincere political convictions. When a political opponent believes he’s unmasked Greaves’ true identity, Greaves turns to the camera and reveals that this more mundane name the man has discovered, Douglas Mesner, is also a pseudonym.

The temple members do indeed need to be careful because a sizeable portion of the Christian world – and presumably others, but mostly Christians – are out to eradicate them. Hail Satan? documents the temple’s attempts to place a statue of Baphomet – a goat-like embodiment of Satan – next to statues of the ten commandments outside capitol buildings in states of the American south. See, these religious statues on public government land are a violation of the U.S. constitution’s separation of church and state. Instead of protesting to take these statues down, the Satanic Temple says it’s only fair that their own should also appear. That’s just the way they roll.

Lane’s film is a fascinating deep dive into the history and philosophies of this group, including a delightful array of representations of the devil in popular culture, and a consideration of the so-called “Satanic Panic” of the 1980s, when urban legends about encoded lyrics on albums played backwards clouded people’s minds. The film explains that Satan has been chosen as the group’s central figure not because he embodies evil, but because the history of the character is that he was tossed out of heaven because he wouldn’t play by God’s rules. These Satanists define themselves as an antagonist to unchecked authority, in whatever form it may take. Satan is the only figure they feel they could have chosen to personify that mission. 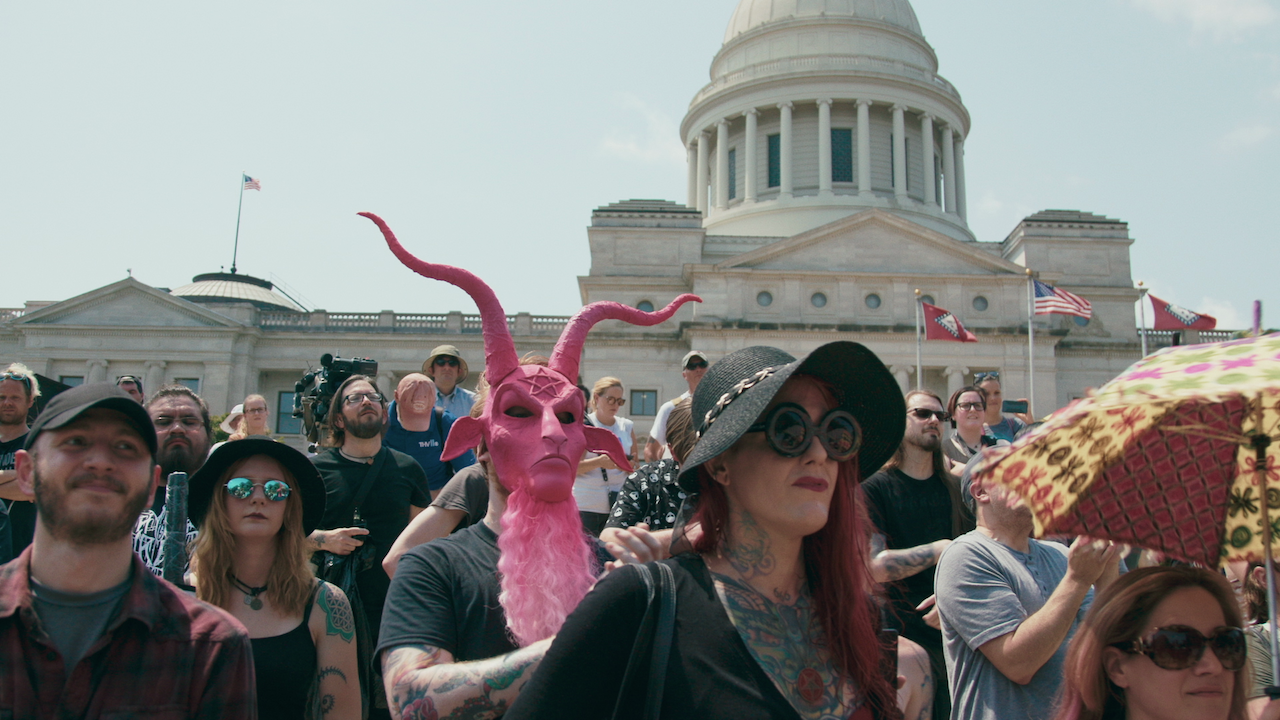 While the film is surely on the side of the Satanists, it doesn’t suggest they are without fault. At one point, in her frustration with continually being thwarted by a monotheistic world that refuses to open its mind, the leader of the Detroit chapter resorts to extreme rhetoric and suggestions of violence that help cement the public’s misperception of the group. Even with these self-defined rebels, rebellion has rules, and this woman was essentially excommunicated from the temple following her actions. One of the strengths of Lane’s film is that it blurs the lines about who’s really wrong here, the woman who violated the tenets, or the group who upheld the letter of the tenets rather than their spirit. She argues that you can’t work within the system to change the system, but political capital also tends to be won with delicacy and diplomacy.

Hail Satan? is saturated with compelling content. It’s even moving at times, especially if you are inclined to agree with the temple’s progressive attitudes. While certain representatives may be a tad on the eccentric side, the vast majority of them seem “normal,” and besides, what’s so wrong with being eccentric anyway? The fact that the group has grown to include chapters the world over and more than 50,000 members suggests that it is not something that can be dismissed as a stunt or plea for attention. The Satanic Temple seems genuinely to be trying to create a utopia. Unsurprising to anyone paying attention in 2019, it’s the world that reacts to them that feels dystopic.