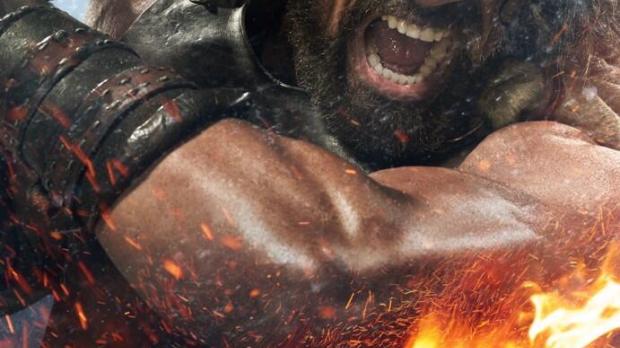 Brett Ratner’s Hercules gives us a hero for our time: smart, ironic, and PR conscious. This Hercules is just another mortal mercenary working in the year 358 BC, condemned for a crime he didn’t commit, the murder of his family. Solo heroism isn’t his scene—rather, he’s followed around by a team of loyal warriors who make him seem deadlier than he is, including his nephew, who freestyles epic poetry on the spot. You know he’s a good guy underneath it all, though, because he only collects his blood money so he can someday retire to a simple life on an island in the Black Sea. He’s approached by a princess, Ergenia, who offers him his weight in gold if he helps her seedy father, John Hurt, defeat a rebellious sorcerer, Rhesus. As it transpires, Rhesus isn’t a sorcerer, any more than Hercules is a demigod—only a vaguely camp rabble-rouser with a legitimate grievance against the megalomaniacal Hurt.

Hercules is a mostly lighthearted film, but it still shows the influence of Game of Thrones on fantasy culture. There’s a flash of unnecessary female nudity, various instances of coarse humour, and at one point Hercules uses the word “fuck”. It’s also quite gory—there are some particularly confronting shots of Hercules’ slaughtered family. These features make it weirdly unsuitable for children, but the film’s so defiantly stupid that it’s not really suitable for adults, either. The jokes are abominable (they always are, in these CGI epics) and the battles are over-choreographed. Fortunately, they’re at least anchored by the Rock’s body, which radiates good will and charisma. Johnson looks great swinging a club and he speaks with humorous self-deprecation. “I like you”, confesses an adversary, even as Hercules prepares to twist the head off his shoulders. 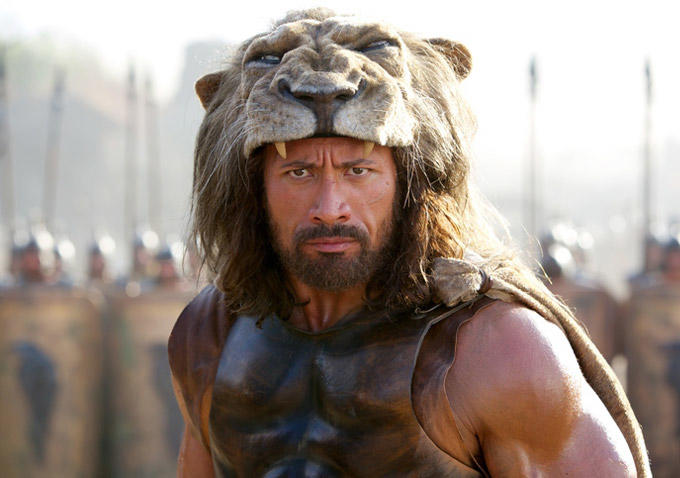 The real problem with Hercules is that it attempts to overthrow the concept of myth altogether without providing a meaningful substitute. If you watch the trailer, you might receive the impression that it deals with Hercules’ battles with the hydra and the Nemean lion. You’d be incorrect—there aren’t any monsters in Hercules, only politicians. The film has three villains, two of whom appear for only a few minutes. Divine destiny itself becomes the subject of cheap wisecracks. This deconstruction of the Hercules tale results in a film which is ultimately depressing and dull. Superimposed on this bleak perspective is a facile “believe in yourself” philosophy. The real message of the film is that nobody is born a hero, but you can become one through an act of self-definition. All well and good, but tell that to the countless drones and bit players massacred by Hercules and his pals. Evidently they just didn’t believe in themselves enough—otherwise they’d be the ones doing the massacring.

Ultimately, the undoubted appeal of the Rock and his body aren’t enough to bolster this sad, debased epic. If you really want to have a good time, check out this picture of Johnson playing patty cake with a little girl on set. Look at those arms. What a legend. 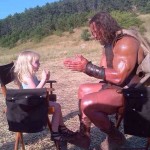