"It’s a staid and undistinguished rendering of a fascinating era in Cold War aeronautics, which contained a story most of us didn’t know about."

A mathematics savant approaches a chalkboard and writes out an unfathomable string of calculus, solving some previously unsolvable problem, while astonished half smiles creep across the faces of the lesser geniuses looking on. It’s been one of our most familiar cinematic sequences ever since, I don’t know, Good Will Hunting, enough that this type of film may deserve its own subgenre. What we haven’t seen in those two decades is a movie where an African-American woman is the one holding the chalk. Hidden Figures gives us that, which may alone justify its existence in the year after #oscarssowhite, and at a time when Donald Trump’s victory was seen as a blow to anyone who didn’t look like him.

Unfortunately, that bit of racial positivity may be the movie’s primary merit. It’s a staid and undistinguished rendering of a fascinating era in Cold War aeronautics, which contained a story most of us didn’t know about: any number of African-American women were central figures in America’s space race with Russia, at a time they weren’t even allowed to use the same toilets as their white counterparts. The most central of these was a woman called Katherine Goble Johnson (Taraji P. Henson), whose prodigy status as a child brought her on NASA’s radar, and eventually into the control rooms trying to launch astronaut John Glenn (Glen Powell) into orbit of Earth in the early 1960s. If Hidden Figures is to be believed, in fact, Johnson made the necessary adjustments on so many different calculations involving exit velocities, re-entry trajectories, and any number of other relevant bits of physics that the mission likely couldn’t have been accomplished without her. 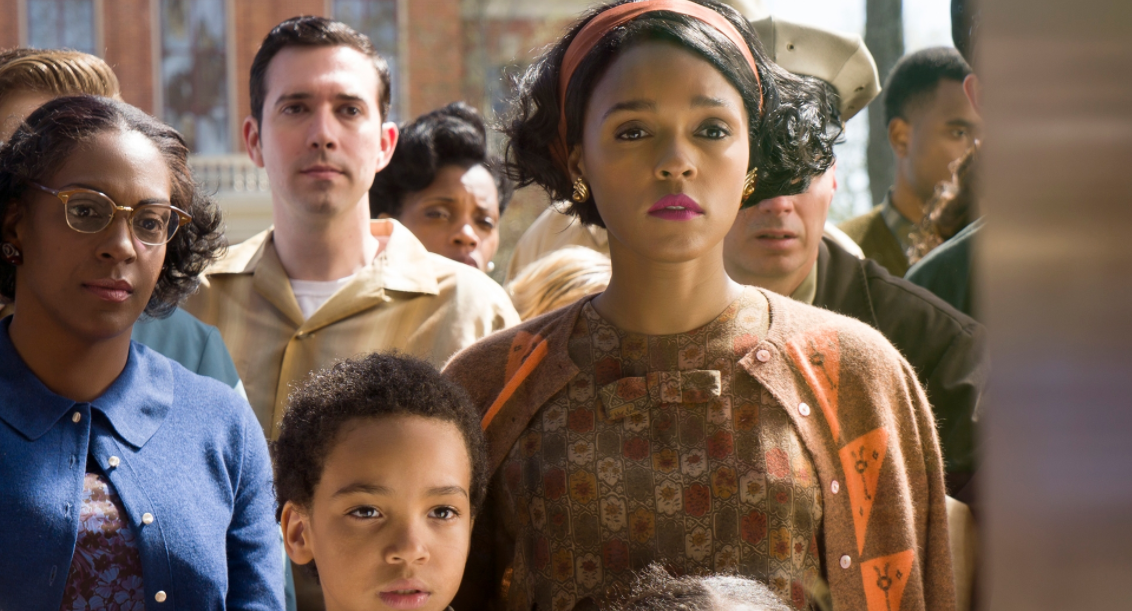 Yet like Jack Bauer on the TV show 24, who saved the world about 53 different times but continued to be viewed with scepticism, Johnson gets each of her chances when someone shrugs and says “Well I don’t know, let’s just give her a shot and see.” There’s likely a bit of dramatic license at play there, but it’s also an indication of just how little being a woman or being black seemed compatible with rocket science in the segregated south. The two other characters whose upward mobility is limited by this viewpoint are Dorothy Vaughan (Octavia Spencer), another mathematician, and Mary Jackson (Janelle Monae), an engineer. In a telling opening scene, the three women, on their way to NASA’s Langley, Virginia office, are experiencing car troubles that will make them late for work. When a police officer stops to check in on them, they’re concerned that because of the colour of their skin, he’ll find them guilty of something far worse than being tardy.

Their aforementioned white counterparts run the gamut from a NASA engineer who looks at Katherine Johnson like she has bugs crawling on her (Jim Parsons) and the manager eager to keep the African-Americans in their place (Kirsten Dunst), to the gruff but encouraging director of the space task group (Kevin Costner) and the charming and ebullient Glenn. They do seem to create a cross-section of the viewpoints facing Katherine and her compatriots in the segregated West Area Computers division of NASA.

So what’s the problem? There isn’t one, unless you’re looking for surprises. Hidden Figures is perhaps most reminiscent of another recent awards contender, The Imitation Game, which also dramatized the role of a minority genius in developing the technology to win a war. Alan Turing’s war was an actual war (World War II) and his minority status related to sexual preference (Turing was gay), but otherwise the films feel similar – faithful period recreations with underdog politics worth cheering, but little in the way of narrative distinction. Neither film really tries to explicate the theories in question, either, but that was more of a crucial oversight in Imitation Game. 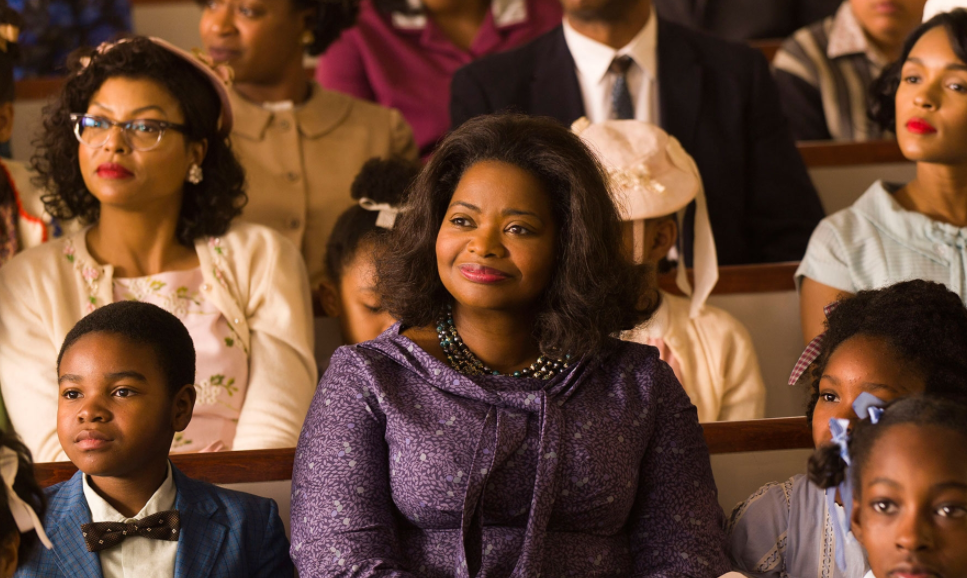 The problem may be Theodore Melfi, the film’s director. Melfi is known primarily for the disappointing Bill Murray vehicle St. Vincent from two years ago, a character study that didn’t single him out as a likely choice for a prestige picture about NASA mathematicians. He doesn’t fail in the task so much as he delivers something that’s memorable only for what it’s about, not how it’s about it. There are no risks taken here, certainly none comparable to the risks taken by the characters in the movie – both those extending leaps of faith to unproven commodities, and the unproven commodities challenging a status quo designed to limit them. All of those characters feel like they deserve a more courageous and interesting approach to the subject than the one Melfi is capable of bringing.

There’s certainly a possibility we’ll see Hidden Figures recognised when the best picture nominees are announced next week. The film isn’t worthy of such praise, but the people in the film more than make up for its shortcomings. It surely feels like we should know their story already, and the fact that we now do is cause for celebration.