"The film is sedately paced and regularly reverts to gorgeous aerial shots of a landscape that must be one of the most beautiful on Earth."

"Gutjuk in particular is a heroic yet believable figure, and Jacob Nayinggul’s performance is excellent."

It is no disrespect to the film to say that the Edenic scenery of Arnhem Land is one of High Ground’s greatest attractions. Despite what you might pick up from the trailer, the film is sedately paced and regularly reverts to gorgeous aerial shots of a landscape that must be one of the most beautiful on Earth, providing a sometimes distracting counterpoint to the film’s bloody events. 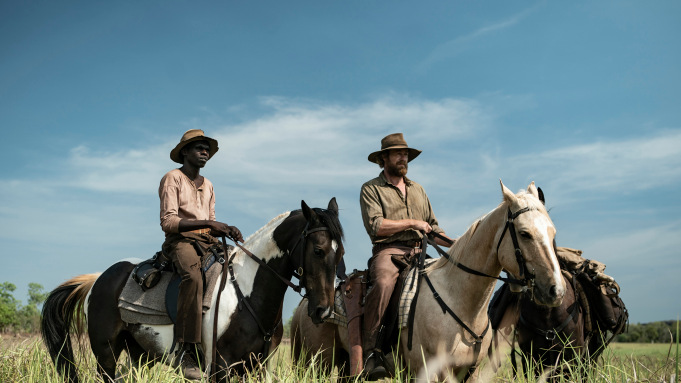 The core of the film is a relationship between a young Aboriginal man, Gutjuk (Jacob Junior Nayinggul) and the white bushman, Travis (Simon Baker), who at the beginning of the film rescues him from the massacre of his tribe and takes him to a mission run by a compassionate priest and his sister. There, Gutjuk matures in relative peace, until he hears that his uncle, Baywara (Sean Mununggurr), is leading the “Wild Mob” in raids on cattle stations. Travis is recruited to head into the wilderness to find and kill Baywara; Gutjuk offers to accompany him, supposedly to talk his uncle down, but really with the intention of joining him on the warpath.

Although in many ways High Ground takes an unflinching view of frontier violence—the opening massacre, for example, is brutally depicted—in other respects the script fails to feel quite authentic. Simon Baker as Travis and Callan Mulvey as his sociopathic foil, Eddy, are never quite believable as ex-military bushmen fighting a horrific irregular war. This isn’t to do with their performances, which are good, but rather with the dialogue, which simply sounds too modern.

There are bigger issues with Travis’ character as well. It is never really made clear why he agrees to hunt Baywara, and his willingness to work for the police sits awkwardly with his supposed scruples. It is as if the writers wanted to avoid depicting him as a white saviour but were unsure of where else they could take the character.

The indigenous characters are much better realised. The tension between Baywara and his father, Dharppa (Witiyana Marika), who believes violence will only lead to the tribe’s destruction, has far more resonance than any of the conflicts that the white characters face. Gutjuk in particular is a heroic yet believable figure, and Jacob Nayinggul’s performance is excellent. 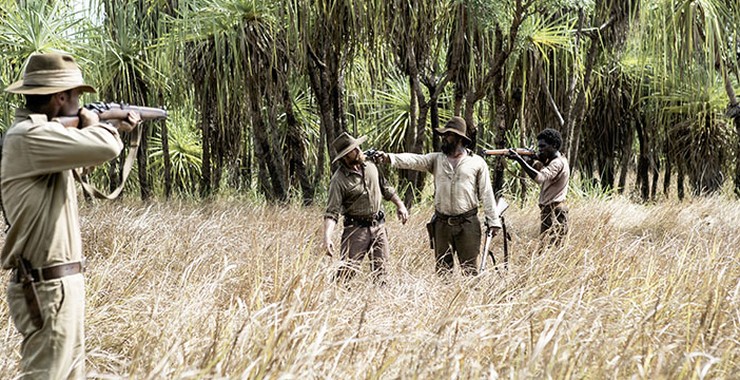 Despite some missteps in the script, High Ground is a film with real emotional force. It depicts historical tragedy without lapsing into sentimentality or hand-wringing.  And in the parts which are really key to a western, the spectacle and the sense of individual destiny playing out on a vast natural stage, it succeeds with aplomb. The fact that there aren’t many films like this can only be attributed to a failure of the national imagination.