"Kevin James plays Payton straight, which is easy enough to do when you have others around you busily mugging."

"Are we really still making fun of movie characters because they like yoga and talk about meditation?"

It’s not very weird to make an inspirational sports movie about a disgraced professional coach who redeems himself by coaching his 12-year-old son’s team. It starts to get weird when you learn the movie is based on a real football coach who won the Super Bowl just a few years before he was disgraced. It gets even weirder once revealed that this is a Happy Madison comedy, replete with slapstick and gross-out humour, and features many of Adam Sandler’s usual cronies. But the weirdest decision may be to whitewash the quite shocking reasons the real coach was really suspended, which fumbles the moral responsibility of the filmmaker – even when that filmmaker is making a dumb Adam Sandler comedy like Home Team. 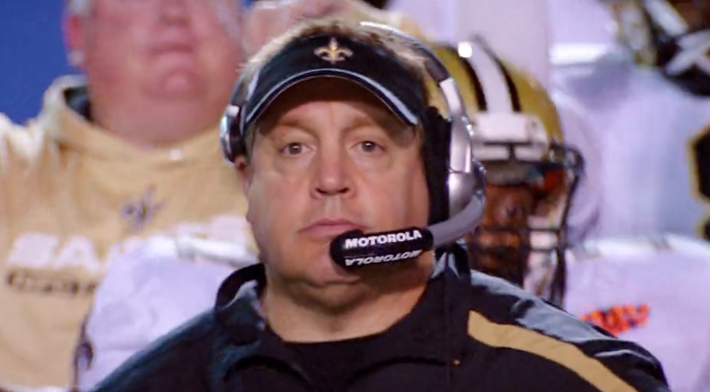 New Orleans Saints coach Sean Payton was suspended by the National Football League in 2012 after it was revealed that he covered up, and possibly even condoned, a program where players received payments for injuring opposing players during games. It was labelled “Bountygate” by the press – that suffix “gate” granted eternal life in the media after Nixon’s Watergate scandal – and it led to Payton’s removal from his position for the entire 2012 NFL season. During that time, he licked his wounds back in Texas, where he served as offensive coordinator for his own son’s football team. In addition to bringing big success to the foundering team, he also reconnected with a son his professional obligations had caused him to neglect, at least as this movie tells it.

The story’s broader details have all the makings for a mainstream inspirational sports comedy, and in fact, the 2005 Martin Lawrence vehicle Rebound is one of several films to have already explored the successful coach returning to his roots with his tail between his legs. Rehashing other films’ most successful components and themes is no great sin, and describes the history of Hollywood.

Where the sin comes in is what this coach was guilty of, which can’t be changed to something less controversial because the film is based on a real person. The makers of Home Team might have chosen only to take inspiration, if that’s the right word for something so very uninspiring, from Payton’s story. They might have called the character something different and given him a more innocent black mark than countenancing a program that could have led to concussions and paralysis. But it seems that Payton’s own ego and his attempt to prove some sort of innocence led them to make the story about him, as his own cringey cameo near the end of the movie confirms.

Kevin James plays Payton straight, which is easy enough to do when you have others around you busily mugging. The aforementioned Sandler cronies include Gary Valentine, who plays another coach on the youth football team and who has never met a table he didn’t want to fall on, and Rob Schneider, who plays Payton’s ex-wife’s dippy new agey husband. (Adam’s wife Jackie Sandler, the ultimate Sandler crony, plays Payton’s ex, but she’s not doing any mugging. She’s one of about four Sandlers in the movie, none of them Adam.) In among them there’s another straight man, former Twilight star Taylor Lautner, the team’s head coach. 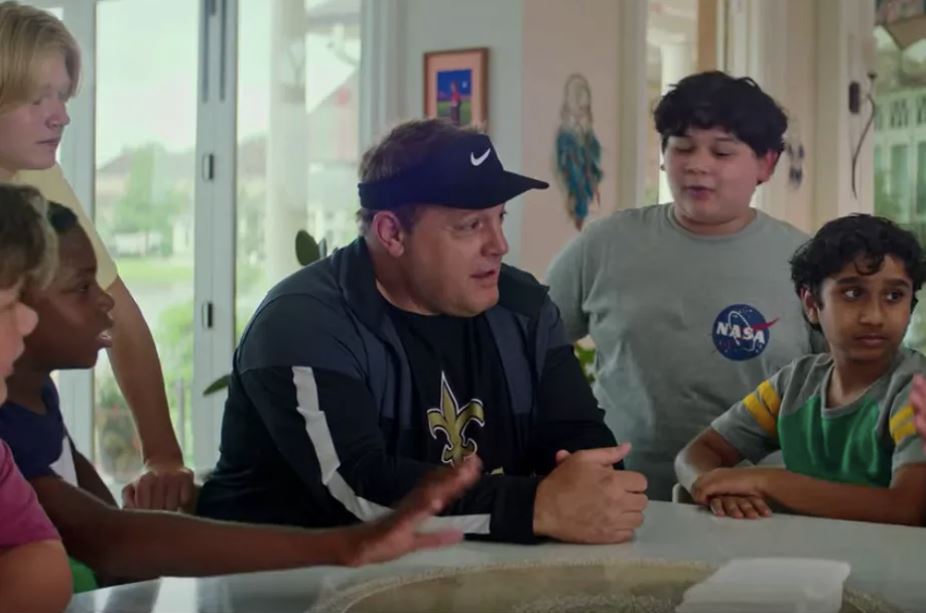 The story beats are all completely expected. Payton initially considers himself above the fray, bristling at the idea of loaning his strategic mind to a bunch of sixth graders. But of course he comes around and finds a renewed passion that is implicitly missing from his professional gig, scribbling down new offensive strategies late at night in his hotel room, and even demonstrating these plays to his players using Mexican restaurant condiments. He’s also got to slowly thaw out his son, played by Tait Blum.

The other “expected” parts, if you’ve seen a Happy Madison movie, are scenes like the one where the whole team gets food poisoning that kicks in right during the final drive of the season’s most important game, leading the players to spray vomit all over themselves and their opponents, but somehow not leading the referee to suspend the game. This food poisoning was of course the responsibility of the film’s big punching bag, the hippy dippy anti-Payton played by Schneider, who gave the team his own homemade energy bars comprised of questionable ingredients. Are we really still making fun of movie characters because they like yoga and talk about meditation? 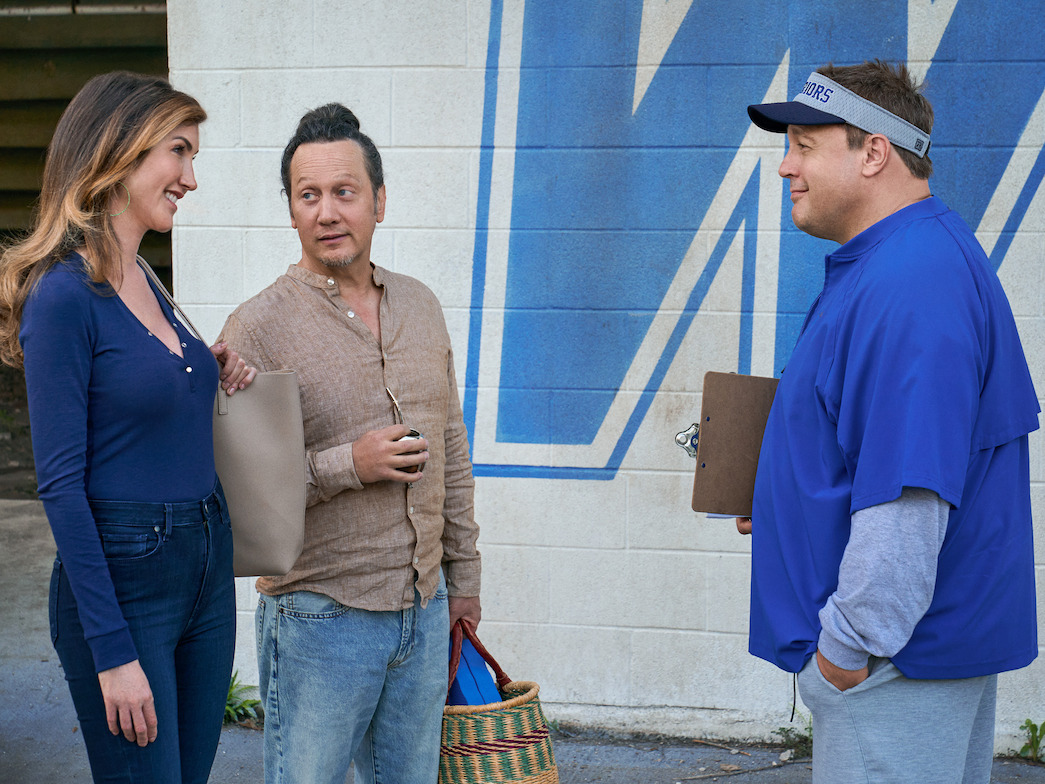 You could tolerate all these things with a groan and a sigh if it weren’t for the way this film lets Payton off the hook morally. Because it would be impossible not to address the elephant in the room, Payton’s son does ask him at one point if he’s guilty of the things he’s accused of, and he gives what might actually be sort of an honest response: “It’s complicated.” The reality is that Payton has some plausible deniability in the scandal – we won’t relitigate the specifics here – and that the next thing he tells his son is also sort of honest, which is that as the coach he has to take responsibility … even though he is also contesting his suspension.

That’s the last mention of it. If you’re expecting some third act come to Jesus with his guilt, it’ll be a long wait. His only growth as a character is measured in learning that he has to play all his players even if it means the team might not win. The real Payton likely didn’t learn any lessons either, if his extremely self-serving cameo is any indication. In an interesting bit of timing, Payton only just announced that he is stepping down from the position with the Saints he had held since this all went down. If you want to consider it some sort of delayed comeuppance, that’s up to you. 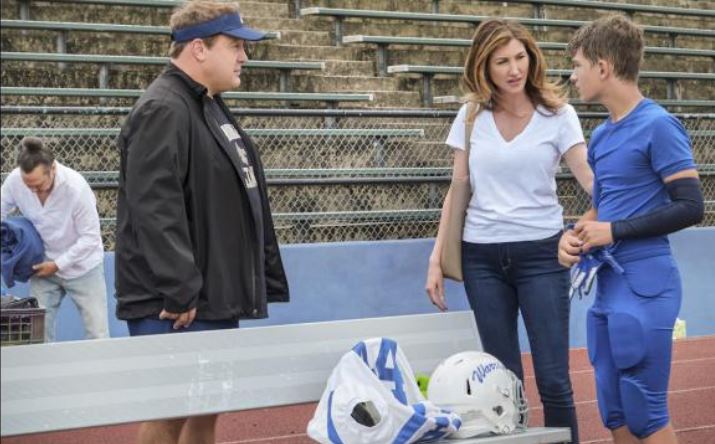 In terms of lessons not learned, no one involved with Home Team learned how to make a movie that engages meaningfully with the serious issue at its core. It might have been a tricky task in a Netflix comedy that continues Sandler’s ongoing deal with the streaming giant, but then maybe the best choice would have been not to make it at all.