"As it turns out, it’s worth the effort to have made it, and certainly the little time it takes to watch it (only 87 minutes)."

"For a film that has already been announced as the final in the series, Transformania feels a lot more like a madcap middle entry than something intended to put a bow on ten years’ worth of children’s films."

Hotel Transylvania is kind of the like the guest who stays too late at the party. It was creatively done after three films, maybe even after two; Adam Sandler knew this, abandoning his vocal responsibilities for the central character of this series, Count Dracula, and taking his friend Kevin James (Frankenstein’s monster) with him. Yet a fourth movie was in fact made, as Hotel Transylvania: Transformania has just debuted on Amazon rather than in cinemas, a decision prompted more by COVID than the distributors’ perception of diminishing creative returns. As it turns out, it’s worth the effort to have made it, and certainly the little time it takes to watch it (only 87 minutes). 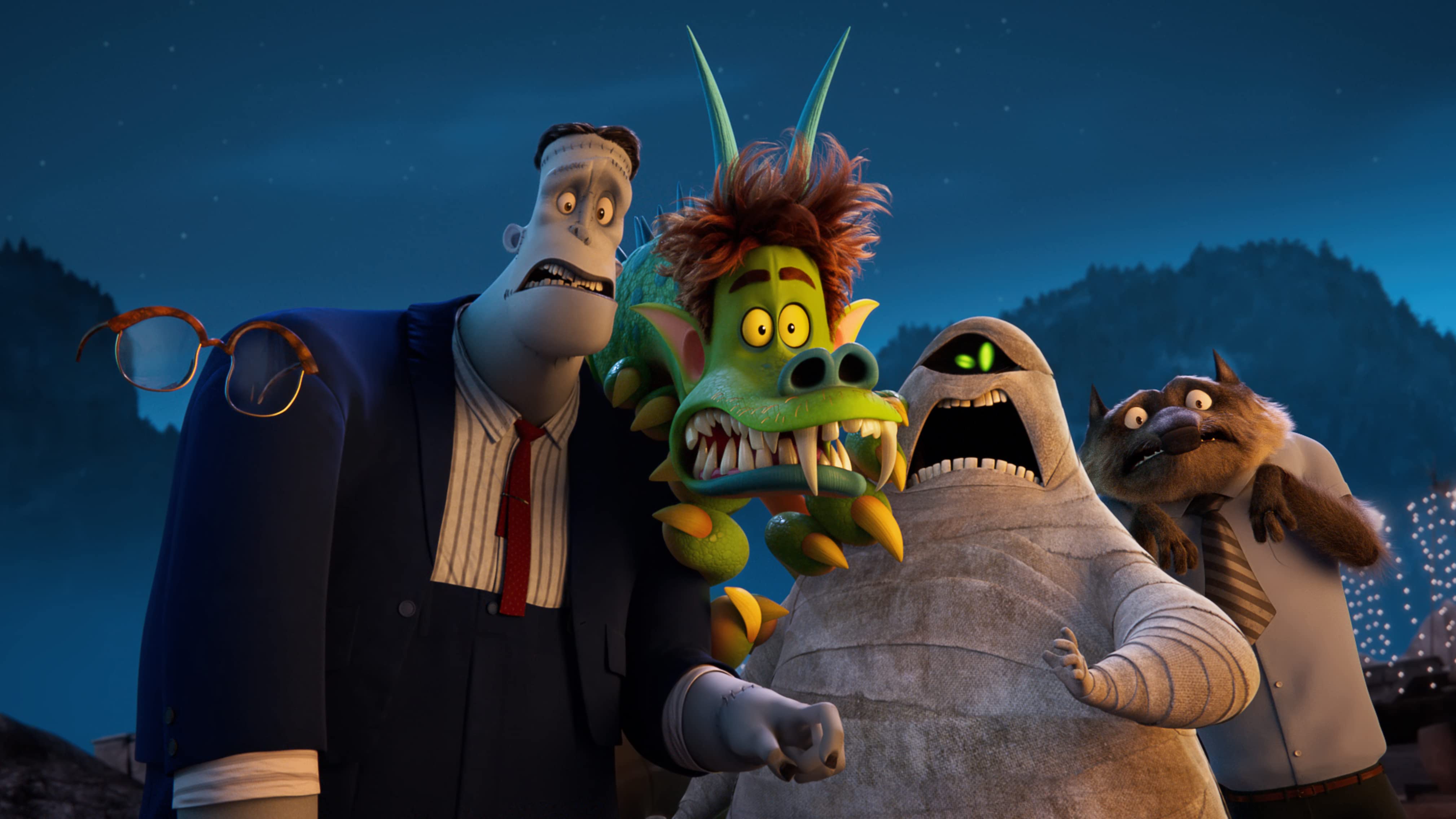 Sandler ends up not being the driving force behind the charms of these movies, and Brian Hull does such a credible impersonation of Sandler’s Drac that most people won’t even notice the difference. Ditto Brad Abrell as the monster. “The monster” is not a distinct enough phrase in this series, even on second reference to the green guy with bolts in his neck, as these movies have dealt with a whole coterie of monsters since the original debuted ten years ago.

Transformania brings one new one into the picture, but it’s a character we already know. Johnny (voice of Andy Samberg) has been the romantic interest of Drac’s daughter, Mavis (Selena Gomez), in all four movies — the last three as her husband — and his being a human has always been some part of the film’s conflicts. The fourth film finds surprising creative energy from figuring out what the Johnny we know would be like as a monster.

It’s the 125th anniversary celebration of the titular hotel, and Drac has a big announcement planned. He’s going to retire from the hotel business and hand it over to Mavis – and, he grudgingly admits to the human love interest (Kathryn Hahn) he acquired in the last film, to Johnny as well. Although he has certainly taken a shine to his son-in-law over the years, there are irreconcilable differences between them, and Drac fears how those differences will manifest in a hotel run by Mavis and Johnny. On the verge of sharing his big news with his gathered guests, he’s suddenly overwhelmed with visions of monster yoga in the lobby, and other permutations of Johnny’s California lifestyle that are incompatible with Drac’s Transylvania upbringing.

He panics and substitutes the news that the lobby will be getting a new bathroom. When asked behind the scenes by Johnny – who had gotten wind of the decision – why he can’t give Mavis and Johnny the hotel, Drac fumbles out an explanation that an arcane real estate law says he can only bequeath it to a monster. Undeterred, Johnny seeks out the hotel’s resident mad scientist – Van Helsing (Jim Gaffigan), also acquired in the last film – and learns Van Helsing has a crystal fastened into a shaft that can transform a human into a monster, and vice versa. Johnny gets an intentional dose, and transforms into a green lizard-like creature with a tail, which is still recognisably the spastic Johnny in its personality. Drac gets an unintentional dose, and suddenly, he can no longer transform into a bat or fly, and he’s got a massive gut. Freaky Friday-style hijinks ensue. 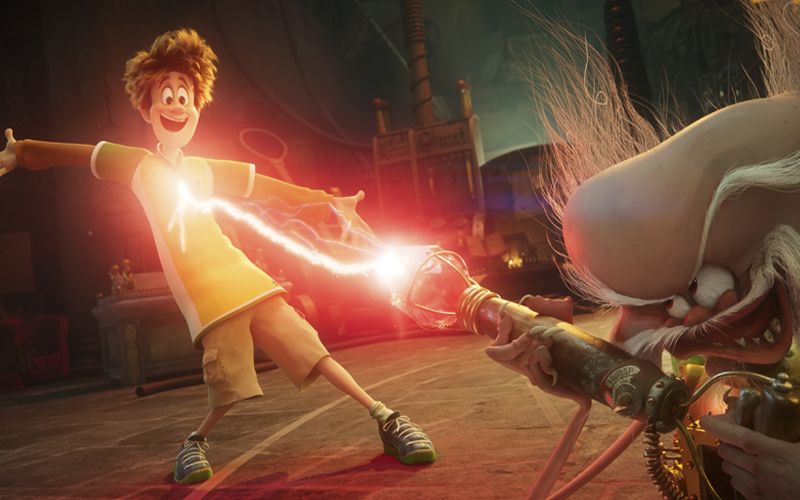 For a film that has already been announced as the final in the series, Transformania feels a lot more like a madcap middle entry than something intended to put a bow on ten years’ worth of children’s films. Given the way the series has overreached thematically, usually to good effect, it’s kind of a welcome change actually. Despite the departure of some key vocal talent, and animation that might be a touch less accomplished than prior entries, this is not actually a sinking ship. Plenty of big names still loaned their voices to this fourth instalment, and in truth, these are characters we have steadily grown to love, given that all the films have been worth watching on some level.

There’s plenty of mileage to be had from the role switching between Johnny and Drac, but the fun doesn’t stop there. Instead of being left on the sidelines as the series has added supporting characters, Drac’s buddies – who include the werewolf Wayne (Steve Buscemi), the invisible man Griffin (David Spade) and the mummy Murray (Keegan-Michael Key) – also get accidentally exposed to the ray that reverses their monsterdom, revealing humorous human versions of the characters. In an era of self-awareness (thank you Matrix Resurrections and Spider-Man: No Way Home), it might have been fun to animate these human versions as clear variations on the actors who voice them, but that might have drawn too much attention to the departures of Sandler and James. 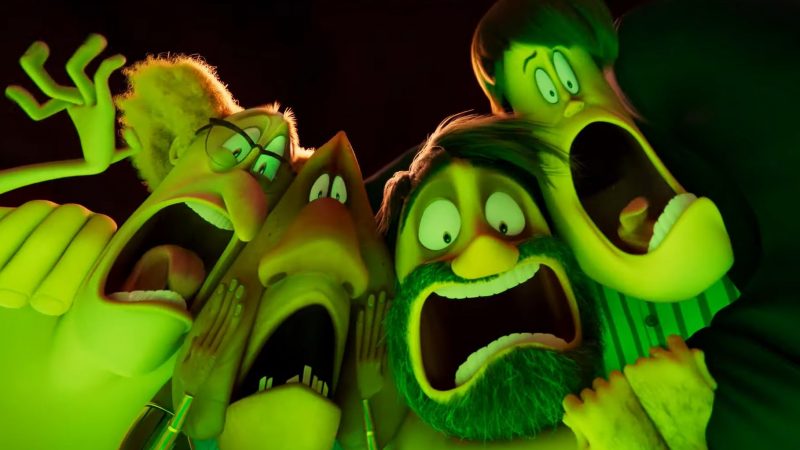 Transformania’s efficiency on a script level is something to behold. These films have never run longer than 97 minutes, yet this one feels like it’s already into its second half before you’ve even had a chance to get comfortable on the couch. That’s without sacrificing any of the necessary narrative beats, and with finding something useful for each character to do. Genndy Tartakovsky, the director of the previous three films, has handed over that duty to Derek Drymon and Jennifer Kluska, but his guiding hand remains as one of three screenwriters. It’s a welcome form of continuity that pays dividends in the final product. 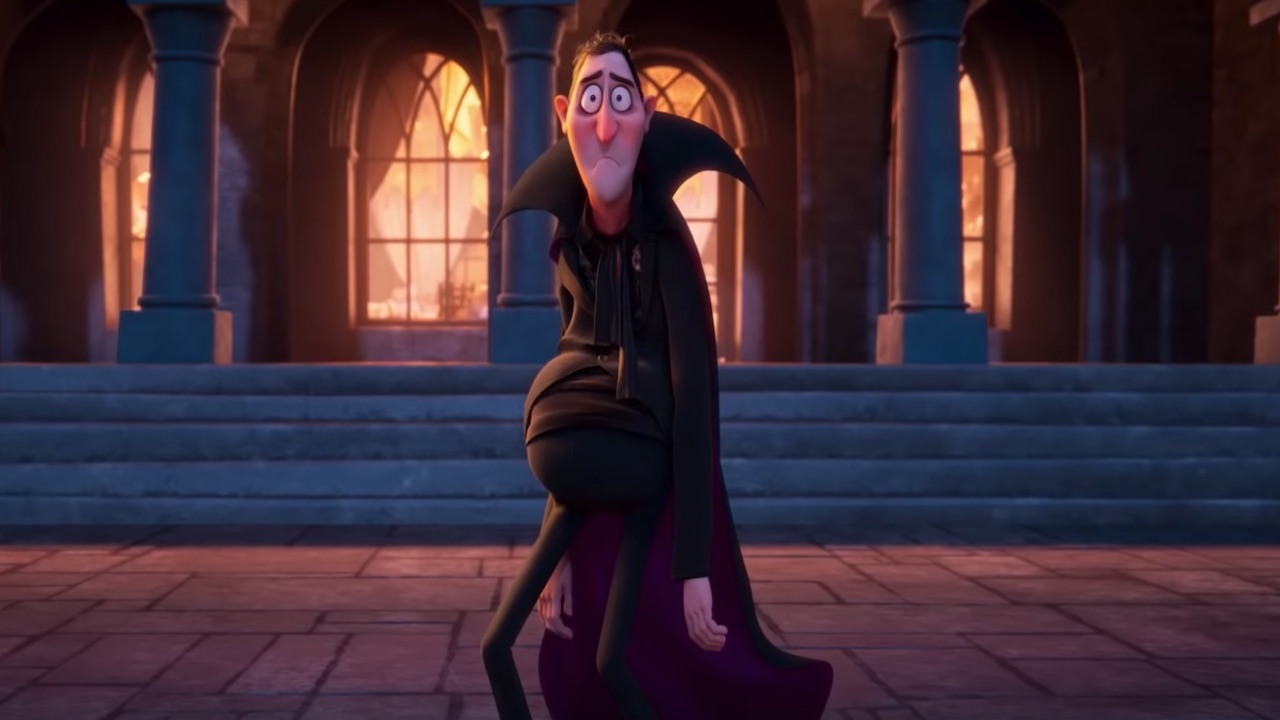 Transformania finds itself climaxing in the jungles of South America, an enjoyable locale befitting the need to take these characters beyond Transylvania. It doesn’t find itself climaxing with a definitive sense the series is over, a proclamation clouded by Amazon trumpeting this as its current #1 movie. The series has proven with this entry that it can weather defections from the cast, so maybe it can even weather the announcement that it’s done. Should it? Probably not, but Hotel Transylvania has been better than it should have been from the very start, and the “final” one is no exception.