"The House With a Clock In Its Walls is about witches, warlocks and an enchanted house, and any sense of Eli the Mad Splatterer has been scrubbed out of it. "

"Say what you will about Roth, but he has a certain gonzo quality to the films he makes that puts him on the edge of something really subversive."

Well, some people move away from the mean, and some people regress towards it. After going his own way for the first 15 years of a directing career that actually began in 2002 with the horror film Cabin Fever, Roth has finally made what amounts to a Disney theme park ride of a movie. The House With a Clock In Its Walls is about witches, warlocks and an enchanted house, and any sense of Eli the Mad Splatterer has been scrubbed out of it. Oh it’s weird sometimes, but in the worst possible ways. 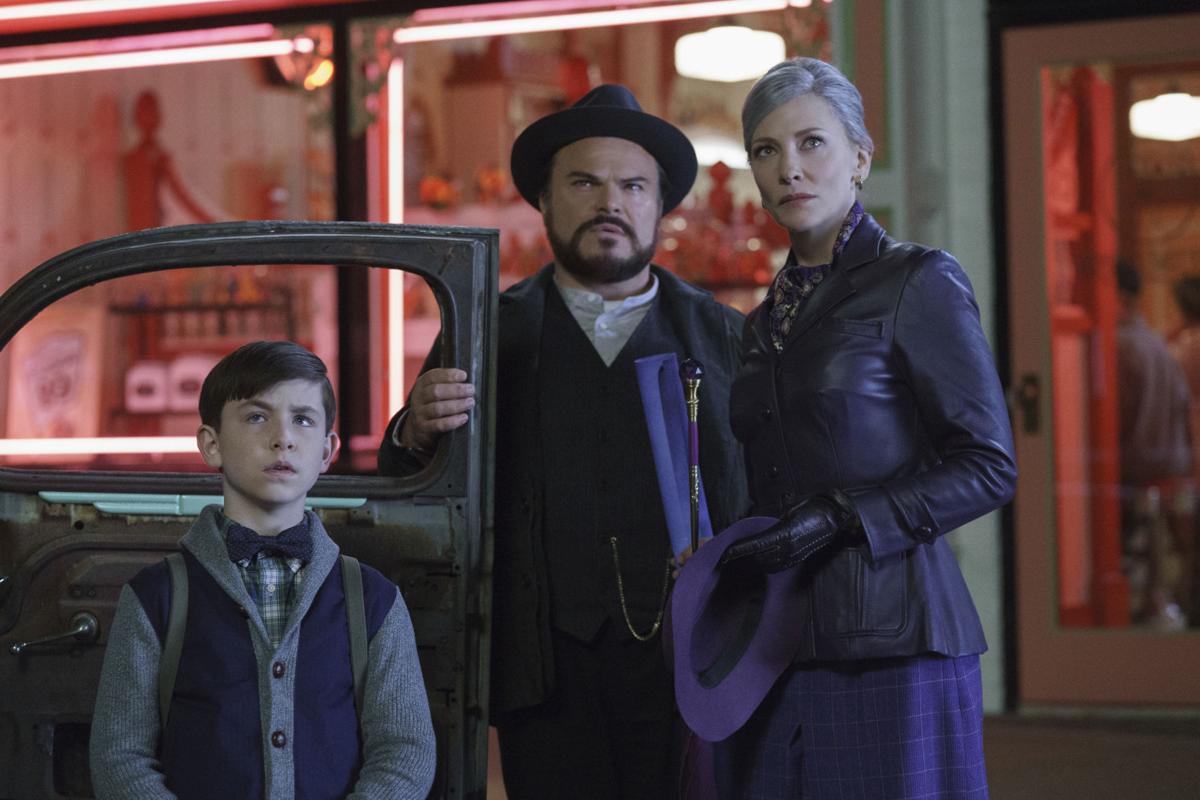 “Weird” is actually a badge of pride for young Lewis Barnevelt (Owen Vaccaro) in Michigan of 1955. He’s the kind of kid who wears goggles around because his favourite superhero wears them, reads the dictionary for fun, and gets picked for sports teams even after the kid with polio. Lewis’ parents have died so he goes to live with his even weirder Uncle Jonathan (Jack Black), who lives in a mansion bursting with old clocks, statues, and symbols of the occult. He passes himself off as your garden variety party magician, but he’s actually a warlock, the bickering platonic companion of the witch next door (Cate Blanchett).

So that possessed house once belonged to an even more powerful warlock (Kyle MacLachlan), who died under mysterious circumstances, but not before planting a ticking clock in the walls of the house that’s driving Jonathan crazy. There’s a magic book and a key made of human bone and a recliner that bounds around like a dog and a topiary griffin that poops bursts of dead leaves. You get the idea.

Do you? You probably should. The House With a Clock In Its Walls presents the same kind of world that Black first inhabited when he starred in the Goosebumps movie, and that Roth first inhabited when his name was Tim Burton. The fact that Roth is doing a weird kind of Burton homage is not the strangest thing about this movie. The strangest thing is what the evil warlock (not really dead, or not permanently dead anyway) has as his evil plan. If I told you, you’d laugh. But not in a good way.

This is pretty much par for the course for Black at this stage of his career, though he gave us a lot more in last year’s Jumanji reboot. The person for whom we should feel greater embarrassment is Cate Blanchett. Please don’t tell me that Cate the Great is already, at age 49, at the “take whatever I can get” stage of her career. Hollywood may indeed be that cruel, but if so, I don’t want to hear about it.

There really isn’t much at all to recommend this movie. The thing that should be coolest in terms of the CG, the topiary griffin, just reminds us that CG is so “been there, done that.” In 2018, what more do we really have to learn about an enchanted house that wasn’t already boring when Eddie Murphy made The Haunted Mansion in 2003?

And yet it could have been more than that. Say what you will about Roth, but he has a certain gonzo quality to the films he makes that puts him on the edge of something really subversive. Even as recently as 2015, the Keanu Reeves-starring Knock Knock was a discomfiting variation on the typical home invasion thriller. Especially in its climax, Roth pulled a bizarre and truly unexpected performance out of Reeves. That Roth is nowhere to be seen here. The House With the Clock In Its Wall is just a bunch of topiary poop.