"The various catastrophes out on the ice are well-staged and there is a good sense of danger."

Sometimes when I’m reviewing a movie, once I’ve firmed up my own opinion, I like to check out what other reviewers have had to say about it. I was a little bit surprised to see The Ice Road had received pretty bad write-ups. It’s not a masterpiece or anything, but I’m genuinely curious what these critics (most of whom I’m sure have given terrible films positive reviews) wanted from it. It’s definitely the best film about ice-road truckers I’ve ever seen.

The protagonist, Mike, is played by Liam Neeson. He’s a slightly dimwitted trucker who takes care of his brother Gurty (Marcus Thomas), a veteran with PTSD and aphasia. They’ve fallen on hard times when they receive word from trucking boss Jim (Laurence Fishburne) of an incredibly dangerous job, to deliver lifesaving equipment to a diamond mine in Manitoba where a rockfall has trapped dozens of miners.

To get there they have to travel across a frozen lake on a paper-thin layer of ice. They’re joined by a Cree woman, Tantoo (Amber Midthunder), who has just been bailed from prison, and whose brother Cody (Martin Sensmeier) is trapped in the mine. The characters are assembled and introduced in the quickfire manner of a heist film. The catastrophes which occur on the ice road are interspersed with scenes of the miners as their air supply quickly diminishes.

Jonathan Hensleigh‘s film does a good job of maintaining tension, and although the characters aren’t exactly studies in personality they have a pretty good amount of depth for a straightforward adventure movie. The film bases its emotional impact reliably in sibling relationships – Michael’s relationship with Gurty, and Tantoo’s with Cody. The various catastrophes out on the ice are well-staged and there is a good sense of danger. Some allusions to First Nations rights are never really followed through on and feel more like backdrop than anything—still, I suppose backdrop is better than nothing.

When it is revealed that the trucks have been sabotaged by an unknown party, an element of cartoonish villainy is introduced which redirects the story away from peril on the ice. The film could have perhaps persisted with the environmental dangers a bit more – bringing in human antagonists and shootouts feels like a bit of a copout, and the ice road itself only features for a small part of the story. 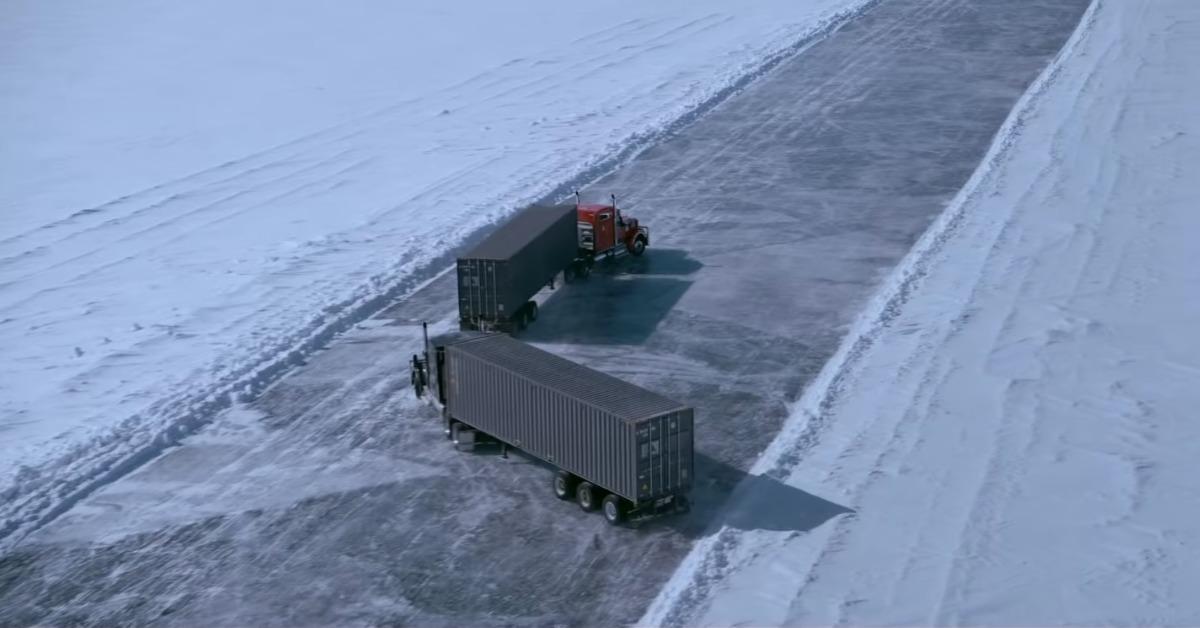 But scene for scene The Ice Road works well and although it could perhaps have been a bit shorter, I enjoyed it all the way through. It’s a pretty good Liam Neeson vehicle—pardon the pun! You need a sense of humour during the long hauls on the ice road.

The Ice Road is currently playing in cinemas.