There’s a composed melancholy to Inside Llewyn Davis that for better or for worse creates a sense of dissatisfaction. The film offers some insight into the fruitless struggles we often endure in life as well as the pain that can accompany mediocrity. It’s often bleak, but there’s a degree of calm to the Davis’ story that can’t quite condemn his lifestyle. It’s certainly unlike anything Joel and Ethan Coen have produced in the past, despite superficial similarities to a number of their previous films. If truth be told, it’s the moments of archetypal Coen Brother’s caricature and dialogue that Inside Llewyn Davis is at its weakest.

Llewyn Davis (Oscar Isaac) is a folk singer of talent that doesn’t necessarily match his aspirations. His previous collaborator, with whom he produced an unsuccessful album, committed suicide, leaving Davis to his own devices. Though Davis is fond of playing the duo’s music still he is told he doesn’t have what it takes to be a successful solo act. We’re reminded that despite the soulful folk lyrics, the music business is exactly that; a business.

Llewyn lacks a certain self-awareness regarding his own ability and projects a misplaced assuredness, most likely stemming from an unrecognised sense of jealousy toward his peers. I’m sure most of us are guilty of this in some form toward our professional colleagues. He mocks the work of his more successful friend Jim (Justin Timberlake) and has nothing but disdain for any folk singers he views as ‘square’. It’s a testament to Isaac’s performance that despite Davis’ glaring flaws, there’s something immediately endearing about the character. 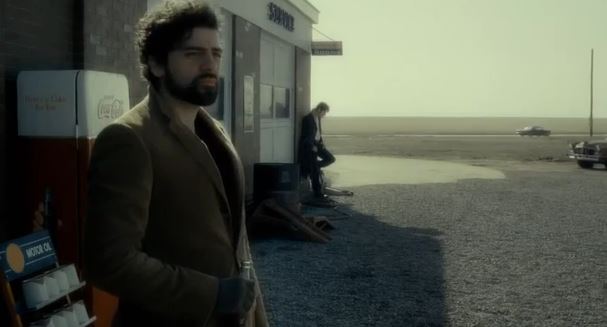 The Coen Brothers have built their career exploring and deconstructing genres, bending classic genre motifs to fit within their own cinematic sensibilities. The film is dissimilar to most films the Coen Brothers have made thanks to a degree of emotional complexity. For the most part Inside Llewyn Davis favours realism above caricature and fancy, elements that are certainly rampant in even the more downtrodden Coen Brothers films. Much of Inside Llewyn Davis feels like the work of different filmmakers, so much so that when classically Coen characters such as John Goodman’s abrasive Roland Turner dominate the scene, the film adopts a tone that feels entirely inappropriate in relation to the rest of the film.

There’s a breeziness to the minimal plot almost reminiscent of Altman’s Nashville (particularly regarding the elongated musical numbers) or even Richard Linklater’s Dazed and Confused, despite the fact we’re following just one character and not an entire cast. There’s no narrative drive to Inside Llewyn Davis and certainly no conclusive end. This is not a shortcoming but rather an asset. We’re invited simply to join Davis during a seemingly unremarkable week in his life. It’s the sort of meditative experience that helps us reflect not just on Davis’ situation but also our own.

Inside Llewyn Davis is a bleak film, but there’s a bitter sweetness to it as well. There a distinct elements of realism that is atypical of the Coen Brothers’ filmic sensibilities, but it’s a welcome evolution of style. The tone is occasionally offset by incongruous characterisation or stylised dialogue, but Inside Llewyn Davis remains one of the Coen Brothers’ most interesting films of the past few years.