"Jump scares are a tool that have become a crutch, handled recklessly by filmmakers without a command of real fear."

"If you were a child, would you be drawn to things that scared you?"

Everyone has an annoying friend that will wait behind a door or a wall, ready to jump out, just to ruin a few moments of your day. Roosevelt once suggested that the only thing we have to fear is fear itself. It’s an oft paraphrased quote, reaching sources as varied as Batman and Harper Lee’s “To Kill A Mockingbird.” It’s also a neat and undoubtedly unintentional observation regarding the essence of the most ubiquitous of horror film functions, the jump scare.

Jump scares are a tool that have become a crutch, handled recklessly by filmmakers without a command of real fear. Sincere horror is the feeling that a film instils in a viewer long after the credits have rolled. The horror of a jump scare is most palpable before the jump scare even happens. That’s fear of fear itself. And that fear evaporates as soon as the jump scare is over. And so, it is really the fear of being startled. That’s not horror. Nobody likes to be startled. 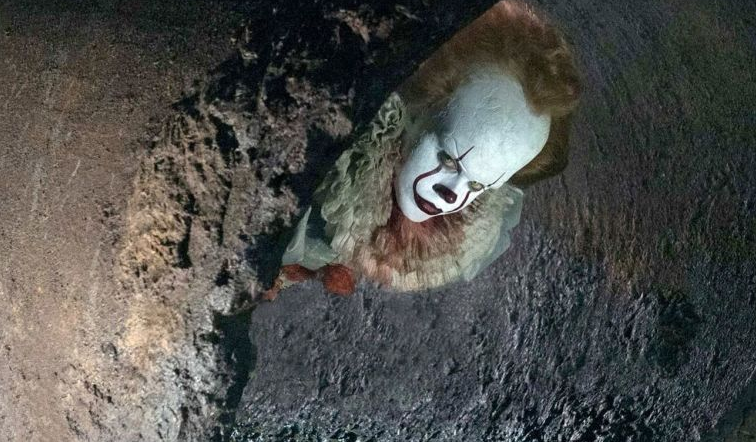 There are a lot of jump scares in Andrés Muschietti’s It. Their presence in the film miss the point. The story, based on the famous novel by Stephen King, is about a monster living in the town of Derry that preys on real fears. The protagonists are a group of children, Bill (Jaeden Lieberher), Ben (Jeremy Ray Taylor), Beverley (Sophia Lillis), Richie (Finn Wolfhard), Mike (Chosen Jacobs), Eddie (Jack Dylan Grazer) and Stanley (Wyatt Oleff), all social outcasts, bullied by the sort of bullies that are hopefully more prevalent in King’s work than in real life.

The monster, for the most part assuming the form of a hair-raising clown named Pennywise (Bill Skarsgård), has a sense for what makes these kids frightened and, in a series of scenes involving each of the children, lures them into traps by projecting visions of those fears into their environment. The horror in these scenes is diluted by Muschietti‘s eagerness to reward his own hard work at establishing mood with jump scares. These scenes also exemplify a critical flaw in the film, which is the haphazard lore. If you were a child, would you be drawn to things that scared you?

That’s logic, but the real issue is lore. There are no rules to the horror in It. If there are, they bend depending on what the outcome for the characters involved needs to be. Pennywise is successful in his murderous enthusiasm in some instances when in others he is not, with few discernible difference between each scenario. When the capacity of a primary antagonist is uncertain, there isn’t a substantial foundation for fear of it. Think about the alien in Ridley Scott’s Alien. The only reason a crew member aboard the Nostromo survived an encounter with it was through luck or ingenuity, not because the alien simply didn’t kill them or because they ran to the next room.

Clowns are a curiously common source of despair. The circus clown emerged in the nineteenth century, although forms of the occupation have been around for thousands of years. The concept of a creepy clown really began to gain momentum after the capture of serial killer John Wayne Gacy, who appeared at children’s birthday parties as “Pogo the Clown. King published “It” in 1986. Some psychologists believe that clowns inspire dread in people because their make-up and disguises hide their feelings and motives. Their connection with children doesn’t help their cause. 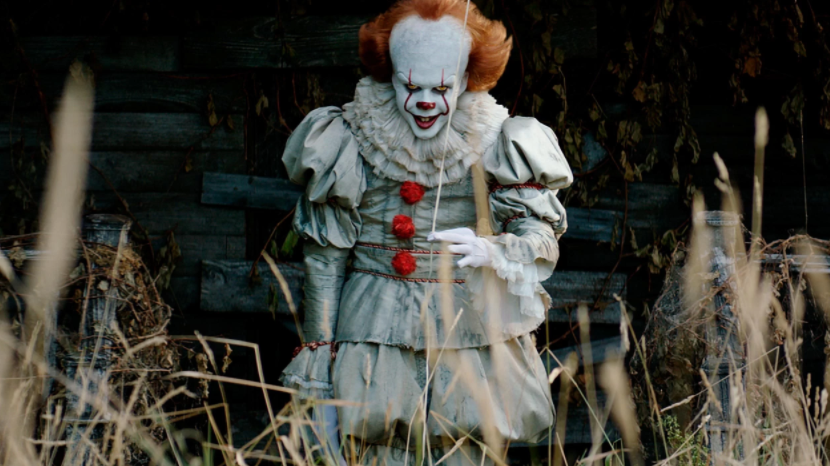 But Pennywise isn’t the only threat in It. King’s novel explicitly states that adults are the real monsters of his story. Muschietti sensibly adheres to that notion. Without Pennywise, the film is still a horror, about one of the most pervasively horrific experiences of all – adolescence. It is brimming with some of King’s favourite themes, but the most overwhelming is the inherent evil in the strong victimising the weak. Adults push the children they ought to be protecting toward danger, in all forms.  There’s the sense that the menace in the town of Derry extends far beyond the realm of Pennywise.

Where Muschietti succeeds is his gusto. The film relishes King’s story like someone with a torch under their chin at a sleepover or a camp fire. It also embraces all those things that make King’s work unmistakably King’s work. However you feel about the author’s work, King’s creative expression has left an indelible print on popular culture. But the story has been cut in half. King’s novel is over a thousand pages long, spanning two distinct time periods. Muschietti’s film focuses on the first, and can’t avoid its own incompleteness. Hollywood is not in the business of taking risks on four-hour long high-budget horror. But wouldn’t it be great if it was?