“…a fantasy film for the disillusioned.” 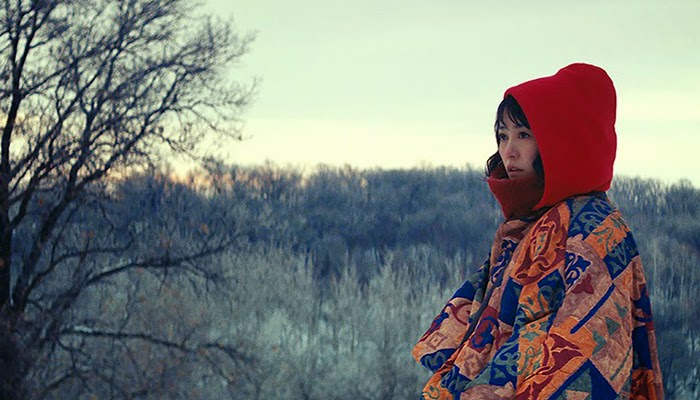 Kumiko, The Treasure Hunter is a portrait of loneliness and delusion, inspired by the mythic tale of Takako Konishi, a Japanese woman who reportedly travelled to Minnesota trying to locate the money buried in the Coen brothers’ classic, Fargo. The real story of Takako Konishi is far more solemn than her legend implies, trivialized by the misconception of police officers she encountered and perpetuated by the media. Kumiko, The Treasure Hunter instead tells the story that many wanted to believe, the result being a cinematic fable that offers a unique viewing experience. It is not pretentious, nor does it mock the idea of believing Fargo to be true. Written by brothers David and Nathan Zellner and directed by David, Kumiko, The Treasure Hunter is a courageous story that contrasts the restraint and delicacy with which it is told.

Rinko Kikuchi (Babel, Pacific Rim) falls seamlessly into the role of Kumiko, a woman in her late 20s caught in the monotonous rut of life. She is detached from the likeness of her younger colleagues, each of whom fit the mould of how society thinks women should be. Kumiko does not care to be like them. Instead, she spends her evenings in the company of her pet rabbit Bunzo, sharing with it her homemade specialty of two-minute noodles, while defending herself against her mother who uses the telephone as a weapon to nitpick every detail of her life – in particular, her status as a single 29-year-old. Much of the film is spent illustrating Kumiko’s aversion to the realities of life, and as a testament to her fine acting abilities, Kikuchi manages to tell the story of her character’s detachment through her controlled and subtle facial expressions. 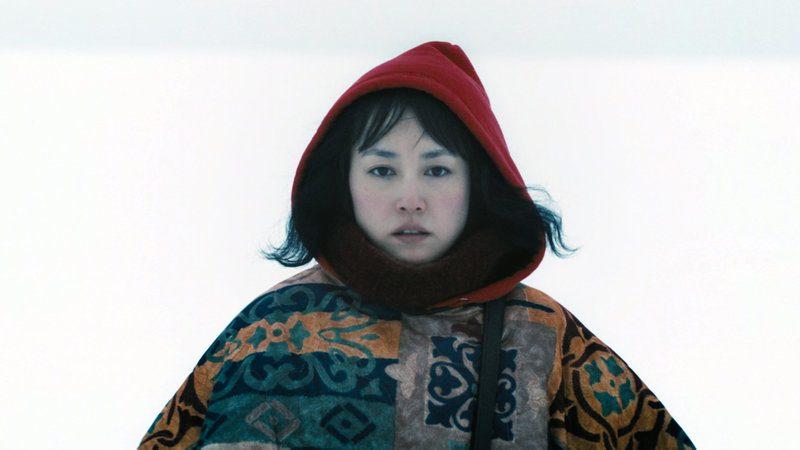 Despite her seemingly disenchanted life, Kumiko embarks on the adventures that exist inside her mind, with the illusion that events depicted in Fargo are real – that somewhere in the vast Midwestern landscape, a fortune is buried beneath the snow, patiently awaiting for her arrival. Kumiko studies Fargo intently, including its title text that stretches the truth when it states it is based on a true story, mapping out the exact location she believes the money is buried and conceiving an elaborate plan to retrieve it. Like the film on which her treasure hunt is based, Kumiko shares with us comedic moments in her interactions with strangers (including performances by David and Nathan Zellner) as she undertakes her mission to find the money. Kumiko takes on the harsh Minnesotan winter and idiosyncratic Midwesterners, equipped only with a hotel room quilt, a hand-embroidered map, and her own fierce naivety.

David Zellner in his standout supporting role as a similarly naïve yet kind-natured police officer would not be out of place amongst characters in Fargo – the original or the televised rendition – or indeed the Midwest itself. There is something about the charm of Midwesterners that translates well to the screen, capturing the sweet innocence of those that have lived their lives within the confines of their hometown.

The police officer takes Kumiko to a Chinese restaurant in seek of a Japanese translator, not aware of the differences between the two languages. This makes for a fine comedic moment, heightened by the knowledge that this is indeed how police officers attempted to translate the real Takako Konishi. Kumiko, The Treasure Hunter has a dreamlike quality to it, enhanced by the stunning cinematography by Sean Porter and the hypnotic score by The Octopus Project. It is a brave and beautiful film that does not play out like an exhausted urban legend, but a fantasy film for the disillusioned.