"Last Christmas is a stocking stuffed with a bunch of different cinematic elements, with the hopeful makings of a new holiday classic when grabbed and blended together. "

" Thompson doubles as co-screenwriter, meaning that most of the bad clichés are hers, and that her exaggerated accent is not her only regrettable contribution to the film."

Last Christmas is a stocking stuffed with a bunch of different cinematic elements, with the hopeful makings of a new holiday classic when grabbed and blended together. There’s definitely a bit of Love Actually in there, as both films are set in England and examine the love lives of multiple characters. Grab deeper and you’ll get a little Mamma Mia!, or some other jukebox musical – the characters don’t sing, but the movie is scored exclusively with George Michael songs, the title song being one. Scrounge around a bit more and you’ll find a bit of the high concept supernatural in there as well, though how that factors in comes late enough in the movie that it should be the last thing removed from the stocking’s toe, and therefore not discussed in any detail in a review.

The man doing the grabbing is Paul Feig, the director responsible for such female-driven comedies as Bridesmaids, The Heat, Ghostbusters and A Simple Favour. Last Christmas is not the next place he should want to find himself on his personal career trajectory. Given the actual low success rate of new Christmas movies, it tends to be the type of task that falls to competent purveyors of middlebrow entertainment, maybe someone like Garry Marshall – who made movies about every other holiday, if never actually Christmas. It shouldn’t be the next big project for someone with a certain amount of heat, so to speak, in his career. And yet Feig finds himself in the position of having to assemble and foist on us any number of tired romantic comedy and Christmas movie clichés, presumably looking at himself in the mirror as little as possible. 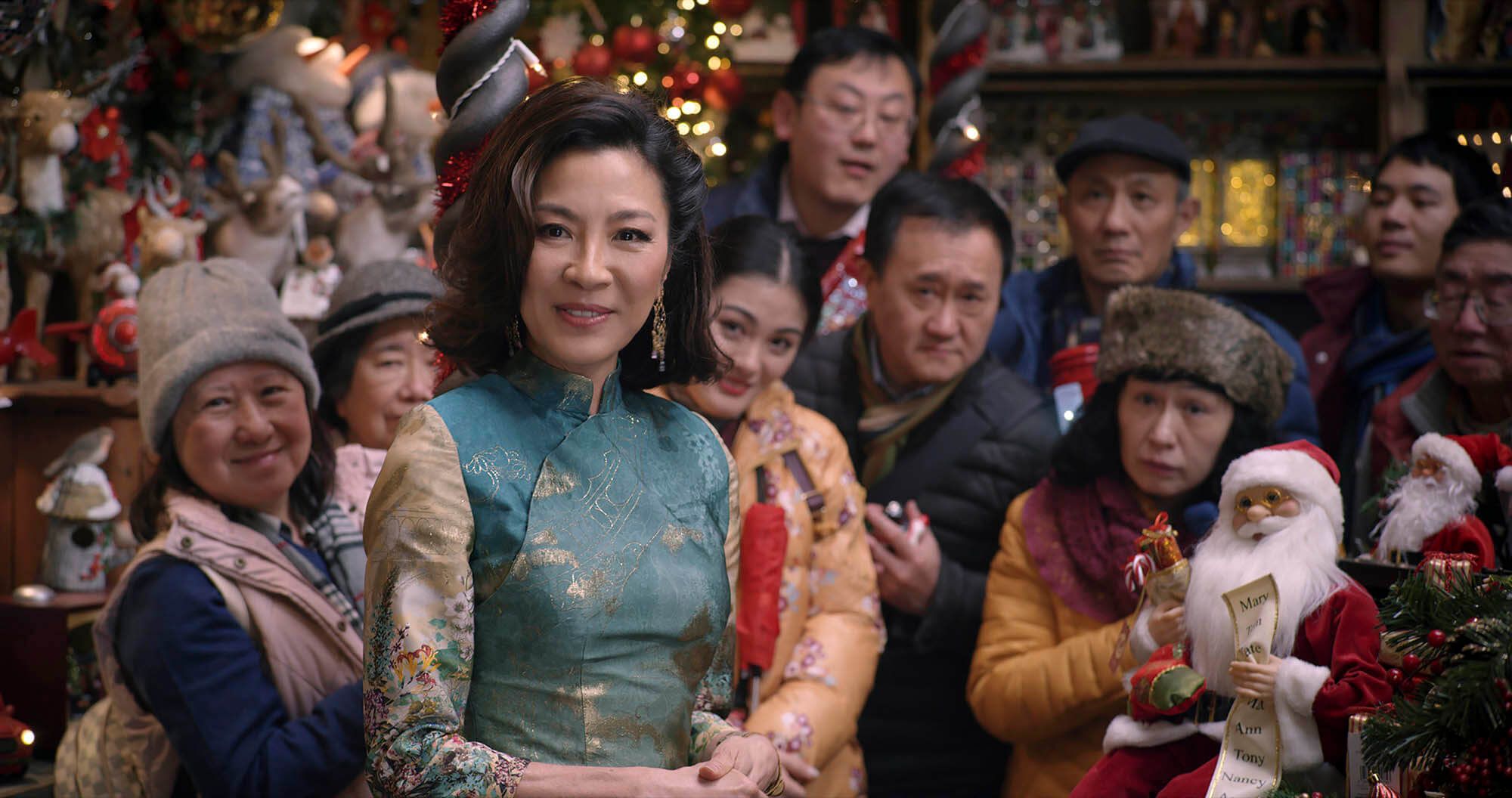 Last Christmas starts with the right building blocks of two likeable stars. Emilia Clarke, late of Game of Thrones, has exactly the kind of cuteness and charisma to excel as a romantic comedy star for years to come, if romantic comedies were still a viable genre. Her co-star is Henry Golding, who worked with Feig on A Simple Favour, but is better known as the romantic lead in Crazy Rich Asians, a role in which he charmed the pants off us. Here he functions as a bit of a manic pixie dream guy to Clarke’s Kate, a party girl who can’t keep her professional and romantic lives in order, much to the shame of her Slavic immigrant parents, played by Emma Thompson and Boris Isakovic. Thompson doubles as co-screenwriter, meaning that most of the bad clichés are hers, and that her exaggerated accent is not her only regrettable contribution to the film.

As if trying to heap on the reminders of the last really successful romantic comedy to take cinemas by storm, Michelle Yeoh is also on hand from Crazy Rich Asians, playing Kate’s boss at a store so strangled with tacky Christmas tchotchkes that you can’t move without tripping over a hippopotamus dressed like Santa Claus. You don’t really buy that this is what Yeoh’s character would be doing with her life, but it’s hardly the only thing in the movie you don’t buy. The movie is meant to be critical of the crass commercialisation of Christmas represented by her store, which makes Kate wear an elf costume, but Last Christmas itself would be perfectly at home on one of its shelves.

There’s not a huge amount to like in Last Christmas, and yet it’s so eager to please that it does, on occasion, do just that. Clarke has a history of elevating sub-par romantic comedy material, as she leant a similar liveliness to the disease-romance-of-the-week movie Me Before You a couple years back. She’s the type of performer who can show up on set and make everyone smile with her contagious gusto, and some of that undoubtedly transfers to the film’s audience. Thompson is trying similarly hard, and is a similarly likeable performer, uncharitable accent and all.

Still, there’s way too much going on in this movie. There’s the fact that Kate aspires to be a singer, which is what she did in the former Yugoslavia before her family emigrated. The elements of the story relating to her family are trying to say something about Brexit, though the film is hardly sure what. Kate’s sister is a lesbian, a fact she is hiding from her family, and Kate’s boss is in love with a mystery man who comes into her store and engages in mutual staring and stammering contests with her. Then there’s the homeless shelter Kate works with as she is trying to grow a better soul. Finally you have Golding’s character, who is his own mystery element that seems to permeate through the whole thing.

Oh and let’s not forget about George Michael. It kind of seems like someone came up with a good title for a movie (even though it’s been used several times before) and then reverse-engineered a George Michael connection. The songs in his and Wham!’s catalogue actually score the action reasonably well, though a couple deep cuts draw attention to the strain necessary to see the concept through to the end.

The real question, as with most of what happens in Last Christmas, is why? After a couple tumultuous trips through the tabloids, Michael emerged again as a beloved cultural icon before he died in 2016. But the use of his music in Last Christmas feels as much like calculated opportunism as a genuine tribute. Last Christmas is an opportunistic enterprise from top to bottom, and it isn’t a fitting project for Michael – or any of the other talents involved, for that matter.