"In Soderbergh’s own body of work, The Laundromat most closely resembles something like Contagion..."

"The film’s best strength may be Streep, whose career has been defined by her brilliant transitions to playing roles suited to the next phase of her own life."

There have always been two Steven Soderberghs, the one who makes crowd pleasers with large casts, and the one who makes independent films that challenge storytelling norms, often by using new technology. We’ve had examples of the former Sodebergh (Logan Lucky) and the latter Sodebergh (Unsane) since he returned from his comically short retirement, but 2019 has kind of brought us both Soderberghs in the now two films he’s released this year.

High Flying Bird distracted with its many ostentatious iPhone camera setups as it told an inscrutable story about a basketball lockout, but also used a star-studded cast. Gone is the iPhone for his newest film, The Laundromat, though it can’t really be described as a crowd pleaser despite its superlative cast and more straightforward style of filmmaking. Perhaps that’s because it’s hard to please any crowd when you’re delving into the type of financial chicanery that protects rich people from paying taxes while poor people suffer. 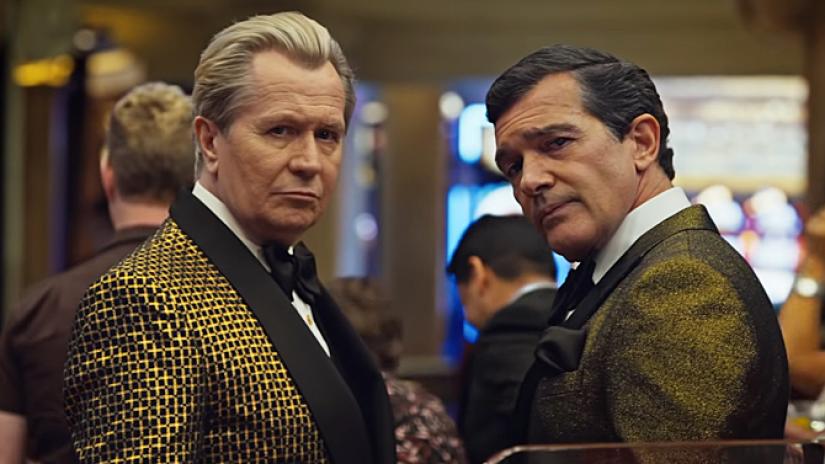 So in scope, The Laundromat is similar to another film that did please audiences while tackling rage-inducing financial matters, Adam McKay’s The Big Short. Soderbergh is playful in the same way McKay was in that film, as this story is narrated by its two biggest villains, played by Gary Oldman and Antonio Banderas. They are the real-world crooks Jurgen Mossack and Ramon Fonseca, who head a law firm that specialises in protecting the assets of rich people through offshore shell companies. (And who tried to stop this movie from premiering on Netflix on the grounds of it functioning as character assassination.) Although they appear in scenes in the narrative, they are also frequently seen strolling through supermarkets, underworld pleasure establishments or even the scant landscapes inhabited by prehistoric man, all the while explaining the financial principles their characters manipulate for their own gain.

Their victims are personified by Meryl Streep in one of her tastiest performances of the past few years. Streep plays Ellen Martin, a senior citizen who loses her husband in a tour boat mishap on a normally placid lake. She’s expecting a big settlement from the insurance company that will help cure her misery over her husband – in fact, will help her purchase a Las Vegas apartment that looks out over the spot where she and her husband met. Turns out, though, that the insurance was sold and re-sold and eventually invalidated through a series of shady financial transactions that lead back to Mossack and Fonseca, which she determines to uncover if it’s the death of her.

In Soderbergh’s own body of work, The Laundromat most closely resembles something like Contagion, though with a lot more lightness and sense of humour. (That movie was about a virus outbreak, so we would not expect it to be cheery.) Both films focus on a series of tangentially connected characters whose short story arcs illuminate the bigger picture. They may be in it for the whole narrative or they may drop out after their bit has contributed, but in each case they represent real cogs in a larger machine, whose roles range from the innocent to the absurd to the pernicious. Soderbergh has a real gift for the macro view and for focusing in on the granular details that comprise it.

The first half of this film proceeds on a great energy that’s part comic (the whimsical portrayals of Banderas and Oldman, the latter with a thick German accent) and part tragic (the maddening system whose details are both outlandish and entirely believable). This blending of tones is exquisite. As the film proceeds, its episodic structure – the sections are separated by chapter headings – starts to give it more the feeling of a collection of short films on the same subject. One such side story concerns a wealthy African man (Nonso Anozie) attempting to give a shell company to his daughter to buy her silence on one of his indiscretions. This material is also rich, but it diffuses some of Soderbergh’s earlier focus, which had been one of the movie’s greatest strengths. 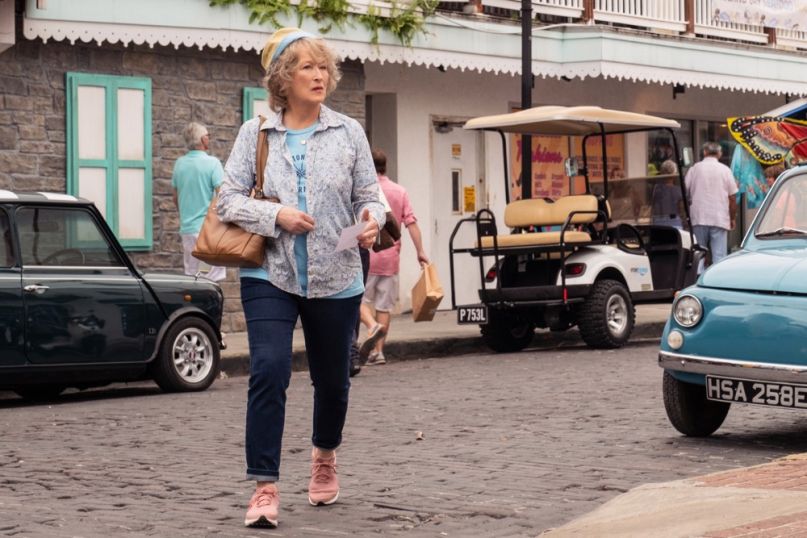 The film’s best strength may be Streep, whose career has been defined by her brilliant transitions to playing roles suited to the next phase of her own life. Now at age 70, she is playing one of her first roles where she’s starting to get a bit senile. Ellen tells vaguely bawdy stories to her grandchildren that kind of double back on themselves, as she searches for words sometimes. One thing she’s clear-eyed about, though, is that she has been swindled by a system that doesn’t make sense. The more she researches it, the crazier her conspiracy theories sound when she repeats them to others – even though she’s the sane one and and it’s the system that’s crazy. We should count ourselves lucky the longer we stay clear of this grinding machine, which writes off all its victims like they were elderly people searching for words.

The Laundromat finishes with a moment involving Streep that’s too priceless to spoil. But it’s a moment as politically strident as any Soderbergh has ever filmed. So maybe this is another version of Soderbergh we have yet to meet. He’s observed injustice in the past, but has kept himself at a distance. Now it seems like he’s joining the fight. At least for one movie, anyway.