The really good biopics offer as much factual integrity as possible and always leave us wanting more. Look at a film like Argo (2012); based on a true story, but so many liberties were taken and so much information neglected that the filmmakers may as well have just come up with a completely original idea. I want to come out of a film which is based on a true story knowing more about the subject, not doubting narrative authenticity. I’ll never understand why some films change history because the real deal wasn’t exciting enough. Truth is always more interesting than fiction. David Fincher’s Zodiac (2007) knew that. It’s one of the most criminally underrated films of the past decade.

Steven Spielberg’s Lincoln is a surprisingly well-handled depiction of the final four months of the 16th President of the United States’ life, as he guides the Cival War to a close and champions the approval of the 13th Amendment. I can’t claim to be an expert on Lincoln, but I feel as though the information presented here is for the most part genuine, and the film is more compelling because of it. Lincoln’s achievements were remarkable and there’s a distinct sense that we are watching history unfold. 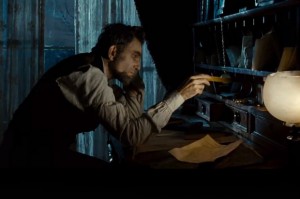 Spielberg has always had an natural understanding of the cinematic, but has characteristically fallen short when subtlety is a necessity. He’s not the ideal filmmaker to bring the ideas behind Lincoln’s complex work to life, but does an admirable job nonetheless and mostly manages to shy away from the sentimentality that has often plagued his films. There is a lot of information to take on board over the course of Lincoln‘s 150 minutes, and Spielberg presents it coherently. The importance of the the 13th Amendment, and its political relationship to the ending of the Civil War is made thankfully clear. There is the distinct impression of what is at stake.

As Lincoln himself, Daniel Day-Lewis is a phenomenal presence. He projects the immense charisma that Lincoln must have had effortlessly and helps us comprehend the man’s huge popularity. On a number of occasions, the room stops simply to listen to Lincoln relate an anecdote. In the hands of a lesser actor these scenes would quickly lose their charm, but Day-Lewis commands the audience’s attention with such conviction we’re compelled to follow suit. The real strength of Day-Lewis’ performance is the humanity of the man. Lincoln is not so much the icon he would become, but rather a considered, realistic man willing to engage in the unfortunate necessities of politics. 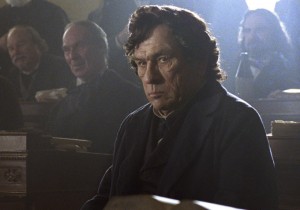 Spielberg has filled his film with one of the strongest supporting casts in recent memory, including David Strathairn as Secretary of State William Seward, Sally Field as Mary Todd Lincoln, Tommy Lee Jones as Radical Republican leader Thaddeus Stevens and James Spader as political operative W.N. Bilbo. Casting actors capable of holding the audience attention next to Day-Lewis was imperative, and the actors here do wonderful justice to Tony Kushner’s fantastic script. The film is made by its performances.

There are moments in which Spielberg overplays his hand, particularly towards the end, which leans towards unnecessary sentimentalisation. The power of the 13th Amendment as depicted during the body of the film is enough that we don’t need to it to be reiterated through secondary characters. It’s a minor complaint though, of an otherwise well-told story. 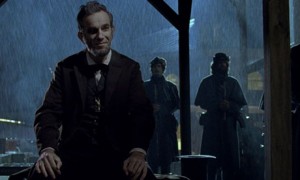 Lincoln was nothing less than a hero of human liberty, and certainly one of the most important figures in the history of American politics. The filmmakers were wise not to tackle the man’s entire life, one film could not do it justice. Lincoln is not perfect, but the subject matter is arresting and Day-Lewis’ powerful performance at the center of the film is worthy of it. Spielberg’s film is succesful not only because it fosters our interest in the man’s remarkable work, but because it inspires compassion towards a man who was an icon of compassion.