"It’s sort of like Four Weddings Without the Funeral."

"In truth, it’s the cast that saves this film from its scattershot script."

If one were to parse the grammatically garbled title Love Wedding Repeat, one would have to surmise that it’s meant as a riff on the title Live Die Repeat – which was not actually the proper title for the Tom Cruise movie Edge of Tomorrow a few years back, but rather, a tagline on the poster, and a rebranding of sorts when that hidden gem underperformed with its original title. In any case, the title suggests a romantic comedy variation on what was already a science fiction/action variation on Groundhog Day … itself a romantic comedy. 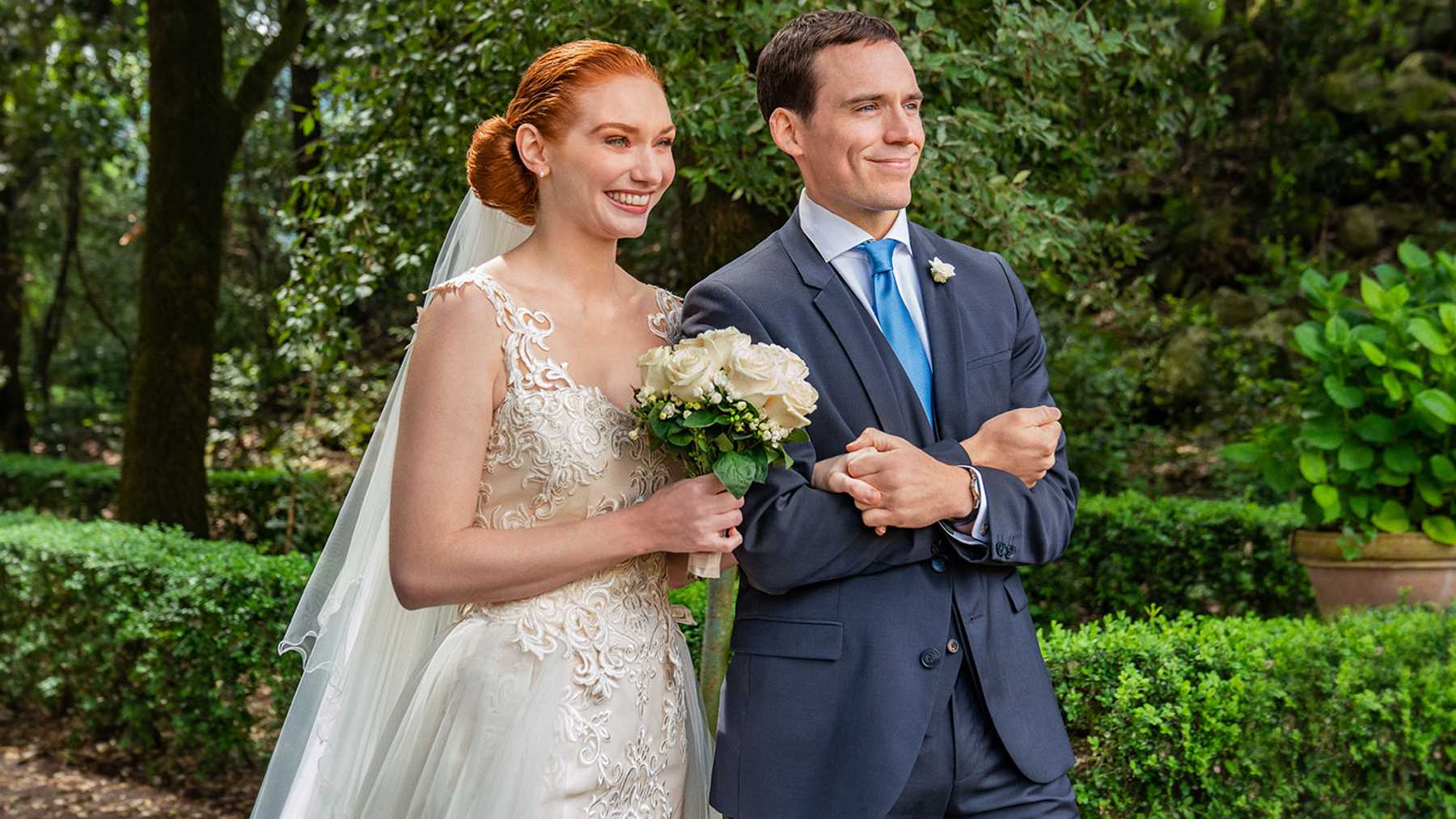 Dean Craig’s new Netflix comedy, an adaptation of the 2012 French film Plan de Table, delivers on that premise, but only sort of, and only in the most curiously half-assed way. It’s sort of like Four Weddings Without the Funeral, which is appropriate, as lead actor Sam Claflin’s closest personality match among British stars of the last three decades is Hugh Grant. Then again, the funeral missing from this film might properly be found in one of Craig’s earliest writing credits, the 2007 farce Death at a Funeral, and its 2010 American remake, also written by Craig.

Love Wedding Repeat, like its aforementioned brethren, is meant to be a light consideration on the vagaries of fate, how a single insignificant decision here or centimetre there might make all the difference in how something – in this case, love – unfolds. But the film shows a curious disinclination in seeing through its concept, refraining from playing out the events at an Italian wedding in a succession of iterations. And while that’s unsatisfying in terms of our expectations, it could actually be the film’s saving grace, rescuing it from a repetitive narrative structure that has been done elsewhere, and better.

Claflin plays a stammering Brit – don’t forget the Hugh Grant comparison – named Jack, who has a romantic near miss with an American journalist, Dina (Olivia Munn), a friend of his sister, while the two are in Rome. Three years later, that sister Hayley (Eleanor Tomlinson) is marrying her Italian fiancée (Tiziano Caputo), and Dina is on the guest list. But his second chance with Dina is not nearly his only concern of the day. He’s seated at the same table as his ex (Freida Pinto) and her boorish boyfriend (Allan Mustafa), plus he’s conscripted to intervene when a wedding crasher (Jack Farthing) comes to profess his love for the bride. Two amiable but goofy mates (Joel Fry and Aisling Bea) are more in the way than any real help.

Hayley’s idea how to stop her unrequited suitor, who is fuelled by a raft of cocaine, is a perilous one. She wants Jack to roofie his champagne flute to get him out of the way and stop him from making a mess of everything. But some mischievous children at the wedding unwittingly have other plans, shuffling the place settings after Jack has already planted the sedative. 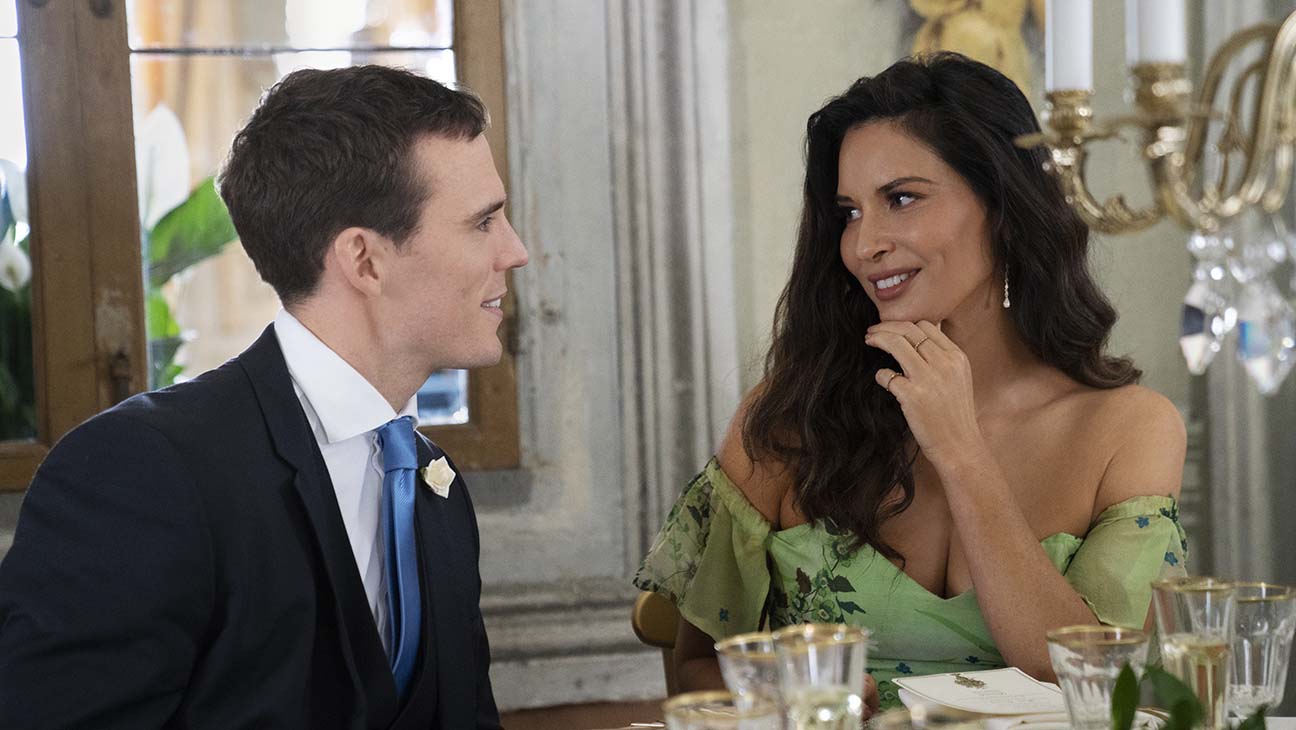 For a film with mostly Italian financing, Love Wedding Repeat is significantly short on Italians. Only Caputo as the groom has any significant amount of dialogue, and by “significant” that would be maybe a dozen lines. However, that may not be such a bad choice when such a capable ensemble of English-speaking comic actors has been assembled. Fry and Bea are probably the film’s MVPs, actually, stealing the show the way a side character like Kristin Scott Thomas did in Four Weddings and a Funeral.

In truth, it’s the cast that saves this film from its scattershot script. A “cosmic” opening, featuring some generic CGI of outer space, and some disembodied narration about fate prepare us for a film that’s high concept from the start. But Love Wedding Repeat doesn’t bring out its gimmicks until nearly an hour in, at which point we’ve almost forgotten we were expecting them. For a while this is just an ordinary, if charmingly acted, romantic comedy of wedding day hijinks. 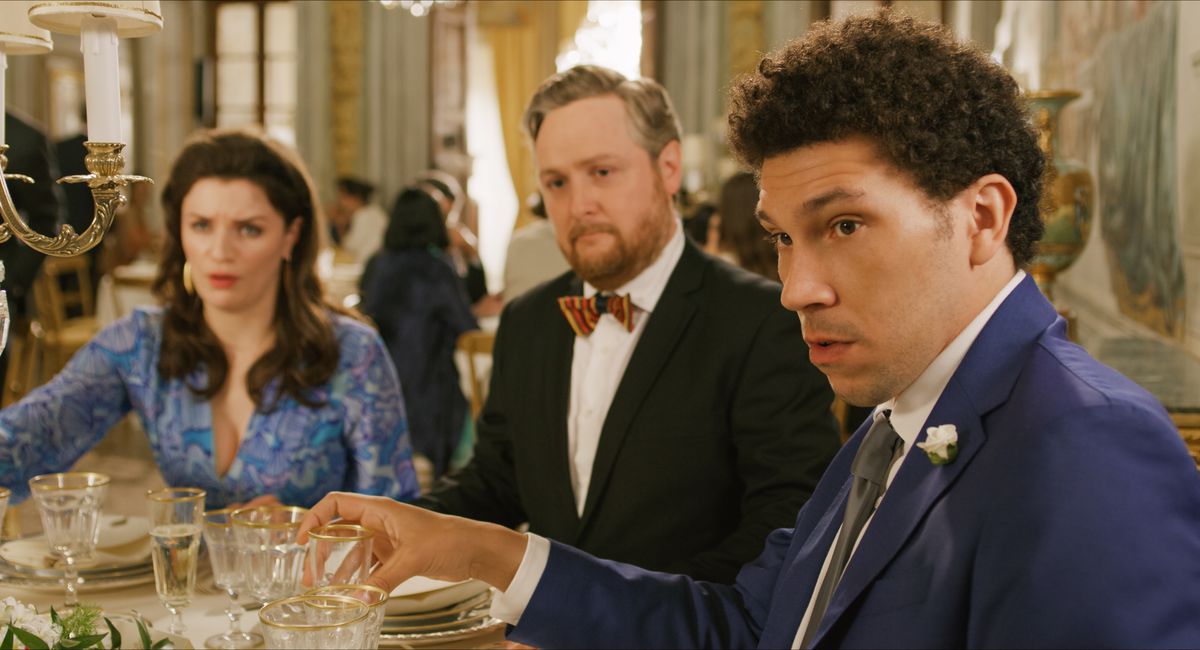 That it only ever becomes scarcely more than that is not, in the end, a fatal flaw. What we have here does work, but it’s almost as though it stumbled into something halfway decent only by failing to execute the original idea. For that we can both blame Craig, as the film’s writer, and credit Craig, as the director who wrung a series of winning performances from his cast. The haphazard introduction of the main players coalesces into something more unified and satisfying as the film moves along, until we feel like we’ve been through an adventure with them.

In the end there’s nothing particularly memorable about where this film goes, or how it gets there. As a disposable entrant in this genre, though, it comes off better than it probably should. And far better than either version of Craig’s Death at a Funeral, which oozes mean spirit where this film has a fair bit of heart. 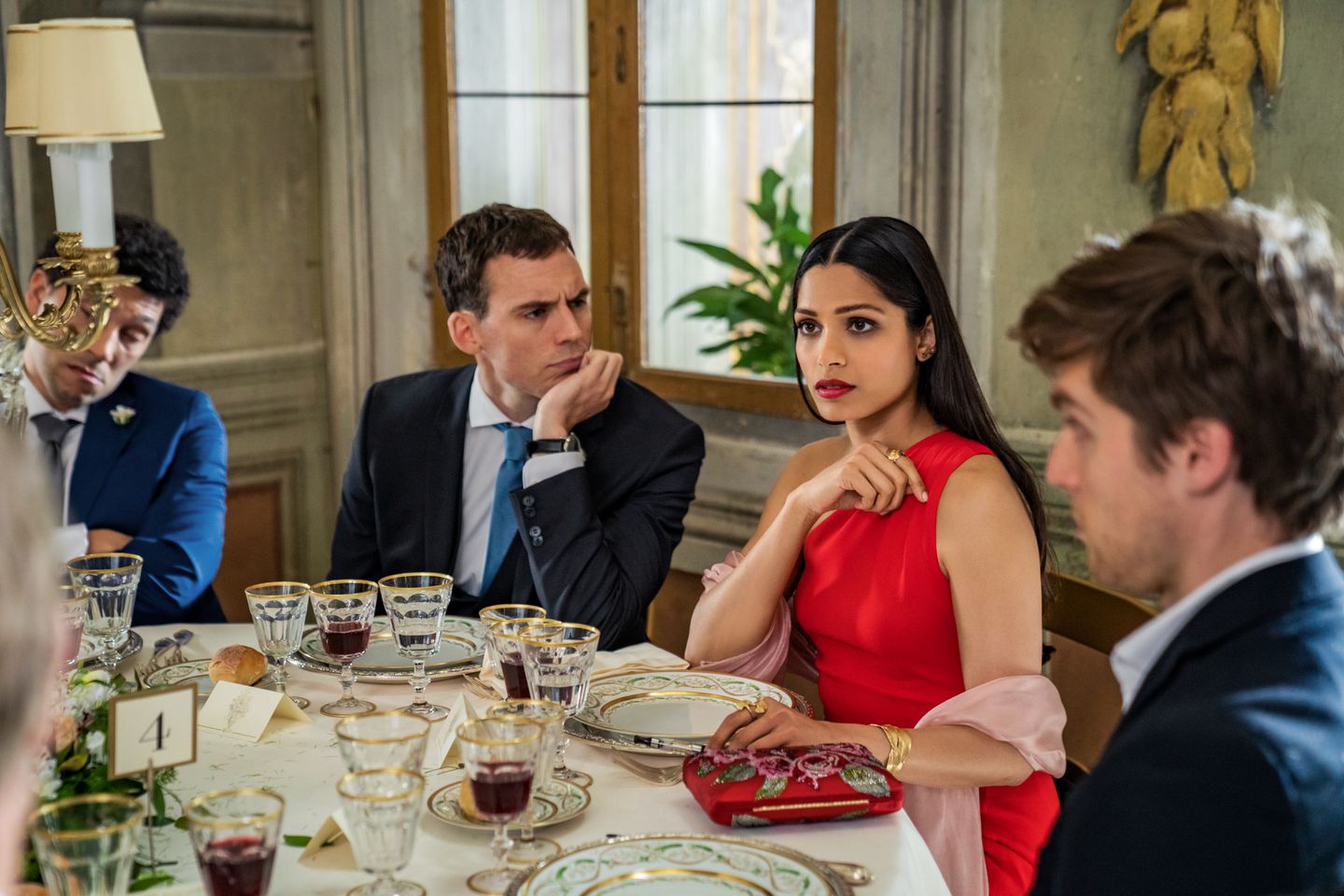 It may not have Tom Cruise getting killed a hundred times, or the romantic comedy equivalent, but watching a wedding guest spill or not spill a glass of champagne a dozen times, and seeing how that changes the trajectory of things, would also be limiting and frustrating in its own way. Love Wedding Repeat gets by on being its own thing – even, paradoxically, when it feels most indebted to the cinematic traditions that inspired it.