"It’s a measure of how far Adam Driver has risen in just a few short years that he can make almost anything watchable."

"Gilliam’s idea of what to do with this material is not a bad one, though there’s a measure of self-involvement to it."

It’s a measure of how far Adam Driver has risen in just a few short years that he can make almost anything watchable. Even a mess like The Man Who Killed Don Quixote, Terry Gilliam’s much-ballyhooed and much-delayed realisation of his quarter-century-old desire to make a movie about Miguel de Cervantes’ epic delusional hero. In fact, the frustration of Gilliam’s attempts was fodder for a really interesting doco in 2002’s Lost in La Mancha, which details his stillborn shoot back at a time when the film starred Johnny Depp.

Let’s hope Driver is not some kind of heir apparent to Depp in other respects, lest he become a caricature of himself and wear out his welcome. For now, he’s the lifeblood of a film that tries to re-tell certain elements of the famous Cervantes story with a modern-day character plunked in the middle. Even with him, though, it’s still no better than most of the movies Gilliam has been disappointing us with for the last two decades now. 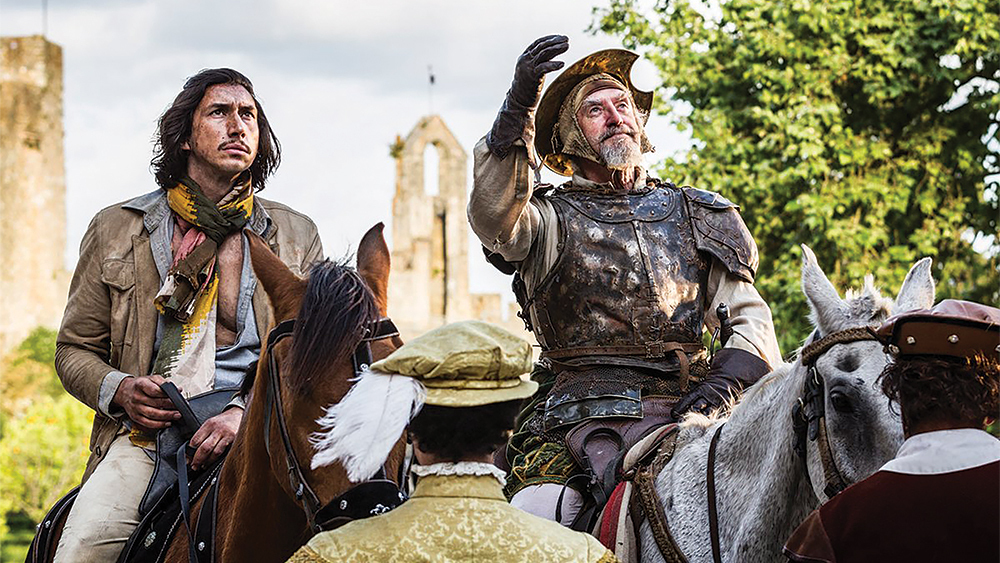 Driver plays Toby, a character who, when the material was first hatched, was envisioned as a present-day marketing executive who slips out of time. Now Toby is a big-time advertising director on location in Spain, filming a commerical that features Don Quixote and Sancho Panza as characters, not far from where he shot a student film version of Cervantes’ novel ten years earlier. That was the project he showed people when first starting out in the industry.

While generally being a dickhead to the people on set and trying to sleep with his boss’ wife, Toby sees a copy of his short film being peddled by a man selling bootlegged videos. That sets him on a trip down memory lane to find the stars of his original film, both the teenage girl who entranced him as the female lead (Joana Ribeiro) and the old shoemaker he cast to play Quixote (Jonathan Pryce). Turns out, their brush with “stardom” really messed with their heads. She ended up an escort when she struck out as an actress, and he came to think he was actually Don Quixote.

Gilliam’s idea of what to do with this material is not a bad one, though there’s a measure of self-involvement to it. Toby may not be a direct corrollary for Gilliam himself – in fact, if anyone, he’s a stand-in for Gilliam’s co-writer, Tony Grisoni, who has given the character his own last name. Any time someone makes a movie about a director plagued by ennui and lost in his own memories, though, it can’t help but seem a bit self-indulgent, not to mention an homage to Fellini’s 8 ½.

That’s actually the good part of the movie. Driver relishes the opportunity to play a conceited jerk, to parade around in the affected attire of a douchebag who has lost all sense of empathy. We’ve seen portrayals of creative types who bark orders and make others feel like shit, but we haven’t seen Driver do it, and he’s particularly good at it. As he seeks out the cast of his short film, the movie slips seamlessly into flashback. We see the younger, kinder and more naïve version of himself just starting out, when the work was more important to him than the perks of success. 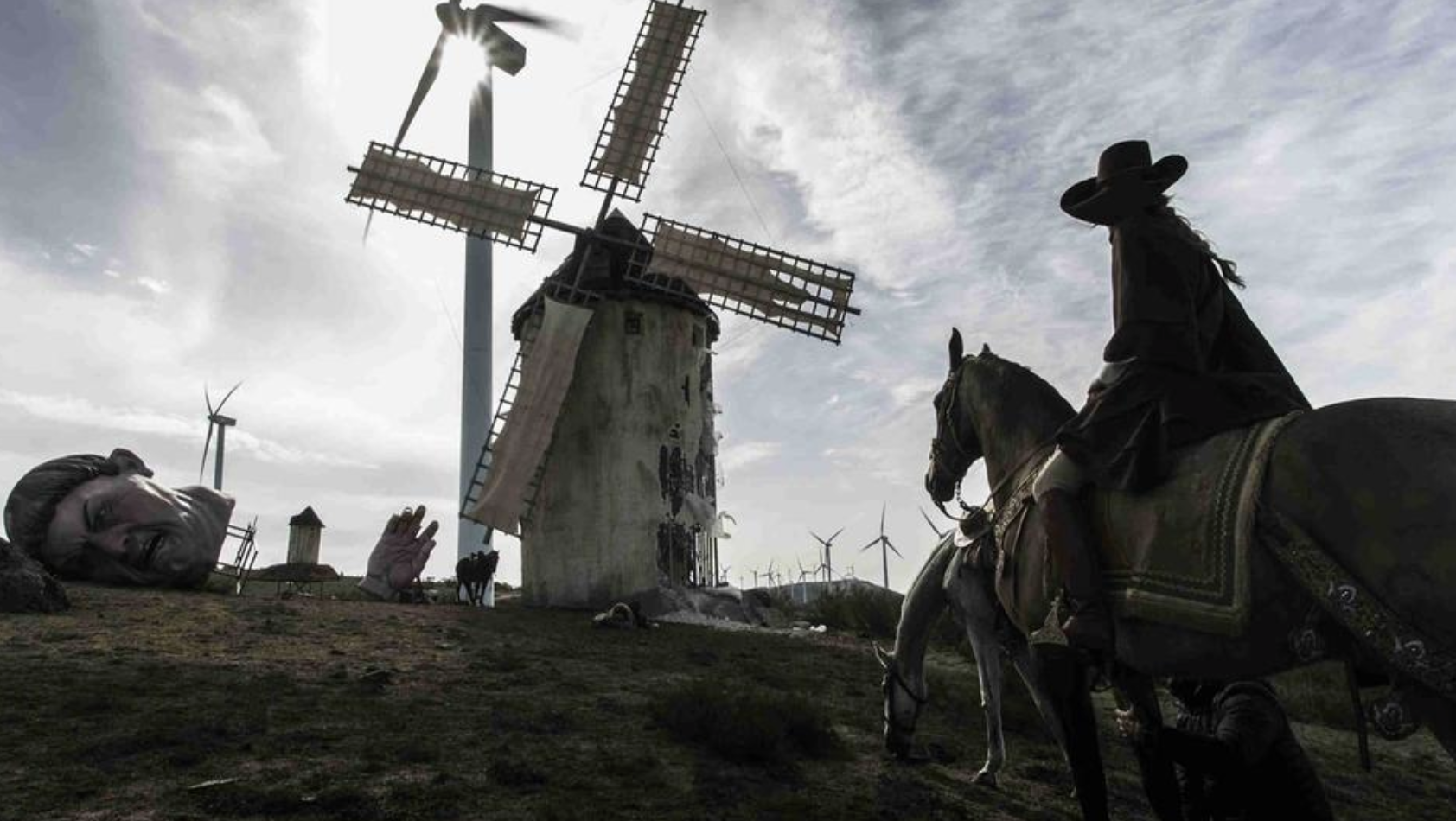 As Toby pairs up with the old shoemaker, who wears the 17th century outfits of Quixote and mistakes Toby for Sancho Panza, the film becomes a lot more recognisable as typical Gilliam fare. “Typical Gilliam fare” was once a compliment, but it has ceased to be so in the 21st century. That lurching quality to the movement and characters has started to wear a bit thin, even though the director only makes a film about every five years. There’s always someone yelling something crazy in a Terry Gilliam film, and that’s no longer a good thing.

Quixote is a perfect Gilliam character, as Gilliam’s characters have been known for questioning their own sanity and wondering if the walls were closing in. But Pryce, who is giving his all, does not have more than that caricature to work with. Since we never see beyond the mask of his own self-delusion, we can’t feel the empathy we are supposed to feel for a man who has lost his moorings in the midst of his senility. The film doesn’t laugh at him, but he has no greater emotional weight than if he were, indeed, a mere figure of fun. 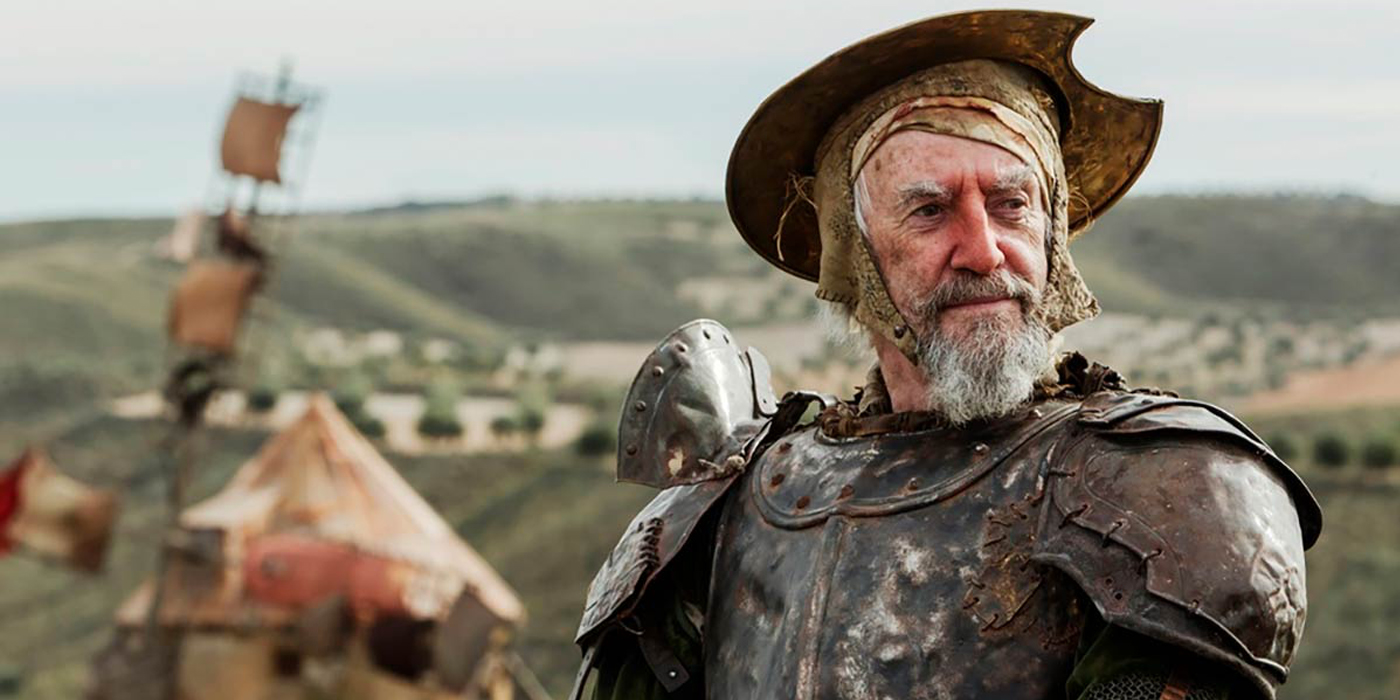 As The Man Who Killed Don Quixote approaches its climax, it goes further off the rails, blending reality and surrealism in a way that was surely Gilliam’s intention. In fact, the not fully making sense nor achieving a satisfying denoument was probably also within the realm of his intentions, as Gilliam has never cared about adhering to conventions. But there’s tweaking conventions and then there’s being unaccountable to your audience. After more than 25 years trying, Gilliam probably made the Don Quixote movie he wanted to make, but it may not be the Don Quixote movie we wanted him to make.