"In this day and age, “rebooting” the story of Jesus Christ is not far removed in concept from rebooting Batman or Sherlock Holmes."

"The film’s claim to originality ends up being a bit empty..."

The reasons to keep making new movies about the life of Jesus Christ seem to be twofold: 1) To pursue ever greater realism in recreating the period with historical accuracy, and 2) To try more perfectly to distil the essence and meaning of his beliefs and teachings. I guess there’s a third, more cynical “fold” you could throw in there: To return to the same ideas because the creative well has run dry. In this day and age, “rebooting” the story of Jesus Christ is not far removed in concept from rebooting Batman or Sherlock Holmes.

Mary Magdalene, the new film from Lion director and Australian Garth Davis, is trying to do all three of these things. Then again, so did Mel Gibson’s The Passion of the Christ. Given the result, one wonders if a more abstract rendering of the story – say, Jesus Christ Superstar or The Last Temptation of Christ – wouldn’t get the themes and ideas across better. 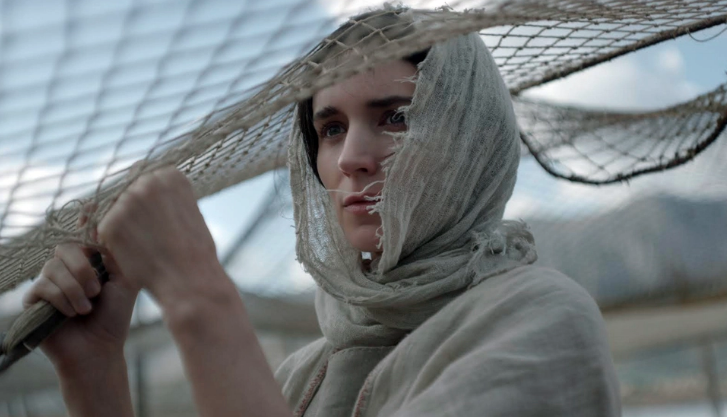 Mary Magdalene does stake a claim to something we haven’t seen before, at least in the most prominent cinematic depictions of the Christ story. It’s supposed to be told from the perspective of its title character, the one woman who was among Christ’s most trusted advisors, and in recent years has been retroactively elevated by the church to have equivalent stature to the other disciples. A title card after the film tells us that Mary has long been thought of as a prostitute, the result of what some 6th century pope said about her, but that this is not so. Saying definitively what was or was not so that long ago is a bit problematic, but okay.

The film’s claim to originality ends up being a bit empty, though – as empty as the empty vessel that is Mary. Rooney Mara, who worked with Davis on Lion, excels at playing empty vessels, which unfortunately is not a compliment. Although she’s a very talented actress, she’s started getting typecast for playing characters who are moony and ethereal, and that describes this Mary to a T. We see her at the start, calming a woman in labour so she can deliver her baby without danger to the mother or child. Mara uses her piercing, otherworldly eyes to fairly hypnotise this woman, and it works.

But Mary is also troubled. She goes to the temple to pray outside of the proscribed times, and seems to be speaking to herself in an agitated state. This earns her the label of being possessed by demons, which the film would have us believe ultimately gave her the reputation of having loose morals. In any case, it causes her to leave the family she has shamed, and catch on with this Jesus bloke, who is saying all the right things about the kingdom of heaven on Earth, and has a bunch of other blokes following him around believing everything he says.

If this story is supposed to be from Mary’s perspective, it quickly loses that. The first 20 minutes are hers, but after that, we just start following all the usual narrative beats of the Christ story. Sure, the camera goes to her more often than to any of the others, but it’s just so she can look on with that state of vapid entrancement that functions as character development. It’s unclear what she provides to Christ that he doesn’t get from anyone else, though the film isn’t daring enough to posit a romantic interest either. There isn’t a service she performs for him that’s the equivalent of her calming the pregnant woman. 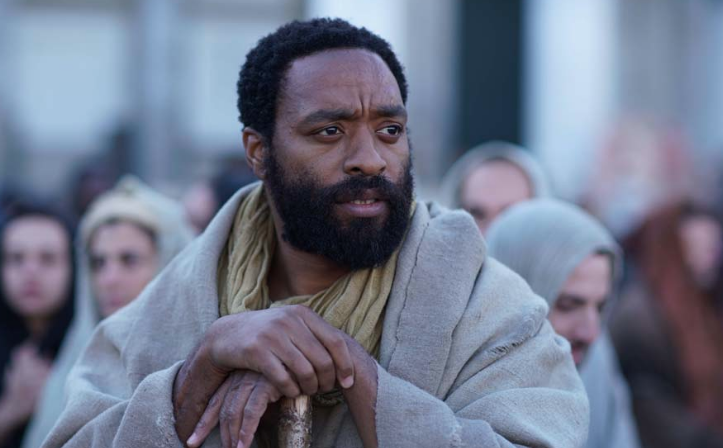 At 43, Joaquin Phoenix may be one of the oldest actors to play Christ, as there is grey in his beard, which could be thematic. He brings a slightly demented quality to the character, and never fully connects with us. As Davis’ perspective on his subject is never really clear, it’s hard to tell if our disconnect from Christ is to a purpose, or whether Phoenix was just a bit too unruly for him and got away from him. Phoenix produces some warm smiles, but he has a bit of the look of cult leader in his eyes. That would be fine if it were more clearly what Davis intended.

Tahar Rahim makes the most positive impression among the cast. His Judas is supposed to be a bit touched and demented, a true believer who dobbed Christ in because he was trying to draw out his greatness and godliness and force Christ into action. Rahim really conveys that. More time on his struggle would have been satisfying. 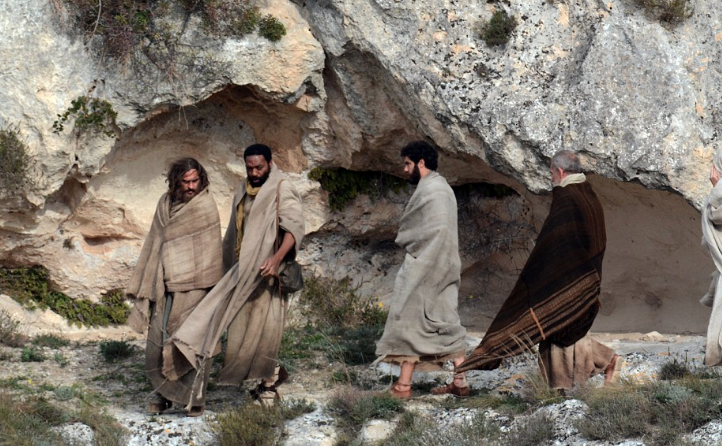 How time is doled out overall is problematic. In keep with his stated perspective, Davis limits the action on screen to the scenes where Mary was present. That tends to front load the story toward Christ’s curing of the blind and raising of the dead, while leaving on the cutting room floor parts of the story that have more dramatic heft in the overall thrust of his story, like his trial and the related machinations. That would be okay if it didn’t feel so abrupt. We essentially go straight from Christ’s capture to his crucifixion, which just seems odd.

Mary Magdalene is a failure not because it fails in any one element of its execution, but because it fails to justify its existence. You get the impression Davis’ elevator pitch for the movie might have just been “Rooney Mara plays Mary Magdalene,” on the theory it would be easy for a hypothetical money lender to imagine Mara’s particular skill set translating to this character. If this really was the only inspiration behind the movie, that explains why it feels so shallow.