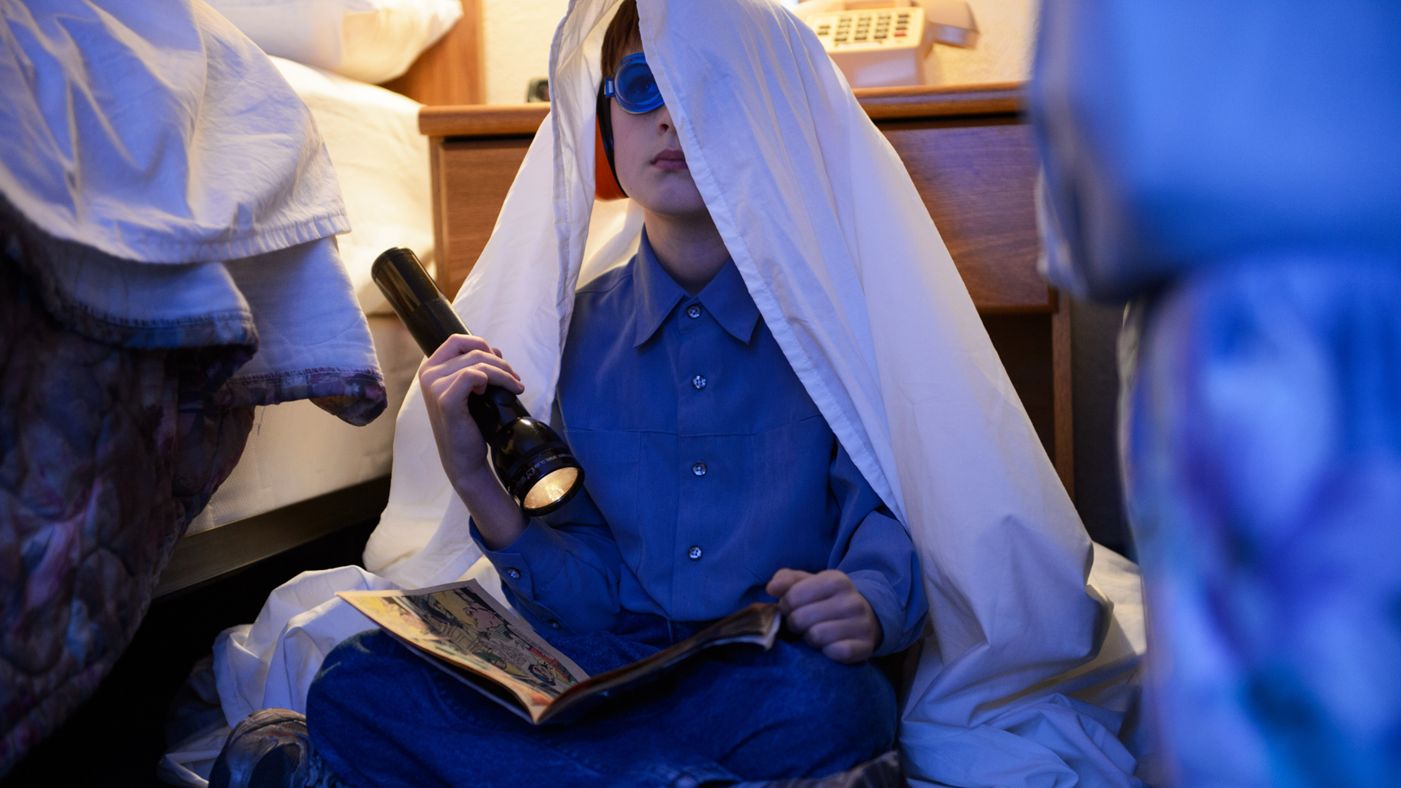 There have been a lot of movies made about little kids who have special powers. What made it seem like Midnight Special might be different was Jeff Nichols. The acclaimed indie director has started his career with three critical darlings in Shotgun Stories, Take Shelter and Mud, announcing himself as an artist with a distinctive voice, free from the meddling of corporate interests. Warner Brothers are the meddlers in this case, but Midnight Special promised to be Nichols’ own as well, as he is credited as its writer as well as its director. Audiences were keen to see what someone with established indie credentials would do with a sci-fi genre picture, hoping he could elevate what tends to be risky material, rather than the risky material bringing him down to its level.

Well, it’s not all that different. In fact, Midnight Special resembles so many classic – and not-so-classic – films in the science fiction genre that it’s justifiably classifiable as a hodgepodge. On the (mostly) positive side, it’s got little sprinklings of Steven Spielberg at every turn. On the less positive side, there’s a whole element of it that resembles last year’s flop Tomorrowland – in fact, so much so that one wonders if the lengthy delay in its release (it was being buzzed about as long ago as 2014) had something to do with steering clear of the potential similarities to Brad Bird’s film. And when you’re comparing your film to Tomorrowland, it can never be a good thing.

That’s not to say Midnight Special is bad, either. In fact, it lays the groundwork for its story with great confidence, giving the kind of setup that might leave fans of The X-Files licking their chops. We meet Alton Meyer (Jaeden Lieberher) when his biological father, Roy (Michael Shannon), has essentially kidnapped him from his home among a cult known as “the ranch,” led by his adoptive father, a charismatic preacher (Sam Shepard). Aided by a childhood friend (Joel Edgerton), Roy goes on the run with his picture plastered all over the news, even shutting off the headlights and driving with infrared goggles to avoid detection. It seems that ominous pursuers from the ranch are not the only ones who want to get their hands on Alton, as Alton appears to know encrypted classified secrets that have only been transmitted via government satellites – information that has spilled out of him while speaking in tongues, and made its way into the preacher’s sermons. Alton wears goggles even at night to protect his eyes from light, and once you see what he can do with those eyes – which makes the very buildings around him shake – you’ll know why. They’re trying to get Alton to some particular coordinates by this coming Friday, when something of great cosmic significance is supposed to occur. 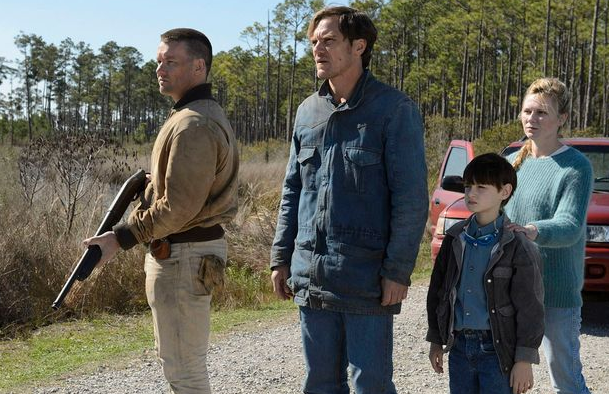 All of this is very portentous, and Nichols parcels out nuggets of new information in satisfying dribs and drabs throughout the first 45 minutes. Unfortunately, as must happen in stories like this, eventually we learn what’s really going on, and this is where Nichols starts to stumble. It’s also where he loses his grip on the sense of realism that underpins his other films. Nichols’ challenge was to give us science fiction, but deliver it in a realistic package that lent authenticity to its departures from realism. It turns out Nichols is not much better equipped for this task than the studio hacks punching a clock on lesser films. Midnight Special is better than those films, but possibly only because Nichols is a man of such unimpeachable taste that’s he’s easily going to clear the lower bars. Because we have higher expectations of Nichols, the sense of disappointment is more palpable when there’s only so far down a road of originality he can take this concept.

Everyone is really trying their best, though. This is the fourth straight film in which Nichols has employed Michael Shannon, and he’s a rock-solid centre for the proceedings – even if the innocent question by his son, who asks him what kryptonite is, conjures unfortunate memories of Shannon’s involvement in the latest round of Superman movies. Edgerton is also on point here, and Kirsten Dunst allows herself to appear impressively bedraggled as the boy’s mother, who has been through a lot. Adam Driver is on hand as well, continuing to firm up his reputation as the unlikeliest guy in the room to become a star. However, the movie is a bit more notable for the resources it squanders. Sam Shepard is key to establishing a sense of dread surrounding the ranch, but he disappears from the movie rather quickly, and Bill Camp as his surrogate does not have sufficient gravitas to keep that strand of the plot unnerving. The collective product of their performances just doesn’t bring much emotional heft, which is really problematic for a film about children being torn from their parents. 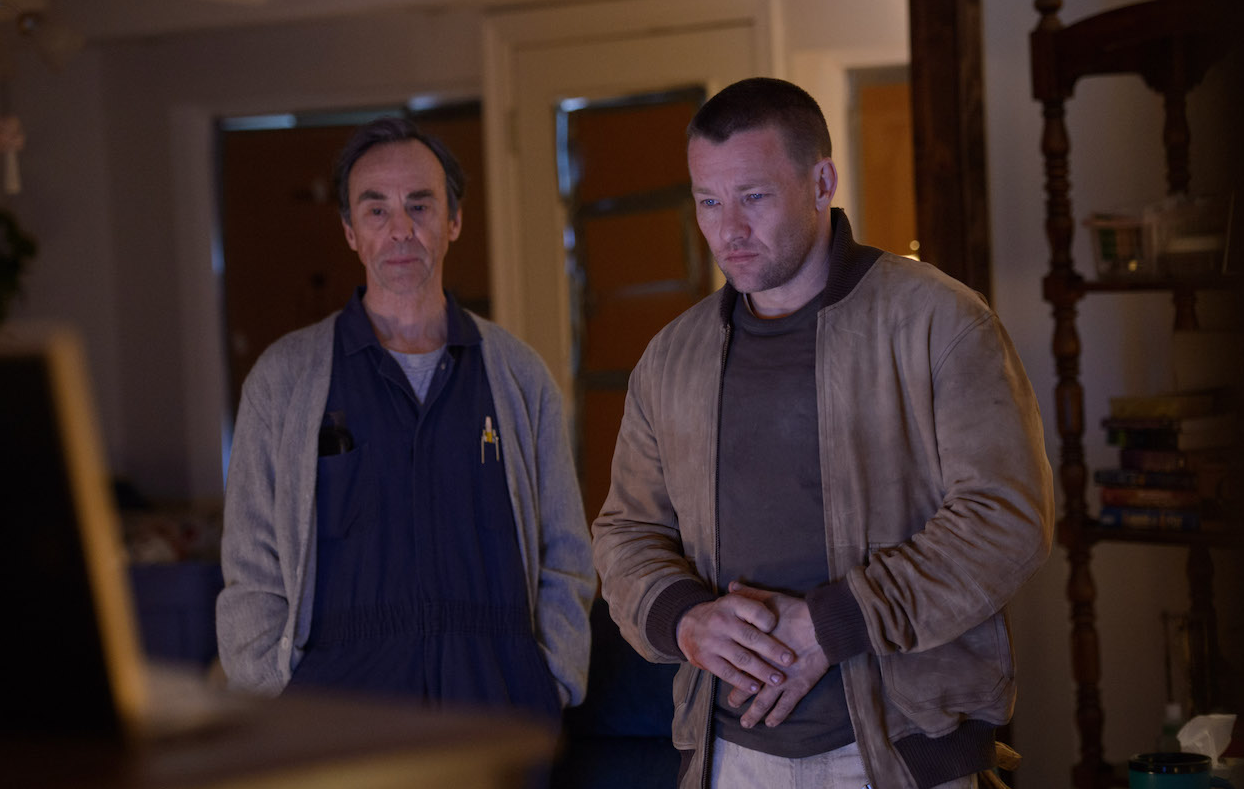 There are a few ways the film could have resembled something more conventional and been better off. In addition to failing to resolve certain narrative threads, Midnight Special struggles through slow patches. For a film that frequently reminds us of the importance of exact dates and the shrinking window of time available to arrive at certain coordinates, it seems curiously uninterested in actually counting down the time remaining. The forward momentum suffers in equal measure.

Nichols was able to do more with the hint of supernatural themes in Take Shelter, in which Shannon’s main character is preparing for the end of the world by building a bomb shelter, and no one knows whether to believe what he’s saying or what he’s telling them he’s seeing. Here, we believe what’s happening because the movie never forces us to question the reality it presents us. So while there are some cool things happening here, they err too much on the side of the tangible and the definite, when Nichols works better with ambiguity and subjective interpretation. In a word, the movie is not very – well, you know. The second word of the title.