"...there is a lot of Hutchence love here, and possibly the avoidance of some of the more unsavoury details of the man’s life."

"The film doesn’t dignify Yates’ suggestion about autoerotic asphyxiation, making no mention of it at all..."

Debates about Australia’s greatest musical export usually begin and end with two names comprised of a bunch of capital letters: AC/DC and INXS. (Some would argue for Kylie Minogue, but let’s face it, the rest of the world has never appreciated Kylie the way Australians do.) In addition to selling millions of hit albums, both bands also lost their lead singer in circumstances that may have involved the ingestion of drugs, though Bon Scott died early on in AC/DC’s run, whereas Michael Hutchence passed about five years after INXS had started its decline. And whereas Scott’s death was a fairly straightforward case of too much dangerous living (“death by misadventure” was how it was labelled), the passing of Hutchence was far more thorny and problematic.

One of Hutchence’s close friends and career-long collaborators, Richard Lowenstein, has released a years-in-the-making documentary trying to puzzle out his friend’s life and death. Mystify: Michael Hutchence is both Lowenstein’s attempt to do right by his friend, and to genuinely examine the man’s strengths and weaknesses in giving us an idea why Hutchence may have taken his own life in November of 1997 at age 37. Of course, “may have” is the key phrasing here, as his then-partner Paula Yates later suggested Hutchence may have accidentally hanged himself in an episode of autoerotic asphyxiation gone wrong. If so, that would be a true case of death by misadventure indeed. 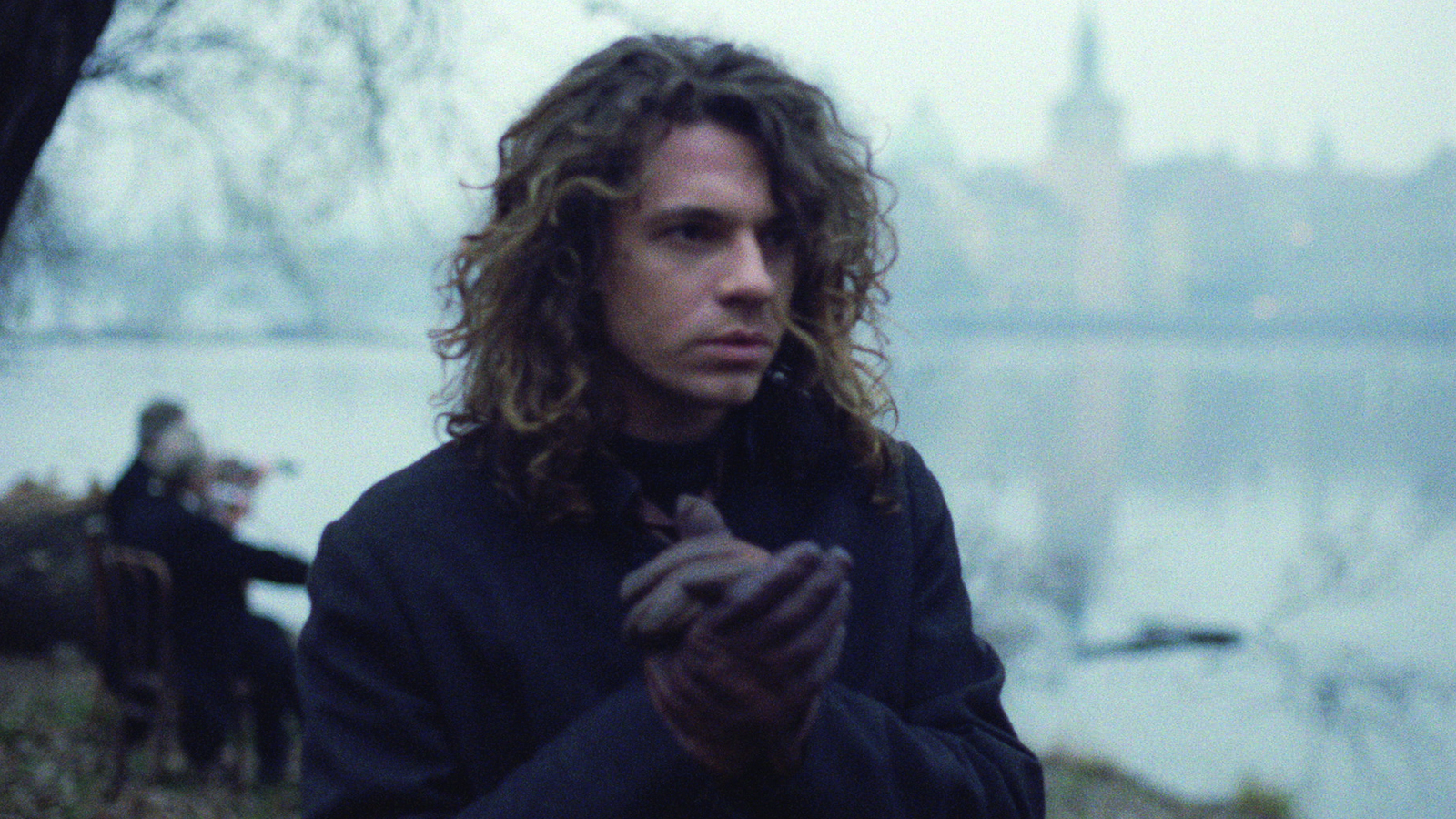 The director of 16 INXS videos, as well as one of the only films (Dogs in Space) in which Hutchence appears as an actor, Lowenstein may not strike a person as a particularly impartial observer of the INXS frontman’s life, and therefore, perhaps not the best candidate to make an objective documentary about him. Truth be told, there is a lot of Hutchence love here, and possibly the avoidance of some of the more unsavoury details of the man’s life. However, Lowenstein also had access to a treasure trove of archival footage, and got interviews from all manner of Hutchence’s business and personal associates, which play as audio only over this footage. It’s possible no one but Lowenstein could have made this fascinating and vital document.

Hutchence’s life story followed something of a familiar arc for the rock musician who died young or at least fell from grace, something we’ve been seeing in biopics for years (and especially lately). A less-than-stellar childhood nonetheless produces a figure of great charisma and musical ability, who ends up burning brightly but then becomes susceptible to drugs and other undesirable trappings of fame. Sometimes they emerge victorious from this inevitable down period, as Elton John did, documented recently in Rocketman. But sometimes they die.

For Hutchence, though, drugs may have been more a symptom of his downfall than a cause. Mystify makes the argument that the turning point for the Sydney native came when he was involved in an altercation with a cab driver in Copenhagen, alongside then girlfriend Helena Christensen. The cabbie shoved Hutchence and he hit his head on a curb, fracturing his skull – an injury for which he did not seek treatment for several days. Two weeks in the hospital did not lead to a full recovery, and the resulting brain damage cost Hutchence a large amount of his senses of taste and smell, as well as his equilibrium as a stable person. He began threatening bandmates, and the drug use intensified.

The incidents that appeared to lead to his demise related to his relationship with Yates. He began dating her while she was still married to Bob Geldof, who began seeking custody of their children once a nanny found opium in the home owned by Hutchence and Yates. This also had an impact on Hutchence’s own daughter, Tiger Lily. His death occurred on a particularly fraught morning related to the ongoing court cases, after he had called several friends seeking help from his Sydney hotel room. 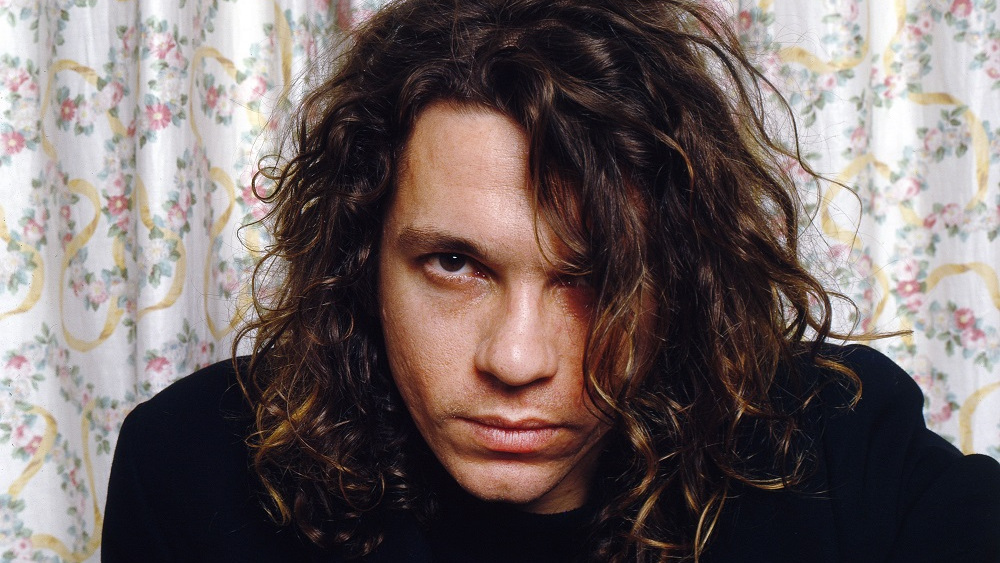 The film doesn’t dignify Yates’ suggestion about autoerotic asphyxiation, making no mention of it at all, which seems significant as that story took on a life of its own. It does, however, establish a timeline of desperation on the morning he was found dead, which provides at least circumstantial evidence that he wouldn’t have been in the right mindset to have been pleasuring himself that morning. Oddly, though, the advertising campaign for the movie seems to evoke this theory by including a quote from Minogue, who was his partner for two years, on the poster: “A lot of it was based around pleasure, let’s face it.” One wonders about the wisdom of using that quote, when this film doesn’t “face it.” It’s far more willing to spend time in the company of Hutchence the good listener, Hutchence the kind soul, Hutchence the generous friend than Hutchence the lover of vice. 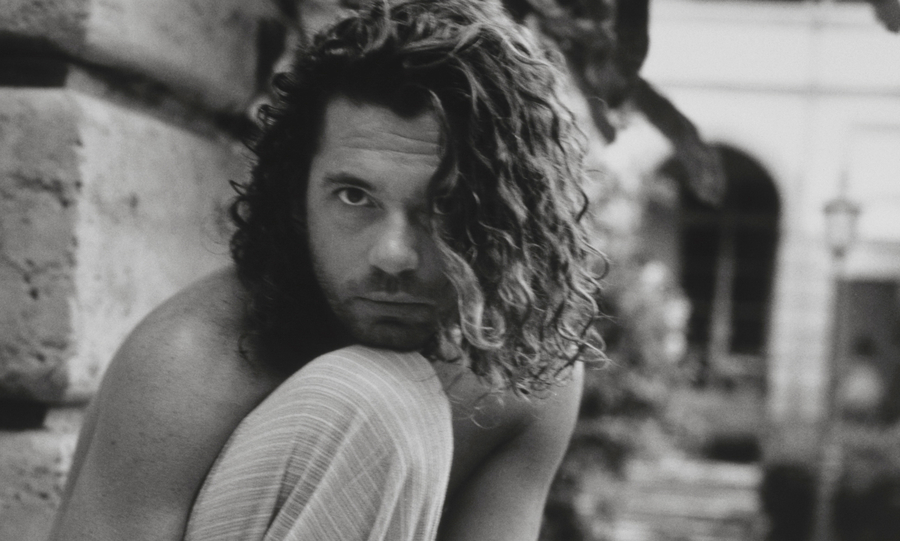 Even with some punches pulled, though, this is a truly immersive film that gives an energetic portrait of a charismatic rock star. The footage is so thorough, encompassing so much of the highs and lows of his life, that Lowenstein could scarcely have gotten better coverage if he’d made a narrative film, where he had the freedom to stage whatever scenes he wanted. Hutchence had an almost Jim Morrison-like wiry frame, stage presence and sex appeal, while benefiting from a sense of fun that Morrison never had. The film also shows us how talented he was, suggesting that singing did not come naturally to Hutchence, and it was thought that his primary benefit would be as a songwriter. He ended up developing one of the more iconic singing voices of his era.

Mystify closes with a performance of the title song, first at a piano with INXS co-founder Andrew Farriss, then on stage in one of numerous thrilling live performance clips. Notable in these clips is how often Hutchence would offer vocal variations on the studio recording of his songs, a man infinitely at ease with riffing and playing to an adoring crowd. It’s just a shame he ultimately had a devil inside that he couldn’t conquer.