"It sure looks sleek though, and that’s what counts in this film’s conception and execution."

"Brent Dillon’s script is pretty indifferent about fleshing out the details around Benny, particularly the mythology whose groundwork the film attempts to lay in its opening moments."

Vampire movies are often thought of as a consummate style-over-substance genre, but the new Netflix fang-fest Night Teeth really makes you miss the substance. That’s especially the case when viewed consecutively with the most recent film we happened to review on ReelGood, Amazon’s Black as Night, which tackles interesting permutations on racial politics without sacrificing any genre pleasures. Night Teeth out-styles Black as Night by orders of magnitude, but feels as empty as the veins of a desiccated bite victim.

Adam Randall’s film is an opulent and decadent look into the chic lifestyle of the modern L.A. vampire, as seen through the eyes of a hapless private car driver with great hair. He’s Benny (Jorge Lendeborg Jr.), and he’s been loaned his brother Jay’s tricked out wheels to make a little extra cash on a night his brother can’t work his shift. Jay (Raul Castillo) has other plans, such as helping quell an apparent rift in the age-old peace treaty between humans and vampires in L.A.’s Boyle Heights neighbourhood. Jay doesn’t suspect that his brother’s customers for the evening will have anything do with his own secret double life.

When a nervous Benny arrives to pick up said customers, Blaire (Debby Ryan) and Zoe (Lucy Fry), at first he just thinks they’re entitled due to being wealthy, beautiful, and accustomed to the most glamourous acquaintances and parties. He’s been tasked with driving them to a half-dozen such parties before morning. It doesn’t take too long for him to realise he’s chauffeuring them on a succession of hits on key figures on the human side of the vampire war, at the behest of a sinister lead vampire named Victor (Alfie Allen). He also discovers the entitlement comes more from living multiple centuries on earth than it does from the elitism of their privilege.

Benny tries to extricate himself from this situation, of course, but Blaire and Zoe are having none of it as their path leads them toward his brother. Fortunately, Blaire seems to have taken a shine to Benny, which just might help him survive Zoe’s blood lust and her tendency to treat all humans as disposable.

Night Teeth itself is a pretty disposable entertainment. It has an inviting gloss that makes it easy to watch, even if the Los Angeles it imagines is pretty far-fetched. As Benny’s Escalade glides through the streets like some kind of panther, the camera swooping around it and the glittering lights bouncing off its windscreen, it notably has almost zero competition from other traffic. Anyone who’s spent even 15 minutes in a car in Los Angeles knows this is simply not a thing, even during the overnight hours. It sure looks sleek though, and that’s what counts in this film’s conception and execution. The parties Blaire and Zoe attend are similarly extravagant visual exercises, showcasing the best in location scouting, extras casting and wardrobe. 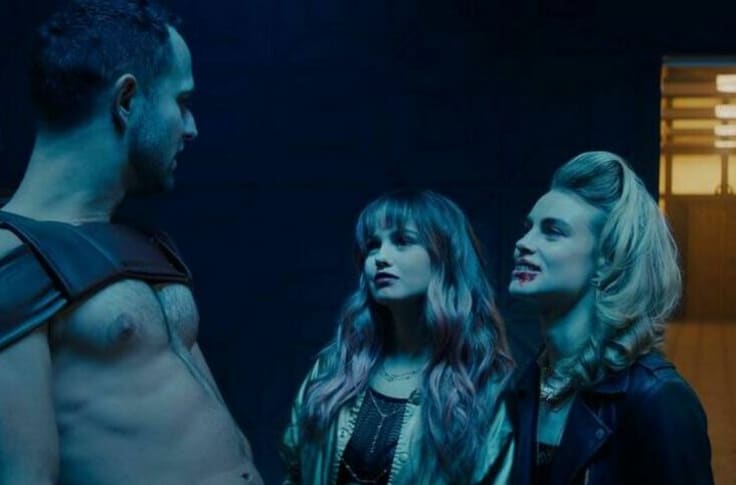 Fortunately, Lendeborg’s inexhaustible charms take some of the edge off the film’s aesthetic, which is like Bret Easton Ellis with fangs. He’s an excellent viewer surrogate as he gets just as plopped into the middle of this as the rest of us. He may have better hair than most of us, but other than that he’s extremely relatable, stammering his way through an assignment that’s above his pay grade, even before he knows it involves vampires. This despite some questionable choices along the way, and despite some patently false notes and strained credibility in the development of his relationship with Blaire.

Brent Dillon’s script, though, is pretty indifferent about fleshing out the details around Benny, particularly the mythology whose groundwork the film attempts to lay in its opening moments. We learn there are rules for the peaceful coexistence of vampires and humans, but the only one that really lingers is that vampires must stay out of Boyle Heights. It lingers because we never really learn what’s special about Boyle Heights, though we do know that it’s an opening violation of that rule that shatters the truce.

The rest of the film occurs as a series of pit stops that are meant to increase in significance but never do. Night Teeth is structured like Michael Mann’s Collateral, in which assassin Tom Cruise held cab driver Jamie Foxx captive as he forced the latter to drive him around to kill people. It tries to up the stakes as it goes by interspersing footage of the big bad, Victor, as he fulfills his own role in the evening’s agenda, but that material falls flat. His main scene also leaves an impression for the wrong reason, as it features the two most well-known faces in the cast other than Allen’s, Megan Fox and Sydney Sweeney, in cameos as fellow vampires. That so little is done with them, and that we cut out of the scene even before it has a chance to get interesting, makes one wonder why those actors even appear in the film. 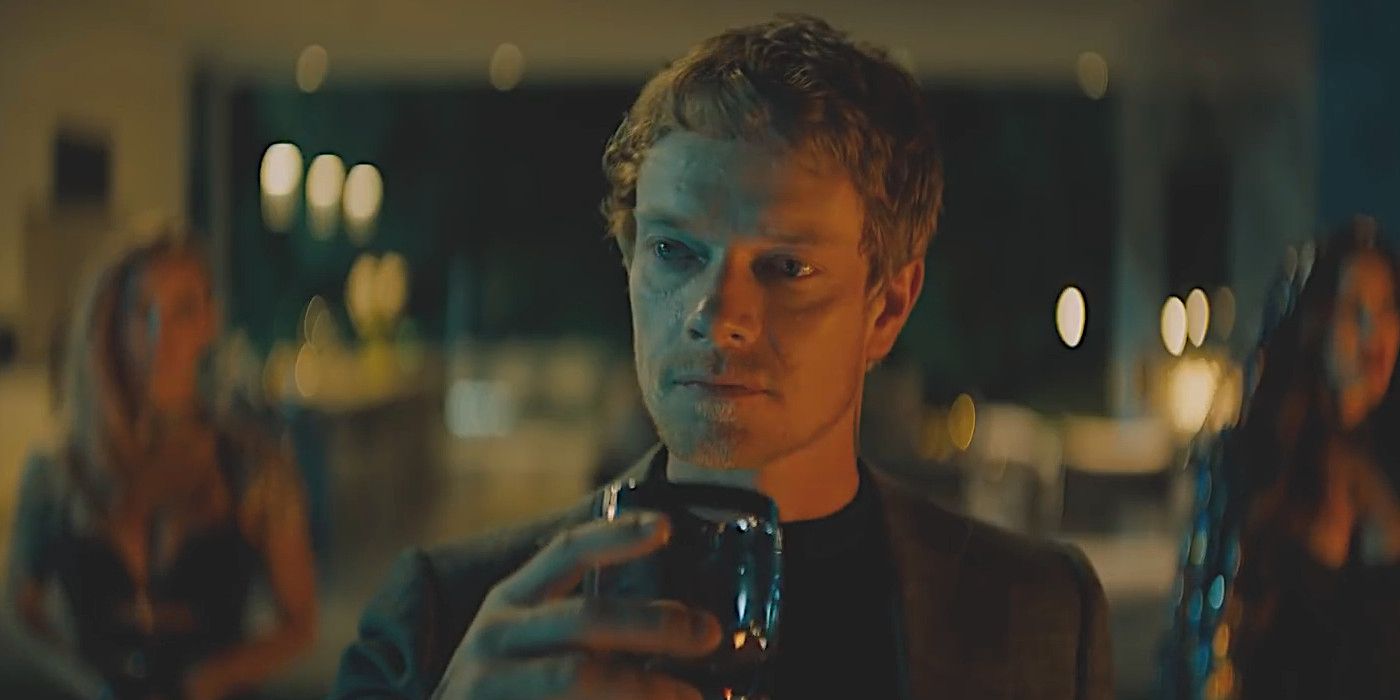 Night Teeth does aim toward a climax at sunup in which certain characters will survive and others will get theirs. It all goes down easy enough. Who knows, maybe you don’t want substance with your vampire movie and the style is all you need. Night Teeth has enough to pique a person’s curiosity about director Adam Randall’s next move.