Please look after this bear. Thank you. 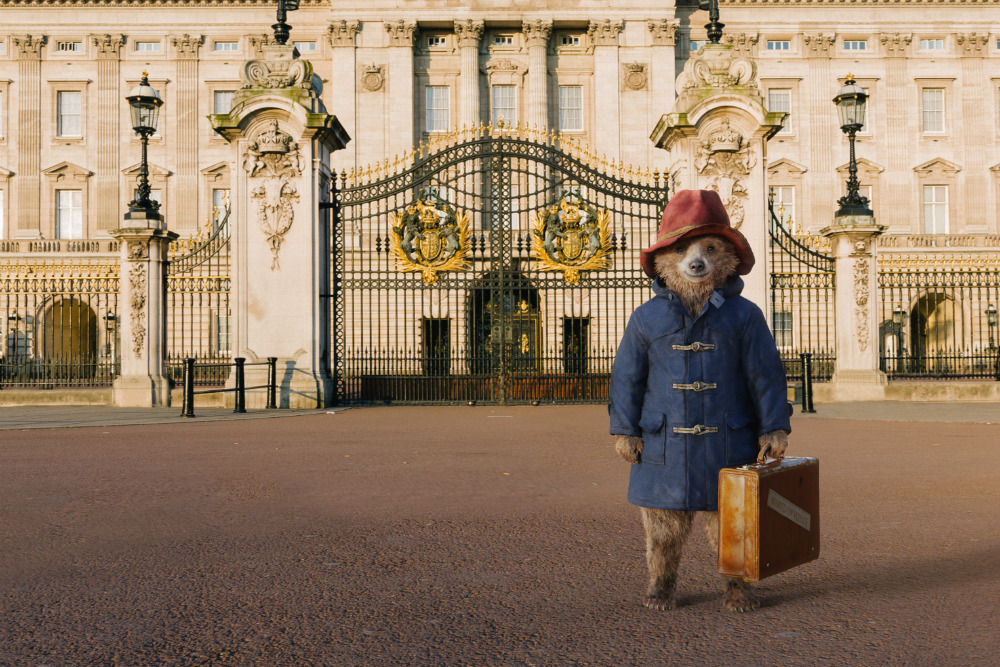 I was never a Paddington kid – my love and attention was devoted to a bear with very little brain. Nevertheless, I was more than willing to give the film based on the marmalade loving bear a go, and it doesn’t disappoint. Adapted from the beloved children’s books, and produced by the team behind Harry Potter, Paddington is the best family holiday movie I’ve seen in a long time.

Paddington (voiced by Ben Whishaw) travels from darkest Peru to London after his idyllic home is destroyed by an earthquake. He hopes to find a new home with an explorer from London who once visited his aunt and uncle, but London is very different to what he expected. Lost and lonely, he is found and taken in by the Brown family. Paddington must adjust to his new life, while he and the Browns learn about the importance of home and family. Danger lurks, however, in the form of a museum taxidermist (Nicole Kidman), who has the rare bear in her sights…

The film boasts a stellar cast; Colin Firth was at one point set to voice Paddington, but pulled out after feeling that he wasn’t quite right for the role. We’ll never know what Firth could have done with the character, but it’s hard to imagine anyone but Ben Whishaw in the role. He brings a youthfulness and innocence to Paddington that will endear him to anyone, even to Mr. Brown (Hugh Bonneville). Mr. Brown is uptight and overprotective, and Bonneville plays him perfectly straight-faced. Mr. Brown only takes Paddington in at the request of Mrs. Brown (Sally Hawkins). Mrs. Brown borders on the eccentric, and Hawkins brings her to life with colour and flair. She and Bonneville are a perfect fit. Kidman, meanwhile, is almost a pantomime villain – but she is just so much fun to watch, and appears to relish playing the baddie. With the addition of Peter Capaldi, Julie Walters, and Jim Broadbent, the entire cast shines, with personality to spare! 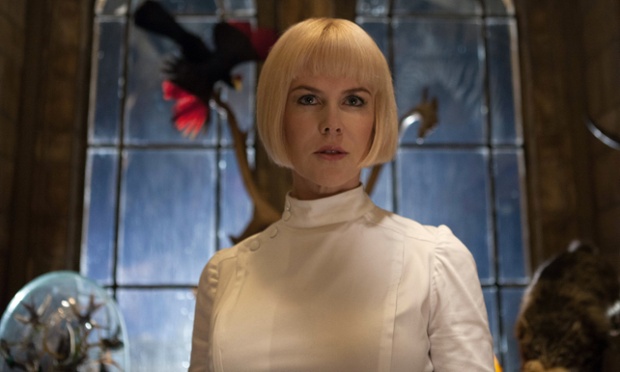 There’s plenty to laugh at – elaborate gags and set pieces built around the accident-prone bear are spectacular to watch, but the humour remains clever. It’s witty, a good mix of the dry and the ridiculous, and there are a number of almost self-aware jokes that take full advantage of the medium (or maybe the filmmakers simply couldn’t resist using Lionel Ritchie’s “Hello”). There’s rarely a moment when there’s not fun to be had.

The message, of course, is about what it means to find a home and have a family, and it’s one that children will understand and may hit home with the older audience as well. There’s something so appealing and sweet about Paddington and the Browns that it’s impossible not to love them. The sincere emotion is matched by the stunning visuals – it’s a joy to watch and experience. Charming, whimsical, and consistently entertaining, Paddington is a film that deserves your attention. It delightful film, that will leave anyone with a smile on their face.