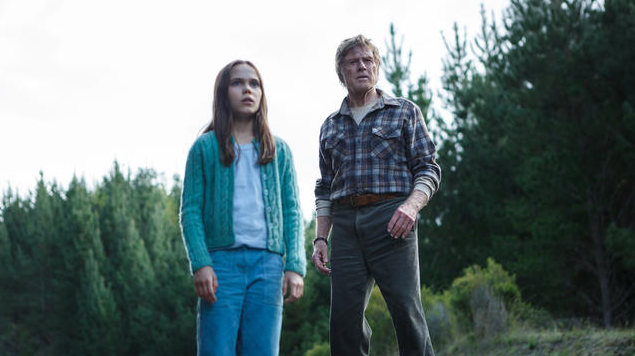 The deeper Disney gets into remaking its back catalogue of lesser known films, the greater the chance of one actually being better than the original. Enter Pete’s Dragon, the unexpected remake of an unheralded 1977 curiosity of the same name, in which a live-action kid interacted (and not very convincingly) with a cartoon dragon. Unexpected, except that the ability to make the dragon a million times better surely tempted a studio that has become compulsive about updating its films. Or perhaps just compulsive about earning a buck, but when they turn out films as gentle and charming as David Lowery’s new film, it has the effective of turning down our collective cynicism meter.

And Lowery is a pretty strange choice to helm this one. Disney takes a page from the playbook of its own Marvel Studios division, having selected someone for material that seems anything but a natural fit for his talents, then somehow mining gold from that decision. The hit streak continues with Lowery, a veteran of the little-seen indie film Ain’t Them Bodies Saints from 2013, which featured Casey Affleck and Rooney Mara as outlaw lovers. Although there’s literally nothing in that film to suggest a fit with Pete’s Dragon, Lowery makes one anyway. 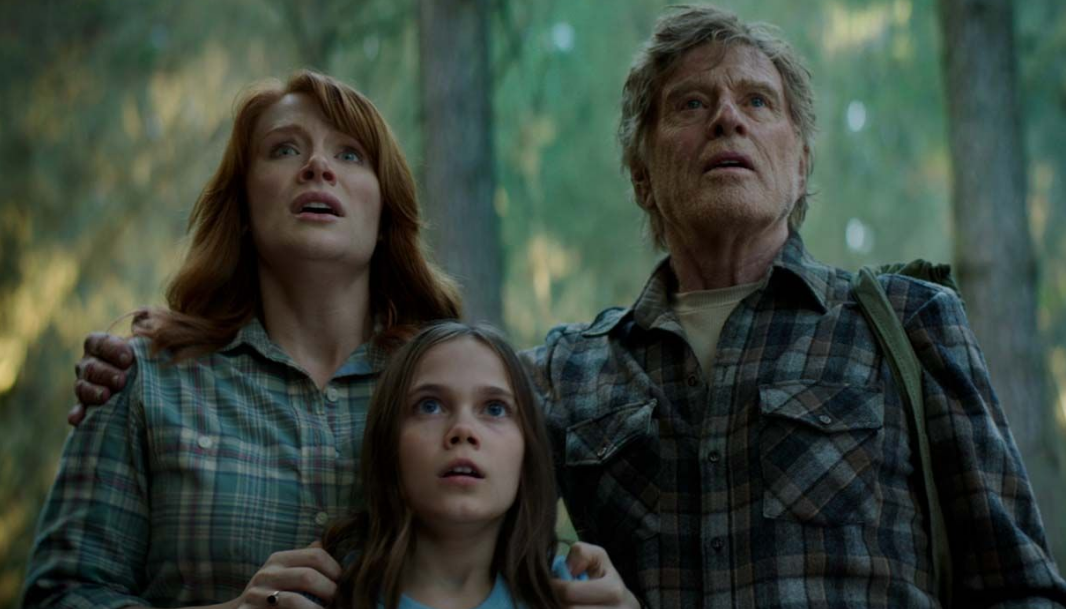 The story he’s telling this time is of a boy who survives a car crash deep in the forest that claims the lives of his parents. Surrounded by hungry wolves, the boy is saved by a big furry creature that emerges from the trees and sends the predators scampering. Yes, this dragon is a bit different from the reptilian monsters of legend, as his fine green hairs actually turn a brighter shade of green at the touch of a caring human. Pete and his new guardian/best friend form a fast bond, and six years pass before the boy makes human contact again. In the meantime he’s gone all Mowgli (it’s interesting that Disney put this out in the same year as The Jungle Book), but the helpful park ranger who discovers him (Bryce Dallas Howard) understandably wants to return him to his family, if she can find them. Or failing that, help create a new one for him.

If seeking precedents in terms of indie sensibilities applied to mainstream children’s storytelling, it’s tempting to look toward something like Spike Jonze’s Where the Wild Things Are. In truth, though, Lowery’s contributions here are less distinctive. They seem to manifest themselves primarily in terms of an earnest sense of humanism, as the filmmaking itself can be a bit workmanlike, even verging on cornball. That’s a strong word, but some of the music choices reinforce its usage in this context. But square has worked with audiences in recent Disney remakes like Cinderella, as a summoning of the old-fashioned has served as an antidote to everpresent 21st century irony. And truly, Lowery gives square the best face possible. “Square” in his hands means solid, dependable, touching, and sure to deliver audiences a satisfying filmgoing experience. 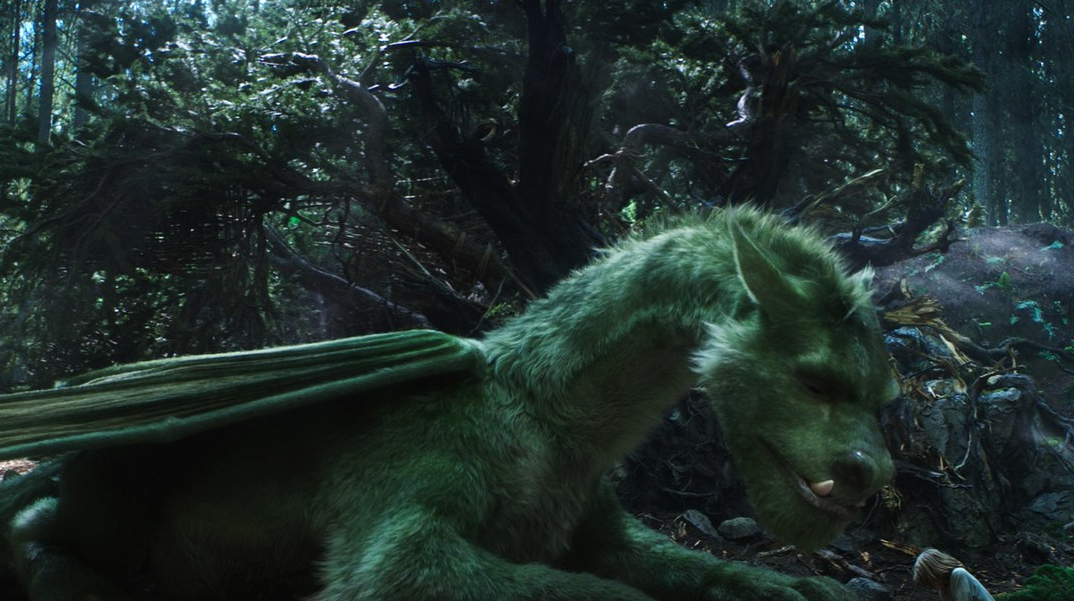 And if Disney’s main reason for making the film was a technical upgrade, they’ve scored in that department as well. The dragon, name Eliot after a character in Pete’s storybook, is a wonder indeed. All that talk about the way Pixar rendered Sully’s hair in Monster’s Inc. is sure to be repeated in any technical discussion of the tactility of this digital creation. But the majority of its marvel is saved for the dragon’s lovely personality, which is like that of a canine but with a more sizeable dose of wisdom. If this is not the nicest dragon you’ve ever met, well, I don’t know what would be. It might almost be cloying if it weren’t so elegantly realised, as is every element of this production.

The rest of the effects in this movie are practical, most notably the craggy 80-year-old face of Robert Redford. The cast is generally a strength, though only the children really impress – the marvellously named Oakes Fegley as Pete, and his age-appropriate female companion played by Oona Laurence, a preternatural type suggesting a young Ellen Page. It’s also interesting to see Wes Bentley and Karl Urban switch roles in terms of who has our sympathies – Urban, a hero in Star Trek, is this film’s nominal villain, while the guy typecast as creepy (Bentley) is the upstanding one. Though his character is also criminally underdeveloped, a bit of an issue that tends to permeate.

It’s possible to nitpick little parts of Pete’s Dragon along the way, but it’s not possible to deny the sum of those parts: an accumulation of warm fuzzies. Fuzzies as warm and as fuzzy as a certain dragon and his exquisitely rendered hair.