"Anderson is a naturally engaging filmmaker, something he has almost appeared to be deliberately rejecting over the past decade..."

"There is much to admire about Anderson's film but like its protagonist, many of its allures largely remains obscure..."

Paul Thomas Anderson fills his creative endeavours with men who are trying to find something. This may strike you as being a broad analysis, but with Anderson the search is always specific. Whether it’s an internal or external pursuit – Jack Horner’s dream of directing high-class porn, Daniel Plainview’s private torment or “Doc” Sportello chasing his leads around in circles – Anderson’s films are all about pursuit. Most of the time, what the characters are searching for is never found, or a character finds what they think they’re looking for but ultimately lack the thing that the Anderson suggests they actually need. Phantom Thread is the exception to that rule, with a caveat, and to say more would be to spoil the movie.

The film stars Daniel Day-Lewis, in what the actor claims will be his final role. If that’s true, then we are losing one of the very best to have chased his line of work. You may have heard Anderon’s claims that he wouldn’t have made There Will Be Blood without Day-Lewis. It’s difficult to imagine anyone else in the role of Plainview, that’s for sure, but Phantom Thread would have suffered tremendously without the actor’s presence. 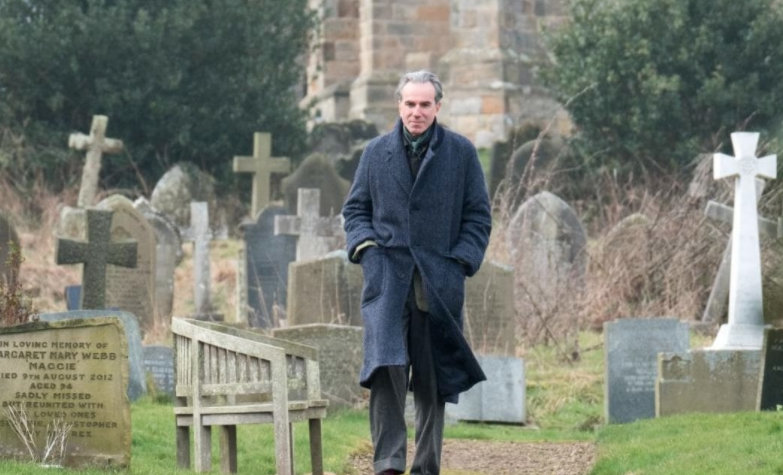 He plays Reynolds Woodcock, a renowned dressmaker living in 1950s London. Woodcock is, in his own words, a confirmed bachelor. Women pass through his life, the latest being Alma (Vicky Krieps). The first night that Woodcock and Alma spend together is interrupted by Woodcock’s sister, Cyril (Lesley Manville), and the date transforms into an flurry of creative inspiration on Woodcock’s part. Cyril is quick to jot down Alma’s name, and we get the impression that any sentiment of genuine romance is all coming from Alma, not Woodcock.

He is a genius, a rarity that Phantom Thread is very interested in. What is the equation that begets genius? What are the costs of genius? As Alma begins to occupy more and more of Woodcock’s life, she begins to understand that what she wants out of their relationship is less important to Woodcock than his own emotional comfort and his own ambition, if indeed what she wants is important at all. With the climate of Hollywood the way it currently is, it’s an uncomfortable time for a film about a man who is happy to torment women in the name of his own accomplishments though it’s also a reality that reaches far beyond the reels of Anderson’s film.

Anderson is a naturally engaging filmmaker, a virtue he has perhaps deliberately chosen to reject over the past decade, as if his own aptitude bothers him. Phantom Thread is more sedate and inaccessible than it ought to have been at the hands of this extraordinarily capable director and one arrives at the impression that Anderson is pushing himself toward emotional remoteness and creative limits at the price of his own work.

As Woodcock is a man who demands absolute obedience and understanding from everyone around him so too is Phantom Thread a film that requires its viewers to pursue its merits rather than expect them to be immediately apparent. There is much to admire about Anderson’s film but like its protagonist, many of its allures largely remain obscure, benefitting only those who acquiesce to its rigid remoteness. 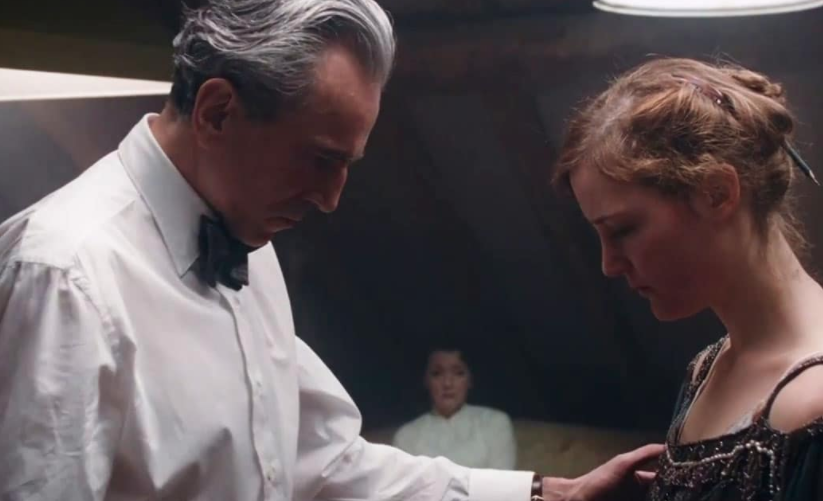 Ought an audience have to labor to appreciate a film? Sometimes, yes, but I’m not entirely convinced that Phantom Thread benefits from this difficult outlook. Perhaps there is a point to it, but perhaps Anderson ought to have made a more captivating film. He’s more than capable of it.

Whatever Anderson is searching for he has not found it in Phantom Thread, though it remains a film of inarguable quality. Day-Lewis’ presence is invaluable, and the performances from Krieps and Manville help sustain Anderson’s conscious aloofness. A talented, restless director with such a fascination with talented, restless men may never find what he’s looking for.