The sequel we’ve all been waiting for. 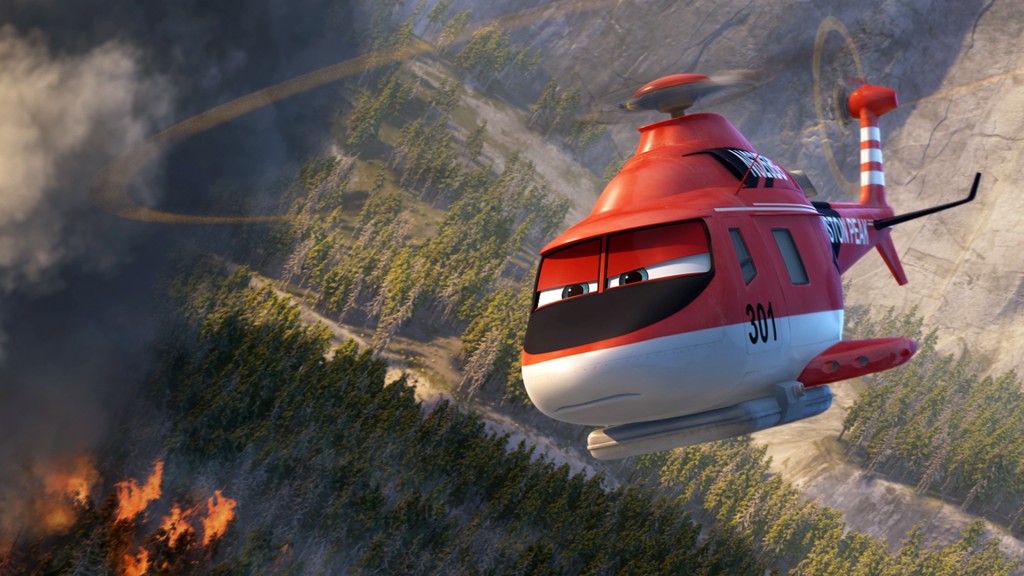 Planes: Fire and Rescueis the sequel to last years disappointing Planes, itself a spin-off of Pixar’s Cars franchise. Planes fell into the trap of mediocre storytelling, jokes that fell flat, and was generally a poor attempt to expand upon and cash in on a genuinely successful concept. No one could be blamed for not having high hopes for its follow-up, but you may be pleasantly, albeit slightly, surprised. Planes: Fire and Rescue improves upon the first outing, though if you’re looking for a film to entertain adults as well as kids, you may have to look elsewhere.

Dusty Crophopper (Dane Cook) is a huge star in the world of racing these days. Unfortunately, a severely malfunctioning gearbox, and almost no hope of fixing it or finding a replacement means that his racing days are numbered. After inadvertently causing a fire, and the possible suspension of his town’s old fire engine Mayday (Hal Holbrook), Dusty decides to become accredited as a firefighter himself. He joins a forest fire and rescue unit led by the helicopter Blade Ranger (Ed Harris), and learns that there is more to being a hero than he thought.

A lot of the same problems from the first film carry over – the jokes simply aren’t funny, except for some spectacular puns that are so bad they’re good (it depends on how you like your puns – some of them got a few chuckles out of me). One major issue with this film was the lead female character, Lil’ Dipper (Julie Bowen). She is some kind of caricature of an obsessive fan girl and is given no depth of character. It’s some kind of weird, uncomfortable parody. Dottie (Teri Hatcher), Dusty’s capable mechanic, is barely present, and Dynamite (Regina King), leader of a group of ground clearing vehicles part of the fire and rescue team is given some cool actions shots – that’s it. There are a lot of wasted opportunities.

The film does some things right – at 83 minutes, it’s shorter than the first and the action is kept tight, fast-paced, and looks quite spectacular. Time flies by (pun not intended), and it’s a more entertaining outing in this regard. Dusty is still an easily likeable character, and Hal Holbrook brings certain sweetness to the old truck Mayday – you want Dusty to succeed for him, if nothing else! The film does become a little overly sweet and cloying at times, but it was a nice sentiment to dedicate it to the firefighters of the world who risk their lives every day to keep others safe.

There’s very little else to say – easy entertainment for the younger audience, but not much to offer in the way of anything memorable or emotional for adults. There are better options out there.