"RBG is pretty close to hagiography, which has become a dirty word at a time when documentarians appear to have been duped if they don’t dig up a subject’s deep dark secrets."

"As a film, RBG doesn’t challenge the form in any way, though it’s quite competently constructed and does all it needs to do."

Citizens of the world who were disheartened by the election of Donald Trump might have consoled themselves with the following logic: “He’ll only be president for four years. How much damage can he really do?” Well, US presidents can have a legacy a lot longer than their comparatively brief time in office, depending on how many justices they get to nominate to the Supreme Court – a court that is as close as it’s ever been to overturning the right to legal abortions, among other freedoms Americans currently enjoy.

Trump has already named one justice, an honour that should have gone to his predecessor, had the Republican-controlled Congress not successfully delayed confirming Barack Obama’s nominee until after Trump was elected. Another justice’s retirement took effect just days ago, so Trump has, with his second nominee still pending confirmation, put the court on the precipice of potentially decades worth of future conservative decisions. 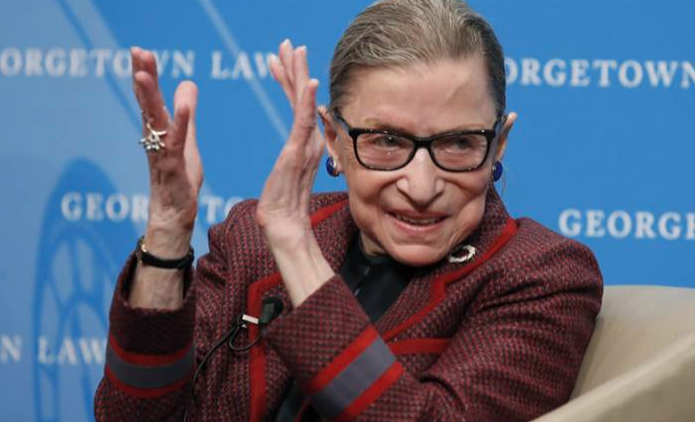 Standing in the way of a third Trump justice is 85-year-old Ruth Bader Ginsburg, the subject of a new documentary from directors Betsy West and Julie Cohen. RBG takes a long and loving look at this small and increasingly elderly looking woman, whose dissenting opinions to a conservative-leaning court have turned her into a hero among the liberals still fighting the good fight in the Trump era.

The film shows how she rose to prominence litigating cases involving gender discrimination in front of the very court on which she would later serve. It also reminds us that the future of liberal causes in America may depend on her willingness to keep doing the job – in fact, on her heart’s very ability to keep beating.

Given how shy and retiring – only in that one sense of the word – Ginsburg has been, it seems especially humorous that she’s earned a nickname likening her to one of the most outsized personalities in rap music. As her dogged pursuit of the court’s liberal perspective popularized her image and made her the centrepiece of loving memes and adoring merchandise, she also came to be referred to as “The Notorious RBG.” In the film, Ginsburg welcomes the comparison to Christopher “Biggie” Smalls, a.k.a. The Notorious B.I.G., explaining that they were both born and bred in Brooklyn. Of course, to her fans, she’s as large in metaphorical stature as he was in literal.

RBG is pretty close to hagiography, which has become a dirty word at a time when documentarians appear to have been duped if they don’t dig up a subject’s deep dark secrets. But it seems pretty unlikely that Ginsburg had any deep dark secrets, or that there was anything untoward whatsoever about Bill Clinton’s first Supreme Court nominee. From her early days as one of only eight women in her Harvard Law class of 500 students, she appears to have had a squeaky cleanliness perfectly in keeping with those 1950s. 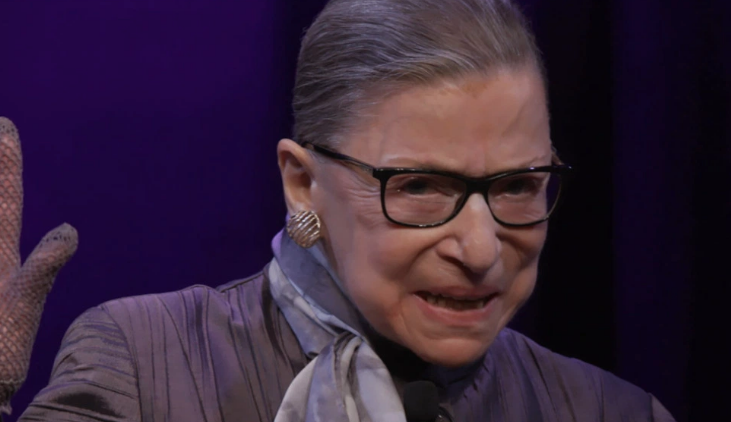 The film alternates historical images of her, be they from her years as an attorney or her 1993 confirmation hearing, with what the octogenarian is doing today to demonstrate that retirement is the furthest thing from her mind. Footage of her working out with a personal trainer, or appearing as a guest star in her favourite form of the arts (the opera), is meant – by the filmmakers and by Ginsburg herself – to show Trump she’s not about to go away quietly and give him another seat on the court. Her feelings toward Trump are well documented, as perhaps her only misstep the film highlights was her outspoken warnings of the dangers of a potential Trump presidency. Those comments flew in the face of the impartiality she was at least supposed to pretend she had.

One suspects West and Cohen made this movie not only because they love this civil rights champion and hero to the oppressed, but to remind Ginsburg herself what the stakes are. One other “controversial” moment they touch on is that Ginsburg did not heed the urgings of some prominent liberal politicians that she should retire while Obama was still president, as that would have ensured she was replaced by someone who would share her values. 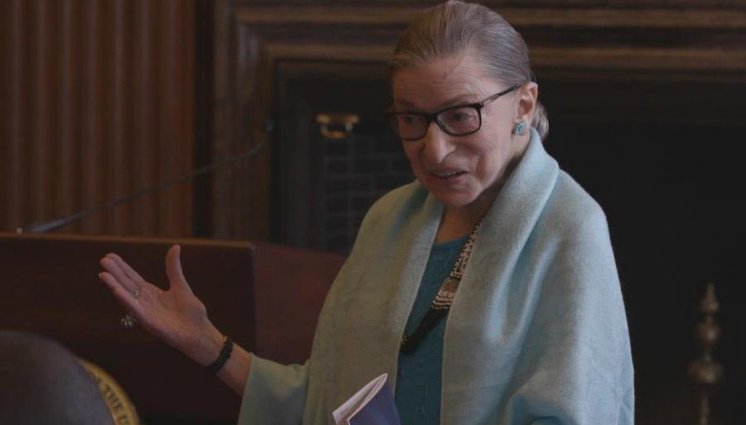 She chose to continue working, as it was her prerogative to do, perhaps as a much-needed distraction following the death of her mensch husband, perhaps feeling certain that Hillary Clinton would succeed Obama. Now that Clinton hasn’t, it’s even more incumbent on her to hold out until 2021 if she wants to keep her seat out of conservative hands. West and Cohen are there to remind both her and us of this.

As a film, RBG doesn’t challenge the form in any way, though it’s quite competently constructed and does all it needs to do. The film gives us quite a good idea of who this woman is and what makes her tick. It also reminds us that public servants who truly serve the common good, for no other reason than that it is the right thing to do, are an increasingly rare breed – and diametrically opposed to the brand of servant Trump represents.