"Ready Player One is both a logical progression and a disheartening degeneration of Steven Spielberg's creative momentum."

"... the plot of Ready Player One, based on a novel by Ernest Cline, demands technical proficiency. "

Ready Player One is both a logical progression and a disheartening degeneration of Steven Spielberg’s creative momentum. A younger Spielberg had an inherent command over large-scale cinematic storytelling that was probably, for many years, rivalled by none. His name is identified with entertainment as often as it is for good reason. Jaws, Raiders of the Lost Ark, E.T. and Jurassic Park remain some of the most notable examples of blockbuster filmmaking.

What Spielberg conveyed in those films that he does not in Ready Player One was a sense of narrative rhythm. I have recalled Howard Hawks’ suggestion that a great film is made up of five great scenes and no bad ones in past reviews. Ready Player One has no great scenes. It has some great moments but most of those moments roll from one into the next without commitment to the important sense of rhythm that all good storytelling needs. 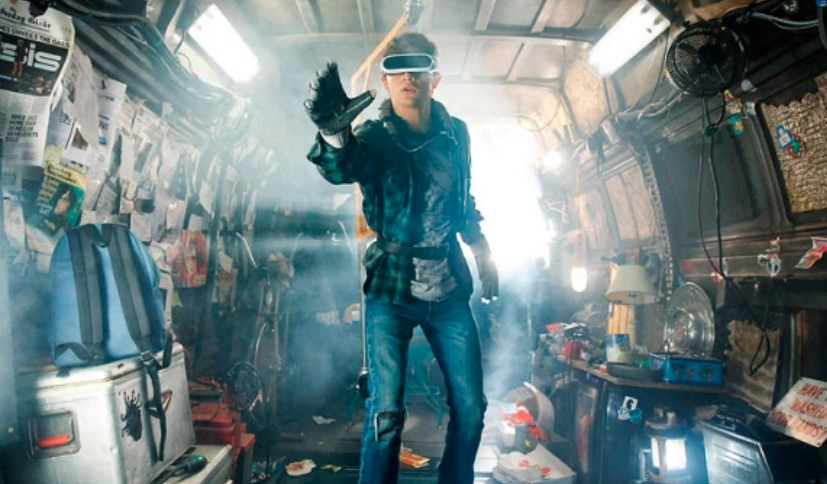 Think about the scene in the rain in Jurassic Park in which the protagonists are faced with the possibility of the T-Rex attacking and then confronted with the reality of it. Spielberg increases the pace from a lull to the literally beating rhythm of the dinosaur’s footsteps, so memorably visualised by the rippling glass of water, to the eventual arrival of the T-Rex. The scene culminates in the death of Martin Ferrero‘s lawyer and the escape in the Jeep. The film spends over an hour building to it. Then there’s a pause in pace for deliberation.

By contrast, Ready Player One is a kaleidoscope of narrative potential. But it’s not enough to present information, which is why we all know people who are good storytellers and people who are bad storytellers. The film that Spielberg wants to make is evident, but he hasn’t made it because of that shortcoming in narrative rhythm. It’s aptitude in this regard that made Spielberg famous but he has been falling short in his own domain for over a decade.

Computer Generated Imagery is an easy scapegoat although Spielberg’s dwindling storytelling prowess is also evident in films such as The Post, War Horse and Bridge of Spies. His proportionately recent interest in CGI certainly hasn’t helped, increasingly becoming a crutch, not a tool. Jurassic Park is an extraordinarily significant film for its pioneering use of CGI (it was by no means the first but its consequence in the field of special effects can’t be understated), but that film used the means carefully, to augment, not recklessly create.

Faced with the ability to construct anything onscreen that his imagination could conjure, perhaps Spielberg lost his sense of consideration for how a film ought to be composed. A man who once intrinsically knew that an audience is manipulated by the manner in which a film is constructed more than the pieces used for that construction is apparently now more concerned with how technically proficient those pieces can be. 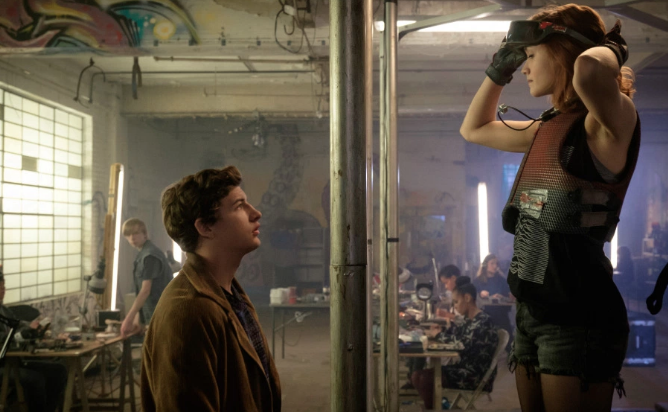 To be fair, the plot of Ready Player One, based on a novel by Ernest Cline, demands technical proficiency. It is largely set in a virtual reality, named The Oasis, a landscape that would be impossible to manufacture practically. The now-deceased creator of The Oasis, James Donovan Halliday (Mark Rylance) has built an Easter Egg that, should a player discover it, will grant them Halliday’s fortune as well as total control over his creation. Hollywood film and video game enthusiasts will know what an Easter Egg is, for the rest of you, consider it a sort of hidden side joke.

In the running is protagonist Wade Watts (Tye Sheridan), whose avatar Parzival is tellingly named after a famous knight that sought the Holy Grail. Watt’s competition is the rest of the world. Ready Player One is set in a 2045 in which almost everyone experiences addiction to the online platform. Why live in a science fiction dystopia when you can live in a digital fiction utopia? So popular is The Oasis that Halliday’s Easter Egg hunt has caught the attention of Nolan Sorrento (Ben Mendelsohn), the nefarious CEO of Halliday’s rival company. Sorrento believes that control over The Oasis propagates control over the entire world. 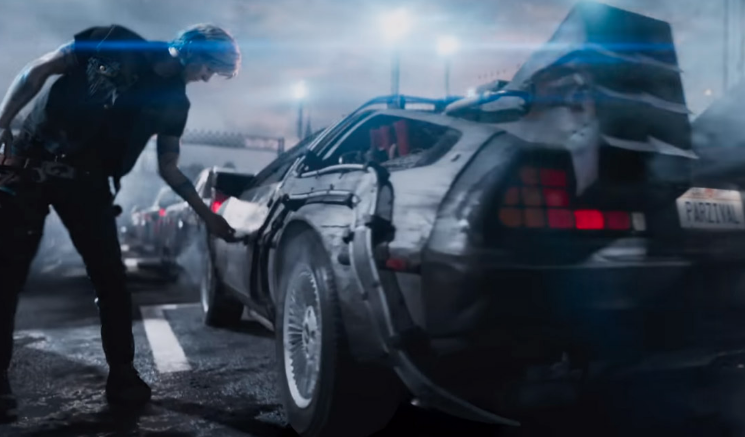 Those who can stomach a high level of computer imagery in their storytelling may have more to gain here than I did. Ready Player One is riddled with chaotic references to popular culture, particularly 80s properties that Spielberg himself had a hand in shaping. The intention of these references is to induce emotion but again, good storytelling is not simply the presentation of information. King Kong and Batman may be in the same film but without a persuasive narrative reason to feel anything about their inclusion all they induce is brand recognition.

There’s a soullessness that pervades almost every corner of Ready Player One, not to mention an astonishing disinterest in the repercussions and implications of such widespread virtual reality. One notable exception to the lethargy arrives during Watt’s search for the second component of Halliday’s Easter Egg, during which that technical proficiency I was just bemoaning recreates an iconic horror film set to such an astonishing degree that a fellow audience member yelled ‘WOW!’ But the audience member’s real enthusiasm was for that other, wonderful, film, not Ready Player One.