"Zemeckis’ version clearly honours the Dahl brand of storytelling, but what would he have made of all the CGI, sometimes garish, as CGI always is?"

"Although anything written by Dahl would certainly be designed for the consumption of children, it’s impossible to advise taking young children to see The Witches."

A good children’s storyteller is one who always sets things back in their right place by story’s end. A better children’s storyteller is one who does not. Roald Dahl was the second kind of storyteller, constitutionally unafraid to challenge our expectations and make us question our assumptions. And The Witches is that kind of story, which is probably why it isn’t as beloved and as synonymous with Dahl as his Willy Wonka books – which are also boldly eccentric.

Robert Zemeckis has just made the second cinematic adaptation of Dahl’s novel The Witches, and it has just opened in Australian cinemas. The first, mounted by the great Nicolas Roeg in 1990, tended more toward the first kind of storytelling than the second, and Dahl hated it. In fact, one hardly contributed to the other, but Dahl died just four months after the movie debuted.

That of course means he’s 30 years gone from being able to see Roald Dahl’s The Witches, but it seems like he’d like some things better about Zemeckis’ version, and some probably worse. Zemeckis’ version clearly honours the Dahl brand of storytelling, but what would he have made of all the CGI, sometimes garish, as CGI always is? Well, if he’d seen no other films in those 30 years he might marvel at talking mice and the clever and genuinely frightening way computers can render the more bestial aspects of the titular witches. But he’d probably also prefer the movie had been done with muppets or something.

Anne Hathaway plays the main witch, called the Grand High Witch, whose faint cheek scars foretell far more sinister incarnations than the upper-class woman with the Eastern European accent she plays to move through daily life in 1968. In fact those scars are the signs of the more regular appearance of her mouth, which can expand out nearly to her ears, Joker-style, to form a demented rictus. The other character traits witches share – as we learn from the narrator’s grandmother (Octavia Spencer) – is that they have claws instead of hands, stumps where their toes should be, and not a single hair on their bald heads. Gloves, high heels and wigs allow whole covens of them to blend in at a time, though you’d think average citizens might wonder about those cheek scars they all share.

The average citizen at the centre of this story – played by Jahzir Bruno, though voiced by Chris Rock in the narration – is known in the credits as Hero Boy, as he never receives a proper name in the film. He’s gone to live with Grandma (that’s Spencer’s credit name) after his parents were killed in a car accident. He’s understandably despondent, but she works her playfulness and Southern charm (and incredible-looking cooking) to snap him out of it. 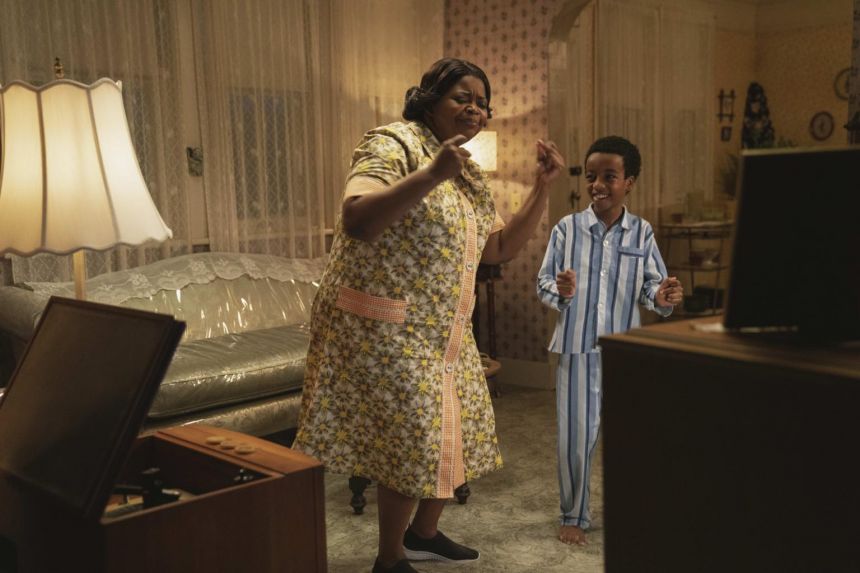 The revival is short-lived, however, as Hero Boy runs into one of these witches in a (lovingly recreated) local grocery store in rural Alabama. Grandma, who is conversant in the supernatural and who actually saw a childhood friend transformed into a chicken, recognises the danger, so she moves her grandson and herself to a fancy hotel where she has an in, because she’s acquainted with the head chef. Despite her generally having great instincts, this turns out to be the wrong one, as the hotel is where some 60 witches are meeting for a kind of convention.

There’s a major CGI aspect to the story that I won’t spoil here, as it doesn’t arrive until midway through the story, and those who aren’t acquainted with it before going in might prefer to have it sprung on them unawares. I will say that it’s the kind of thing that would have attracted a director like Zemeckis, who has been as much on the forefront of using new filmmaking technology as James Cameron or Ang Lee. He was right there at the start of creating realistic digital version of actors, increasingly realistic as they moved from The Polar Express to Disney’s A Christmas Carol.

The Witches is slightly disappointing as a progression in Zemeckis’ career, though, as there is not clearly an aspect to it that is breaking new ground. You surely can’t break new ground with every movie you make, but this film’s CGI, while certainly accomplished, is about at the level you would expect, and does not seem significantly better than if Zemeckis had made the movie ten years ago.

The choice of how to employ it, though, is probably the film’s best element. Although anything written by Dahl would certainly be designed for the consumption of children, it’s impossible to advise taking young children to see The Witches. Hathaway and company are truly frightening creations, as her performance enhances the way the computer transmogrifies her body. Not only is there that leering face-wide grin and the eyes to match, but her feet each have one giant pincer-like toe sticking out the middle, to go along with claws that essentially look like hands missing the middle two fingers. Her genuinely malevolent intentions are as scary as anything about her appearance, and there’s a part where her arms are extending outward in zig-zagging angles that might send any child cowering behind her seat. 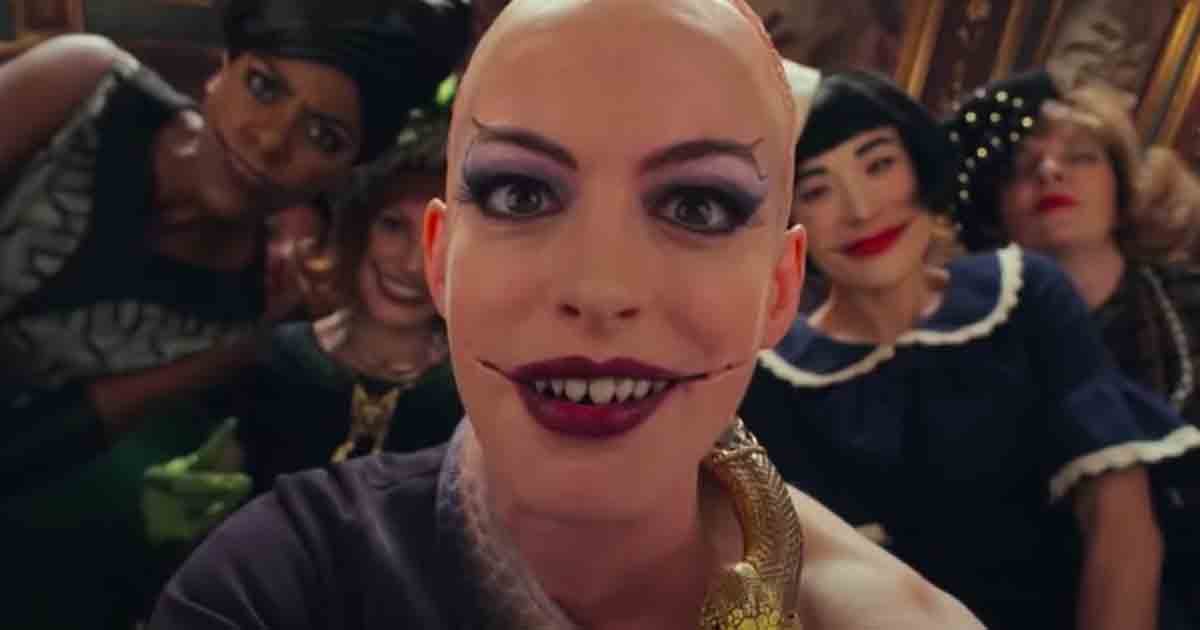 The confronting nature of the film is definitely to its benefit, but it also means it may have difficulty finding an audience. It likely lands in a no man’s land between younger children, who might aspire to it but might have weeks of nightmares as a consequence of watching it, and older ones, who think they are watching a children’s movie (though would probably be genuinely frightened if they actually sat down to watch it). The film also deflates a bit like an emptying balloon in its final act, preferring a smaller-scale climax to the kind of world-ending witch apocalypse a modern screenwriter would likely stick at the end. That is also to the overall benefit of the film, but in the moment it feels like a bit of a letdown. 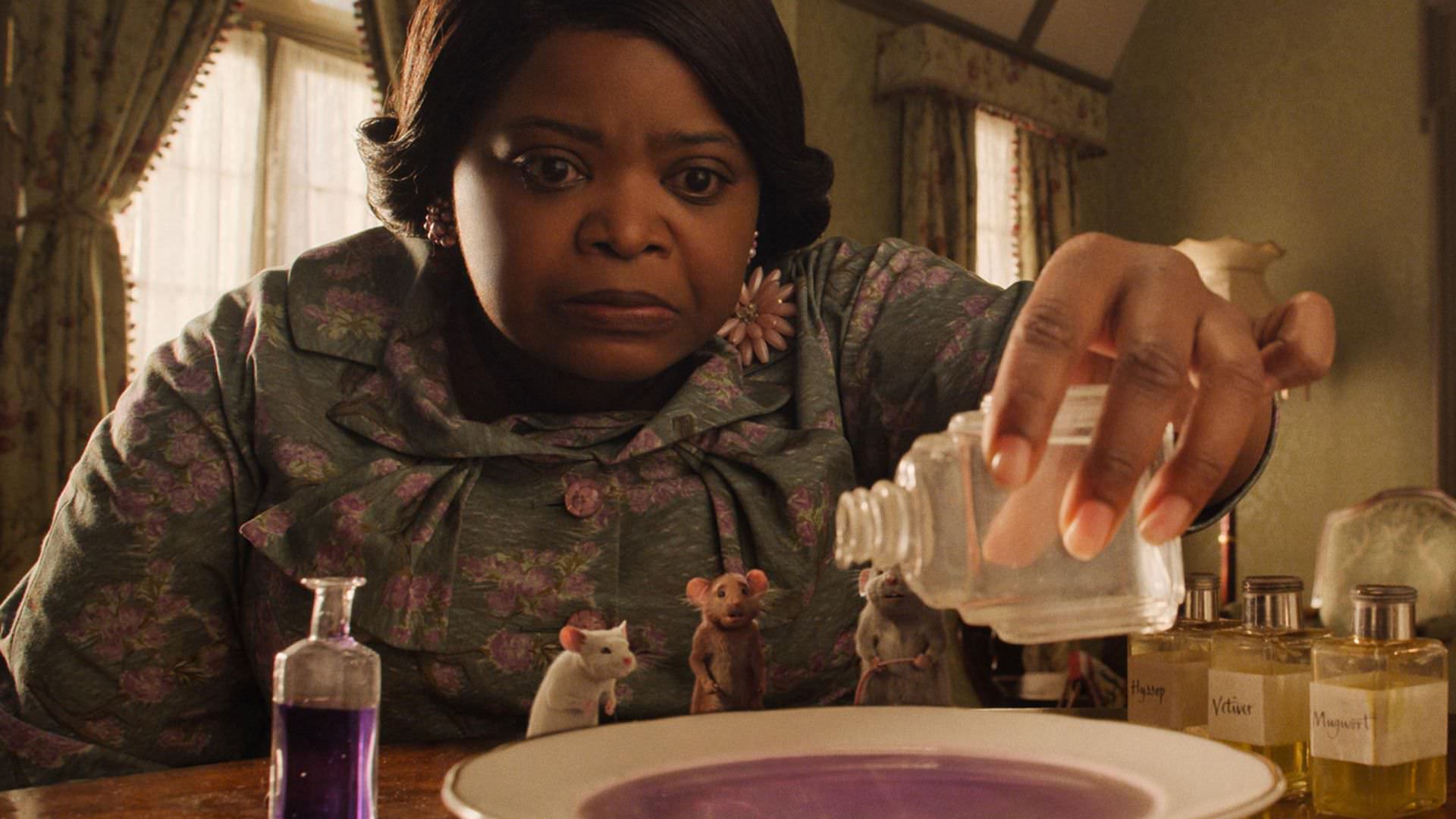 The Witches is definitely not fully baked, but the parts that are are tasty enough. The film also deserves credit for imagining its main characters as African-American, which was not in Dahl’s original book – a choice that should not even merit mention, but does in our racially charged 2020. Let’s hope that choice isn’t one of the reasons it gets lost in the shuffle in a year in which most people will already not see this spectacle in the venue for which it was designed: the cinema. There’s enough eccentricity and delight in the film to watch it in whatever venue makes itself available.