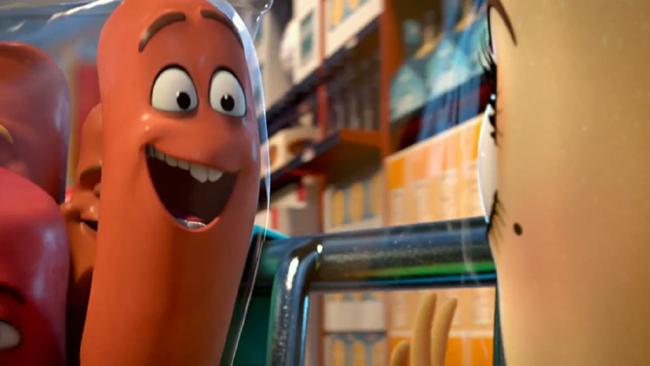 Sausage Party might have been like nothing we had ever seen before. Ultimately, it’s fundamentally comparable to two things we’ve seen too much of. The first of those things is the Pixar blueprint; Sausage Party adopts the aesthetic of a family friendly animation. The anthropomorphic supermarket items are so similar to their Toy Story, A Bug’s Life, Cars and Finding Nemo prototypes that were it not for their steady use profanity and humdrum double entendres they would fit right at home in any of those films. Similarly, the narrative unfolds in a manner so comparable to many Pixar films that, were it not for a handful of scenes that break that mould drastically, it might as well have been.

The second thing that we may have seen too much of is Seth Rogan’s increasingly tired form of comedy. Rogan is one of the world’s leading minds in comedy, and he has used the creative freedom that his fame has allowed to pursue superficially interesting projects. 50/50 was about a man dying of cancer. This Is The End starred Rogan and his famous friends as themselves and lampooned celebrity culture. The Interview focused on an assassination attempt of the North Korean leader, Kim Jong Un. Those are fascinating models for comedy, but each film has been less funny than the previous one. A great concept won’t hold up on its own merits if the comedy itself falls short. Rogan smokes a lot of weed. Things are a lot funnier when you smoke weed, but a comedy should be funny without the precondition of marijuana. 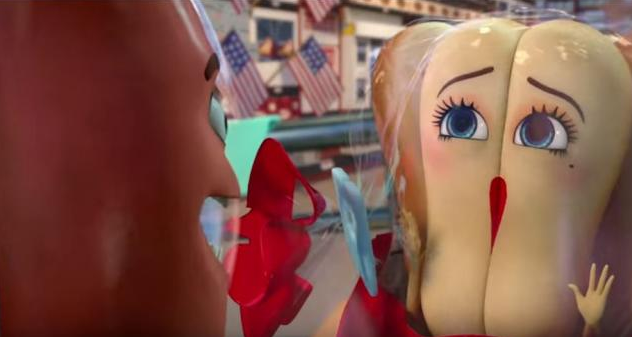 Rogan is Frank, a hot dog sausage living in a packet with seven other hot dog sausages. His girlfriend is Brenda (Kristen Wiig), a hot dog bun. The duo dream of the day that they will be bought by a customer and Frank will eventually be able to ‘get inside of’ Brenda. They’re talking about sex. That’s the level of humour that Sausage Party coasts along on. If that sort of stuff elicits more than an appreciative smile in you then perhaps Sausage Party is the film for you. Otherwise, this is tired, tired stuff.

Frank, Brenda and the host of supermarket items sing songs (written by the great Alan Menkin) about one day leaving the store to travel to the Great Beyond, unaware of the realities that await them there. And then a jar of Honey Mustard (Danny McBride) is returned to the supermarket, tells Frank that all that awaits them at the Great Beyond is being eaten and the revelation sets our heroes off an a journey that resembles a lot of Pixar films, but with drinking and drugs and sex and swearing and violence. That cardinal joke lasts a few minutes. The film lasts an hour and a half. 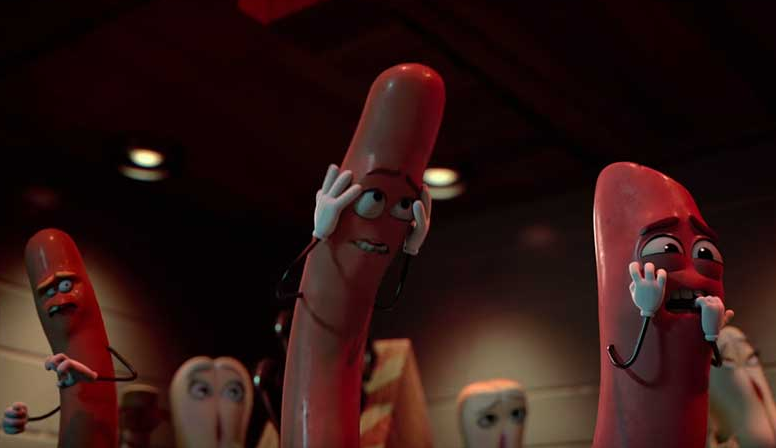 The problem with Seth Rogan tackling such promising concepts is that when the result fails to live up to that concept, the deficiency is more noticeable. His comedic ambitions don’t match his filmmaking ambitions. Seth Rogan has made a Pixar film with characters that swear and have sex and smoke weed. But there’s nothing more to Sausage Party than that, which kind of renders the decision to make the film an Pixar-esque animation somewhat redundant. Why bother lampooning children’s animation for an adult comedy if you’re not even going to try to exploit the possibilities of what lampooning children’s animation for an adult comedy could yield?

The people involved in Sausage Party have the capacity to be tremendously funny but the film continues a recent trend of comedians trusting too much in their ability to make people laugh. It’s as though the writers had a spitballing session and they just said yes to every joke. Swearing is not inherently funny. Sex is not inherently funny. Drugs are not inherently funny. All of those things have the potential to produce enormous laughs, but to do that they need to be coupled with humour, not just thrown at the audience in the hope that some of the shit might stick. Sausage Party is exactly what it says it is – a mix of Pixar’s aesthetic with Rogan’s distinctive form of comedy. Unfortunately, it’s the worst example of both.