"This is the 25th movie in the Marvel Cinematic Universe, and the reaching of that absurd milestone carries with it a real sense of cumulative exhaustion."

"The pleasures of Shang-Chi should not get lost in among the criticisms."

Can Awkwafina just be in everything? No matter what sort of movie, no matter whether it’s comedic or dramatic, the rapper-turned-actress adds a splash of personality to her every moment on screen, one that leaves you forever grateful for her presence. That’s especially the case if the movie needs a little push toward distinctiveness, as some movies over her five years in the spotlight have needed.

It may be hard to admit it, but Shang-Chi and the Legend of the Ten Rings is one such movie. It has a lot going for it on the surface, not the least of which is being a big action tentpole with a cast that’s exclusively Asian or Asian American, with only a few minor exceptions. (One of those exceptions is Ben Kingsley, who is almost as delightful as Awkwafina.) The longer the movie goes on, though, the more an unfortunate but inevitable reality sets in: This is the 25th movie in the Marvel Cinematic Universe, and the reaching of that absurd milestone carries with it a real sense of cumulative exhaustion. (But don’t get too exhausted just yet, as there are still two more MCU movies due out before the end of the year.)

Chronologically, it’s only the second film since the Thanos snap was reversed and all the disappeared people were returned after five years away. (July’s Black Widow took place somewhere in the mid-teens – the mid twenty-teens, and also around that spot in the MCU filmography.) And that means a world where average citizens are fully aware of all the supernatural or extra-terrestrial hocus pocus that would have left them slack-jawed in simpler times. So when a fight breaks out on a San Francisco bus and a hulking brute suddenly manifests a glowing laser sword from the stump in his arm, it doesn’t totally surprise anybody. In fact, one guy is livestreaming it, analysing its details rather than reporting the sheer amazing fact of it.

One person who is surprised, though, is Katy (Awkwafina), who thought she knew that guy fighting the hulking brute. She’s been friends with Shaun (Simu Liu) for ten years and they are currently working together as valets. So the moves Shaun flashes when this man and his cohorts try to snatch the medallion from his neck leave her pretty slack-jawed indeed. Soon the two of them are trying to keep the vehicle from crashing while Shaun subdues a dozen baddies with just his feet and fists.

Some explaining is in order. Shaun confesses to Katy that he is actually Shang-Chi, son of Xu Wenwu (Tony Leung), the immortal leader of a secret organisation called the Ten Rings, which has played a hidden role fighting wars and overthrowing governments throughout history. Wenwu attained his power a thousand years ago by acquiring ten magic rings he wears around his wrists like bracelets, which keep him young and can be commanded as unbeatable weapons in close combat, or to clear whole battlefields. This has corrupted his previously benign soul, and now he’s coming for Shang-Chi and his Macao-based sister Xu Xialing (Meng’er Zhang), for the very sorts of purposes that sent them into hiding in the first place. 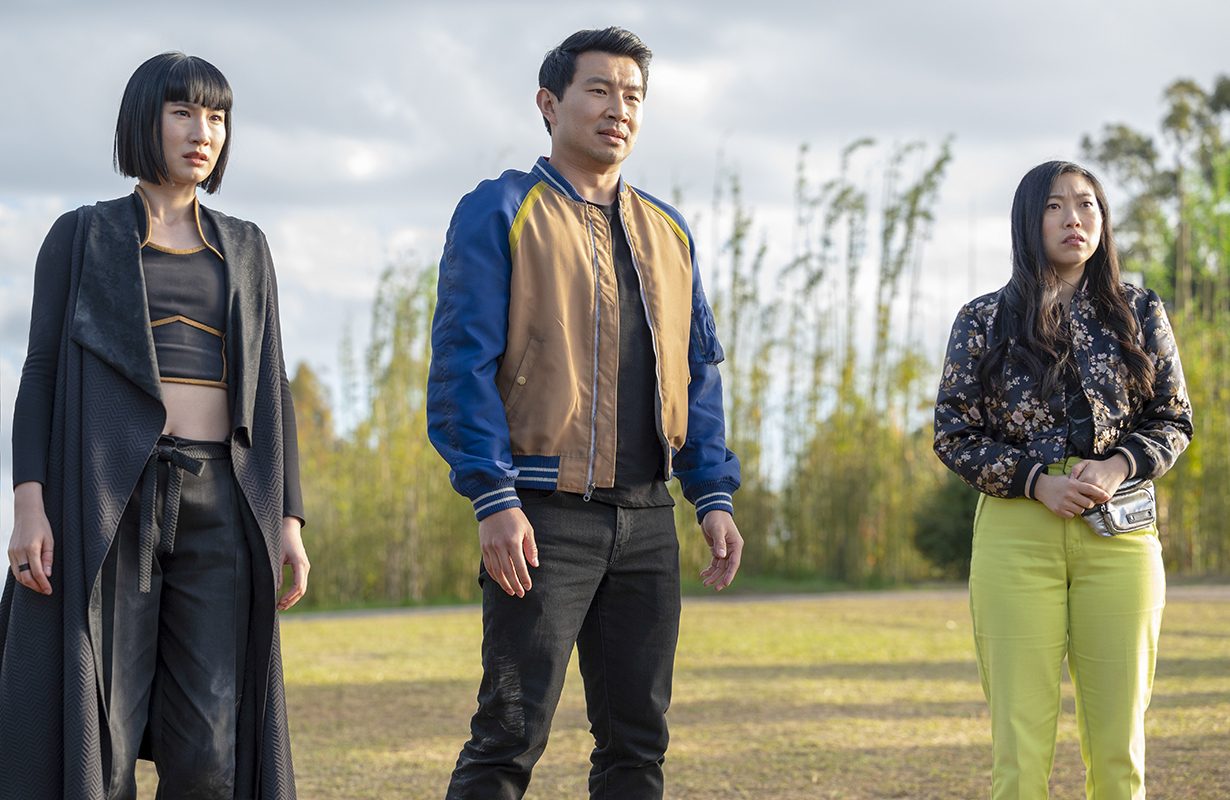 The traditional method of structuring a review is to talk about events that occur in the first third of a movie, for fear of spoiling anything that comes later – but also because the setup is often the best part and the most fun to discuss. That is doubly true for Shang-Chi and the Legend of the Ten Rings. The opening to Destin Daniel Cretton’s film has a light-hearted spirit that combines with our first exposure to the ten rings and their powers, creating an effervescent cocktail that leaves a big smile on our faces.

As must happen in most films of this nature, the simple pleasures are short-lived. Halfway through, Shang-Chi starts to get weighted down by the onerous burdens of yet another “chosen one” narrative, its fresh first gestures replaced by familiar large-scale Marvel set pieces. There are intermittent pleasures here as well, but the details begin to stand out less from other Marvel movies. This blending is unsurprising, as we all know where this is headed: the intermingling of Shang-Chi with the other heroes of the MCU’s Phase IV. Even if the film is more judicious with that than other recent MCU films, it’s there and it reminds you that this is all pointed toward an increasingly indistinct gruel of superhero tropes to which we’ve borne witness since Iron Man.

Another reminder of how it all blends together is that the film’s director, Destin Daniel Cretton, is just the latest MCU director plucked from an indie film career whose sensibilities do not seem to appear in the final product. Cretton is known for his critical favourite Short Term 12, which happened to star current MCU poster girl Brie Larson, and 2019’s Just Mercy – a pair of realistic social dramas. It’s hard to say what would be the “Cretton touch” here, though he certainly carries off the house style more than capably, which may be all that matters to Kevin Feige.

The pleasures of Shang-Chi should not get lost in among the criticisms. Chief among these is the filtering of Marvel’s iconography through a distinctly Asian lens. That’s not just the actors, but the melding of the MCU with the look and rhythms of wuxia films. An opening fight scene between Leung’s character and Shang-Chi’s mother, played by Fala Chen, might bring fond memories of Crouching Tiger, Hidden Dragon rushing to the fore. It’s another way the film gets off on the right foot, and as Asian locales, both urban and rural, are incorporated into the rest of the action, the film feels individual at least in this particular sense. Plus you’ve got a potentially star-making turn from Simu Liu in the lead role, to complement what veterans like Awkwafina, Leung and Michelle Yeoh are doing with their part of the material. 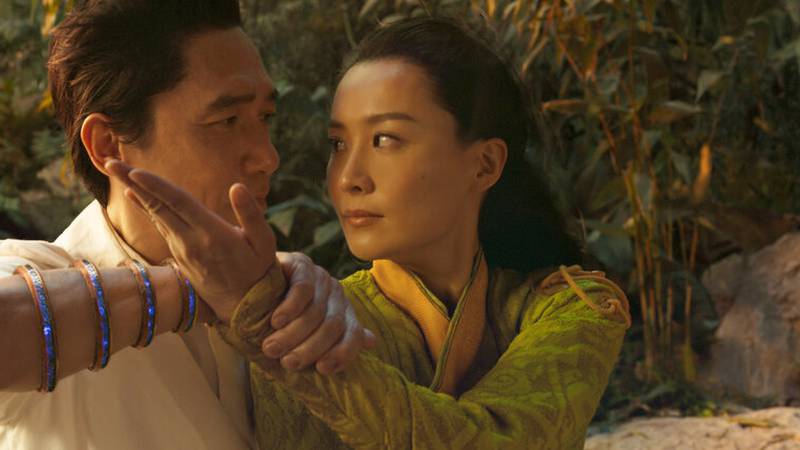 It strikes me, though, that there’s a parallel between the average citizen living in this phase of the MCU and an average viewer watching these movies – as in, a viewer whose MCU loyalties ebb and flow depending on the strength of the project. Just as the people on that bus were no longer surprised to see an epic battle between two magical people breaking out in front of them, those of us who haven’t been totally indoctrinated may have reached that point where this is all more bemusing than thrilling. It’s hard to enjoy it as much as you might, knowing it’s all headed toward the same place in the end.

Shang-Chi and the Legend of the Ten Rings is currently playing in cinemas and will be available for streaming on Disney+ starting November 12th.